1. The Ghost of Stow Lake 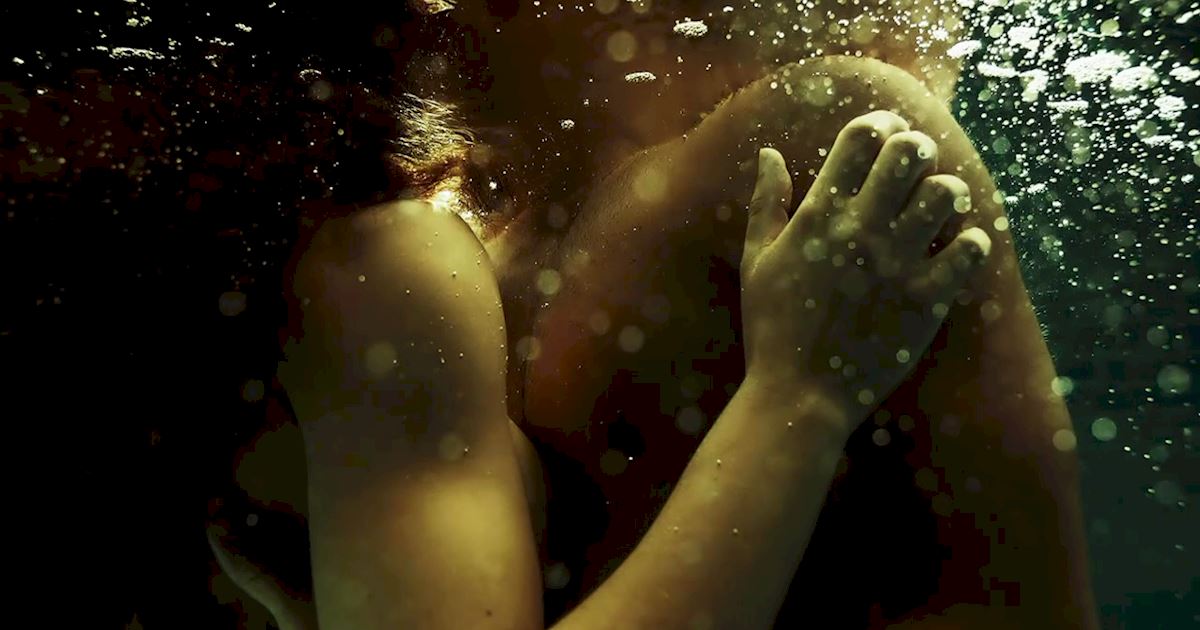 In 1908 a man was pulled over by the cops when he was driving too fast. When the police officer spoke to the man he found him shaking and talking gibberish. The man claimed a woman had crawled out of Stow Lake while he had been fishing there that morning. What he saw was so lifelike the man had walked over to the woman and tried to help her out of the lake. It’s believed that this woman, who had long blond hair and was barefoot, was the ghost of a woman who drowned herself and her baby in the lake in the 18th Century. 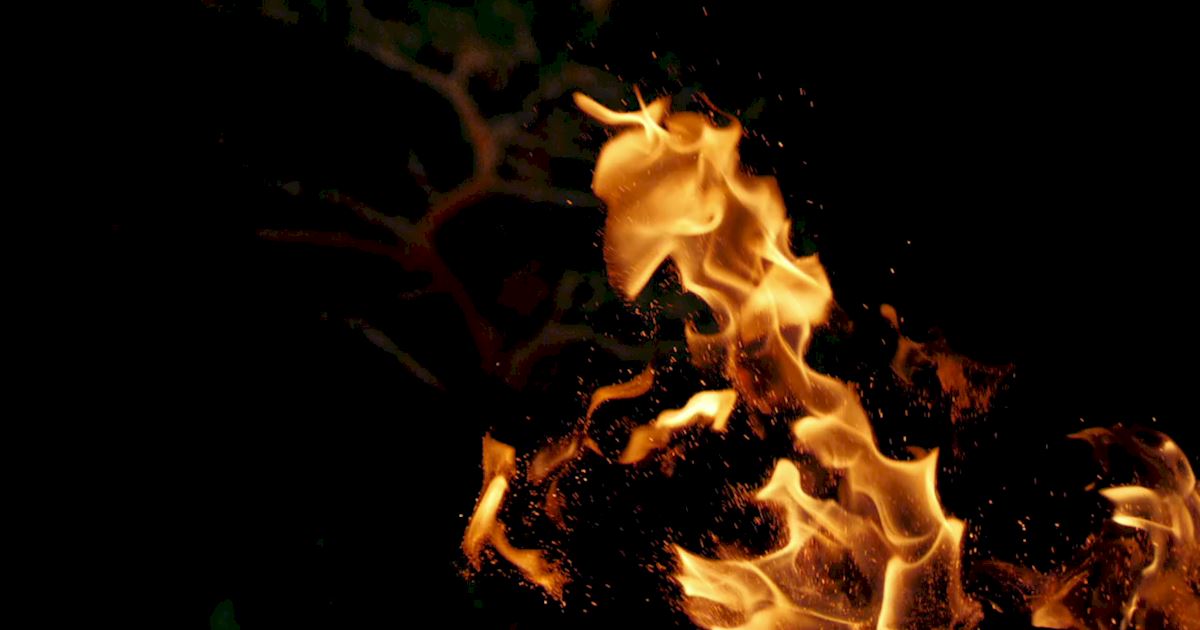 In the Ojai Valley in Camp Comfort County Park, California, the grotesque figure of a burned man can be seen by an unlucky few. It is believed that a mysterious wildfire which engulfed the woods in 1948 killed the Char-Man when he tried to protect his wife and son from the flames. Taking shelter in a ditch, the Char-Man lay over his family to shield them from the fire. His burnt body was later found strung up to a tree but his wife and son were never found or heard from again. Some say they have heard a woman and child screaming on the site where Char-Man died. Others believe they have been chased by Char-Man, who claws at people’s skin, trying to replace his own…

3. The Girl Who Was Buried Alive 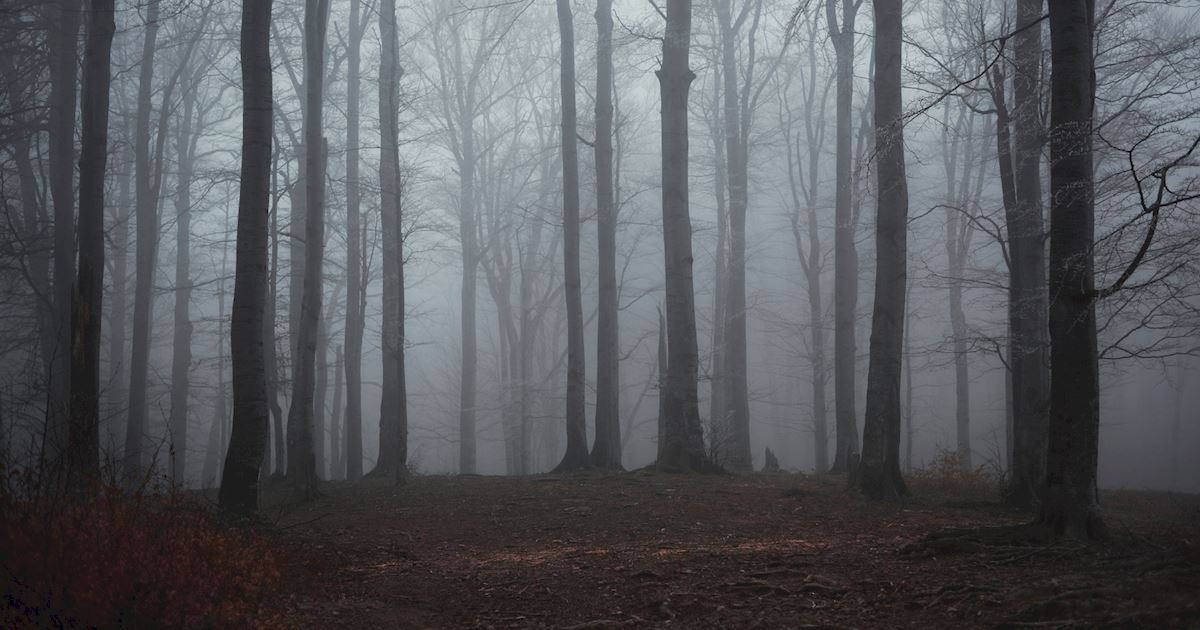 In 1692, a 13-year-old girl was abandoned in woods just outside of Salem, Massachusetts by her father who suspected her of being a witch. After hearing rumors that his daughter had been terrorizing townspeople, the girl’s father led a mob into the woods to find her and kill her. The girl escaped the fire but was met with a group of angry men who began chasing her deeper into the woods. When the girl fell into a deep ditch, she called to her father for help and as she reached up to her father he started to shovel dirt over her. Now, people who visit the woods think they can hear the muffled, agonizing screams of the girl who was buried alive… 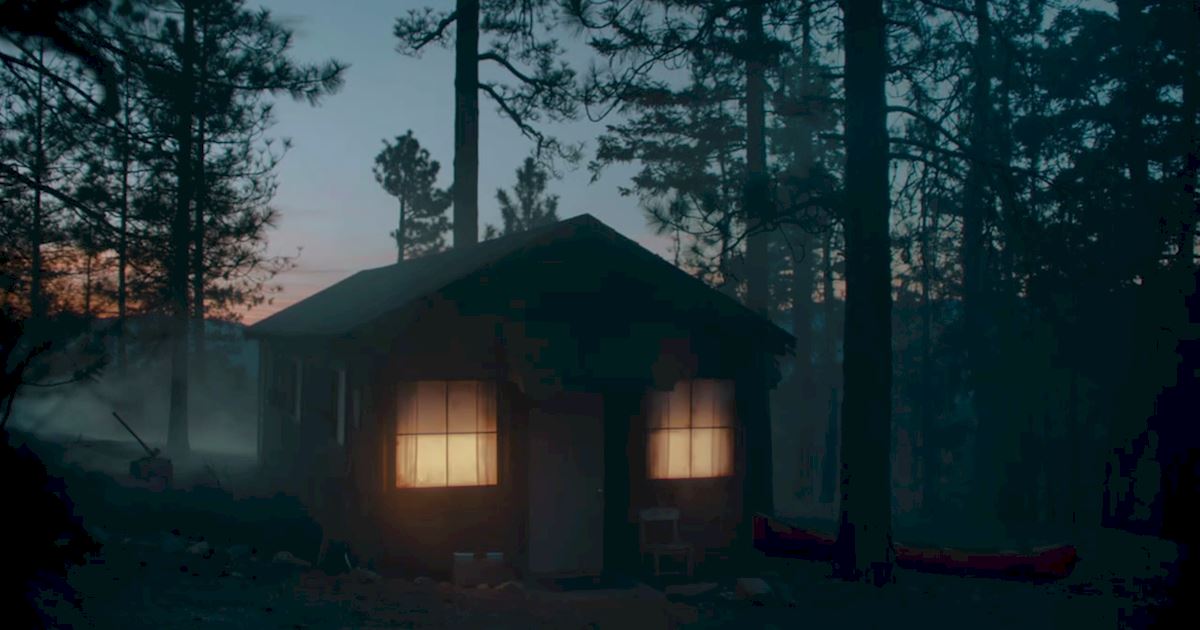 Hidden on a back road, Camp Connecticut is a derelict summer camp with a dark history. Before the area was a camp, a poverty stricken family lived in the woods. Driven insane with hunger and thirst, the man killed his daughter and wife before hanging himself from a tree. When the area was developed into a camp 100's of years later, a camp counselor went crazy, killing 60 children and 4 other counselors by locking them in their cabins and setting them on fire. Before drowning herself, the counselor scratched 'the hanging man told me' into a tree stump near the lake. People believe the guilt-ridden ghost of the man haunts the empty camp with people hearing hysterical laughter in the woods in the dead of night.

In 1971, a camp counselor at Camp Nook Creek started a game of hide and seek with the campers. He sent the campers to hide and made himself the seeker. After an hour or two the counselor had found all the kids except one, James Lacy, but called time on the game because it was getting late. He yelled for the kids to return to their bunks for a count. Everyone returned except James. The counselor called his colleagues and they searched for him all night but James was nowhere to be seen. Once a police search finished, the camp was closed for the rest of the summer and re-opened three years later. The same counselor returned and was setting up at the creek for a canoe lesson for the new campers. Upon overturning one of the canoes, he was hit with a putrid smell. Underneath the canoe he found the remains of James. Scratch marks lined the inside of the boat where the child had tried to get free once he became trapped. 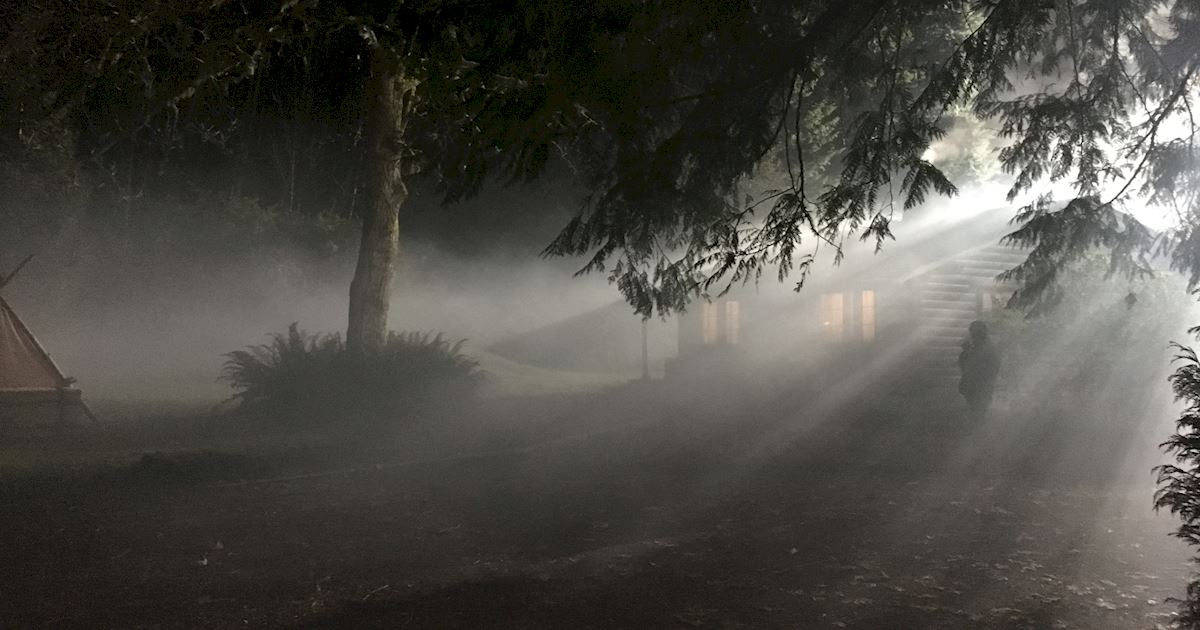 At Springpeaks Camp near Lake Michigan in 1982, a group of boys decided to raid the cabins of the girls who were staying at the camp. One night when the coast was clear the boys snuck out of their own cabin and creeped into the girls’ cabin. It was so dark that the boys couldn’t see anything and were feeling around the room. As they tried to find candy and snacks to steal, the cabin light turned on and the boys figured they were busted. But in the doorway was a masked-figure holding a blood drenched knife. The boys screamed and started shaking the girls’ beds to wake and warn them. That’s when they realized that they, and everything else in the cabin, was covered in the blood of their fellow campers. By the end of the night, every single camper and counselor had been murdered by the masked-figure… 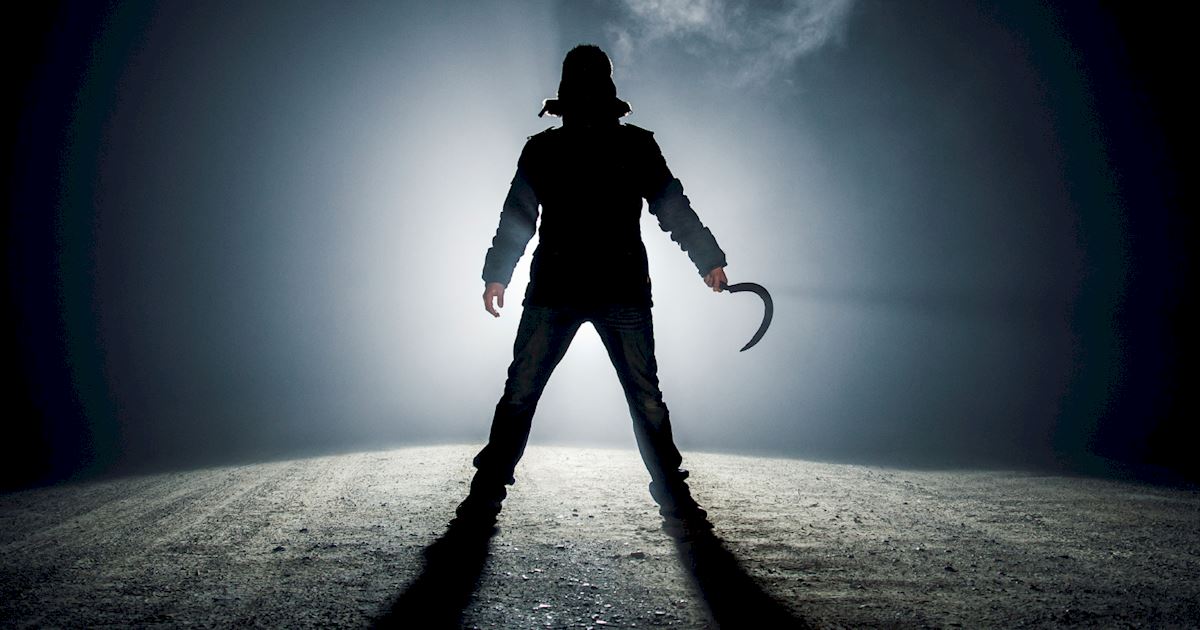 In 1876, a 10-year-old boy bludgeoned his mother and father to death while they slept after his mother had told him she was going to have a baby. When the housemaid found the boy sitting in his parent’s blood the next day, he told her that someone had come into the house in the middle of the night and murdered his parents while he hid under his own bed. No one knows what happened to the boy after this, but a campsite now sits on the land his parents used to own. Campers and hikers who stay at the site have said they sometimes hear a child’s laughter. Others have seen the ghosts of the mother and father he murdered, drifting through the woods holding hands. 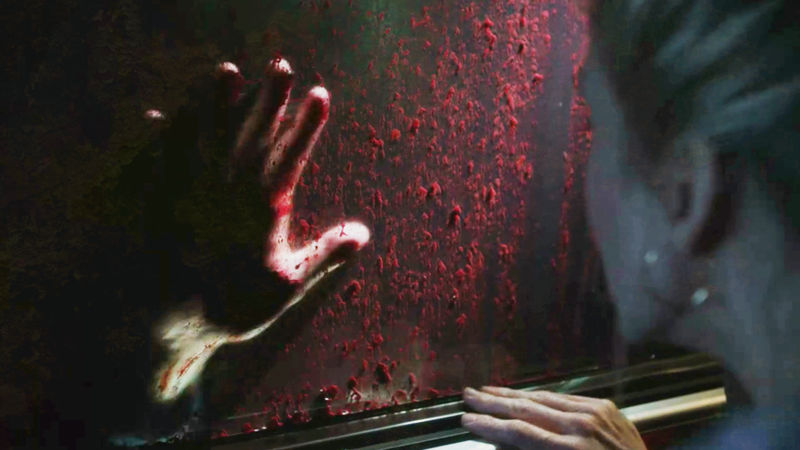 11 Weird Thoughts We Have After Watching A Scary Movie 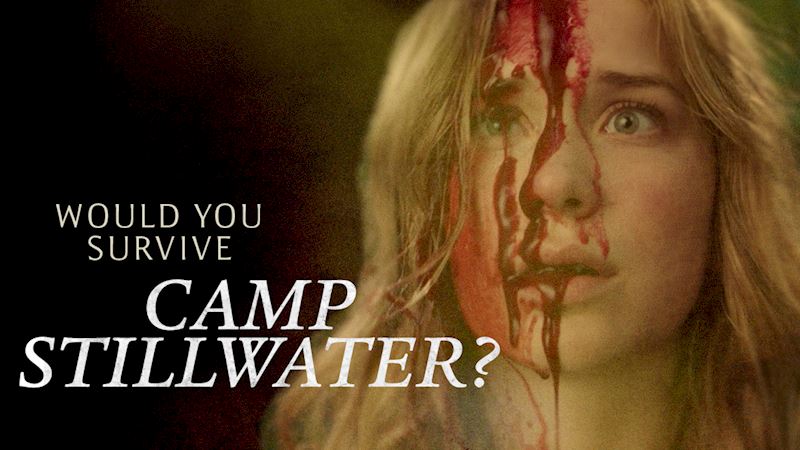 Would You Survive Camp Stillwater? 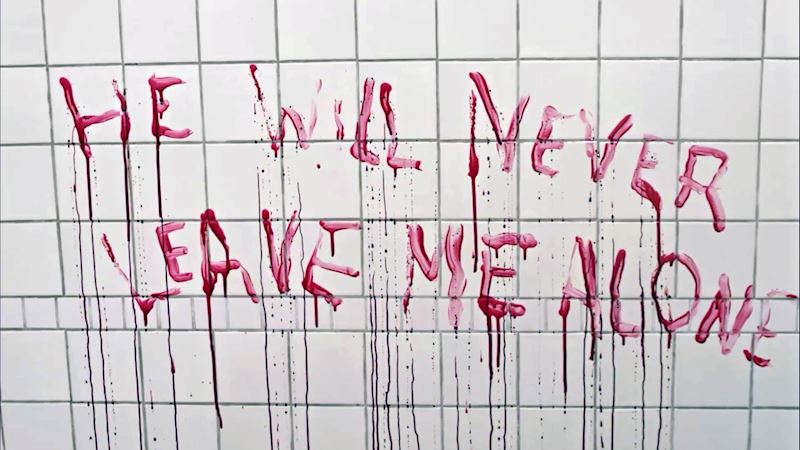 31 Fears We Blame Entirely Upon Our New Horror Obsession