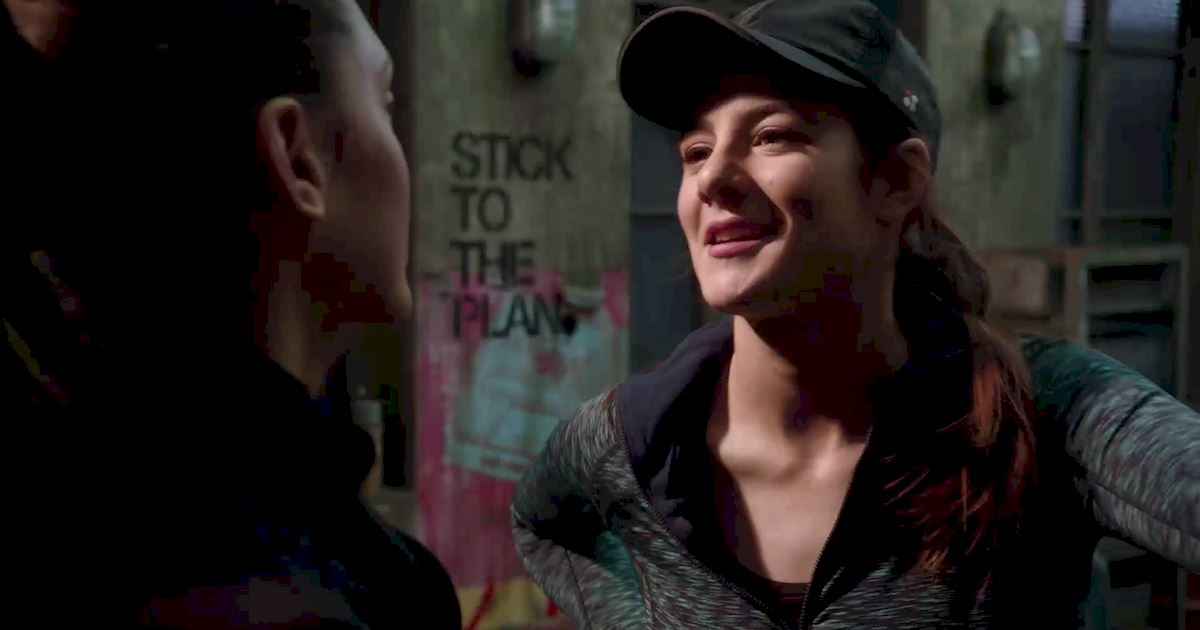 Natalie and Grace are seen running through London, and laughing together. It is clear that Natalie is worried that they're being followed by a man on a bike, but Grace is being distracted by newspaper headlines. She's visibly relieved that the news of an upcoming Royal wedding is keeping the paparazzi busy. The sisters race each other to Luc's place. The man that Natalie spotted earlier appears at the window and starts to take photographs of Grace and Luc together. Natalie tackles him and yells for Grace to call the police. The man then angrily states that he IS the police, and arrests Natalie for assault.

Tampering with the evidence? 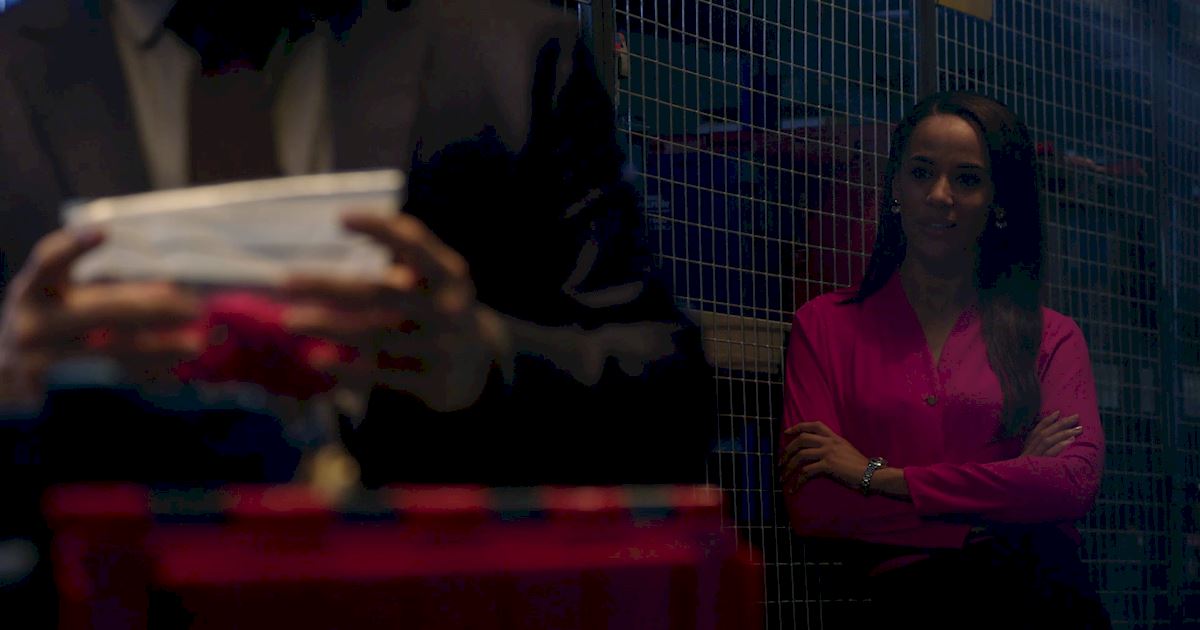 After being threatened by Prince Theo, D.S. Bruno is caught holding Molly's underwear by Gwendolyn. He makes up a lie about wondering whether Molly had a sugar daddy who was buying her expensive lingerie, when in fact he had just switched out the real evidence, for a duplicate. Gwendolyn tells D.S. Bruno that “the evidence room could be fun” before unbuttoning her blouse. The two are interrupted by a call from one of Gwendolyn's investigators. 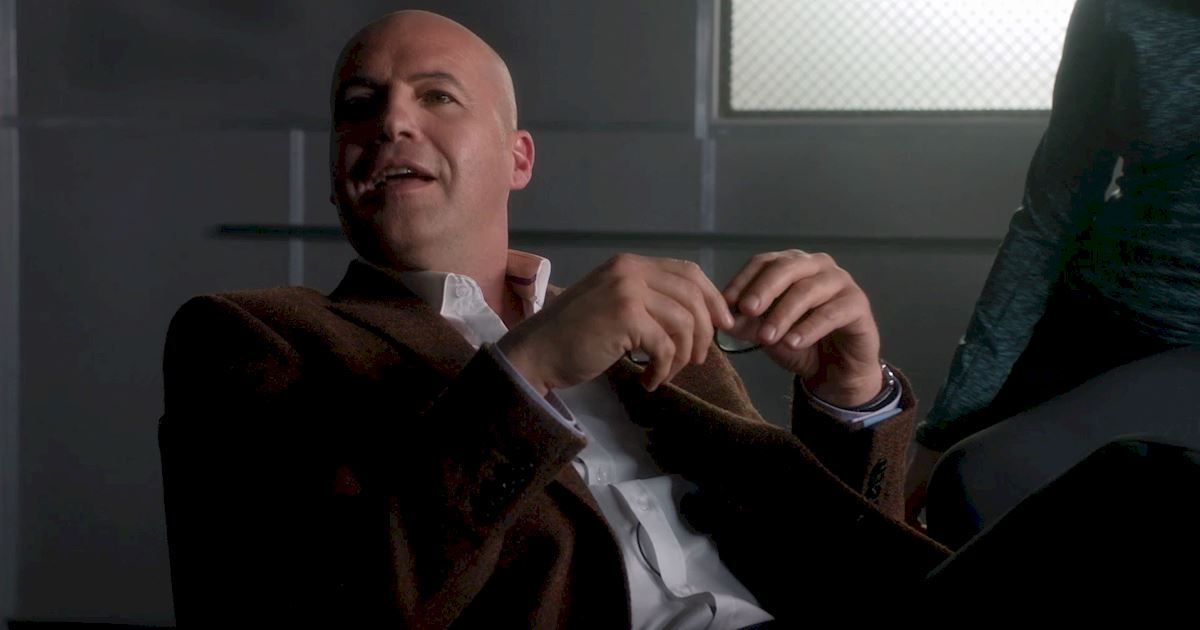 Just as it looks like Natalie is in big trouble, Stan arrives and tells Gwendolyn that Natalie's actions were clearly self defense after she was pushed over by the police officer outside Luc's flat. He vows to keep Gwendolyn busy with mountains of counter-suit paperwork. Gwendolyn reluctantly drops the case against Natalie as she knows that Stan's threats are serious, particularly when he brings up how terribly her team handled the Beatrice Linley fiasco. Natalie wonders why the police are after Grace so much, she's worried about what they know. 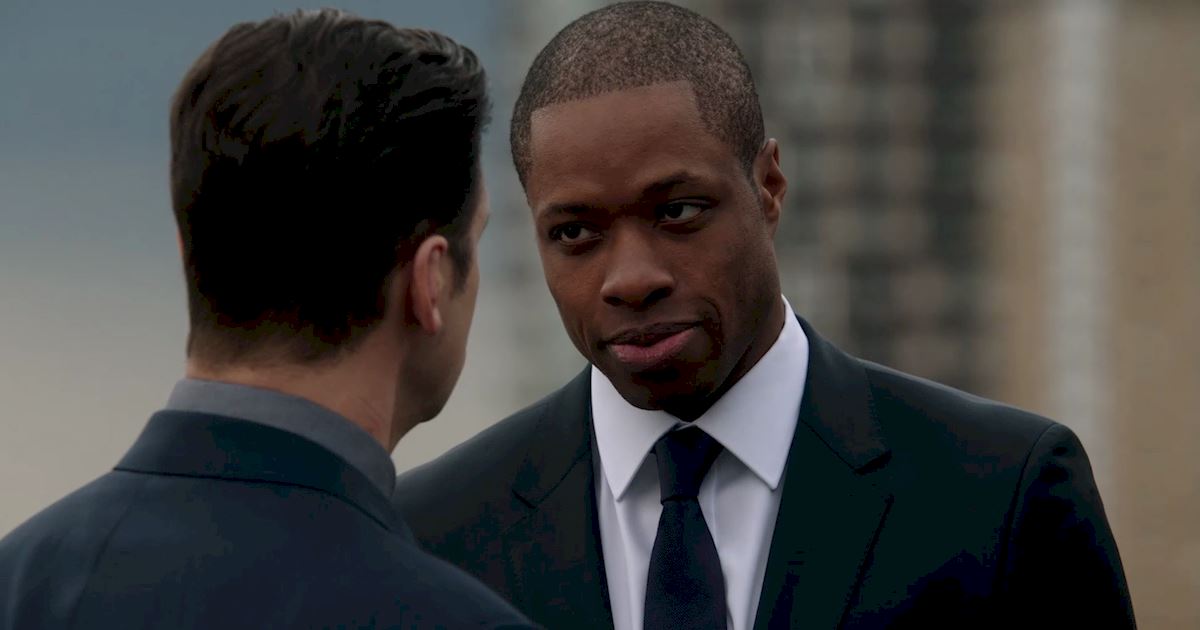 Grace finds Luc freaking out about an upcoming solo art show. She tells him to stop doing drugs so he can keep a clear head. Grace wants them both to be able to enjoy something positive happening in their lives for once. Meanwhile, D.S. Bruno hands over Molly Ryan's underwear to Phillip who tells him that switching the evidence was just a test. Unless D.S. Bruno acquires some of Molly Ryan's blood, Phillip will expose secrets from a previous case and ruin his career. 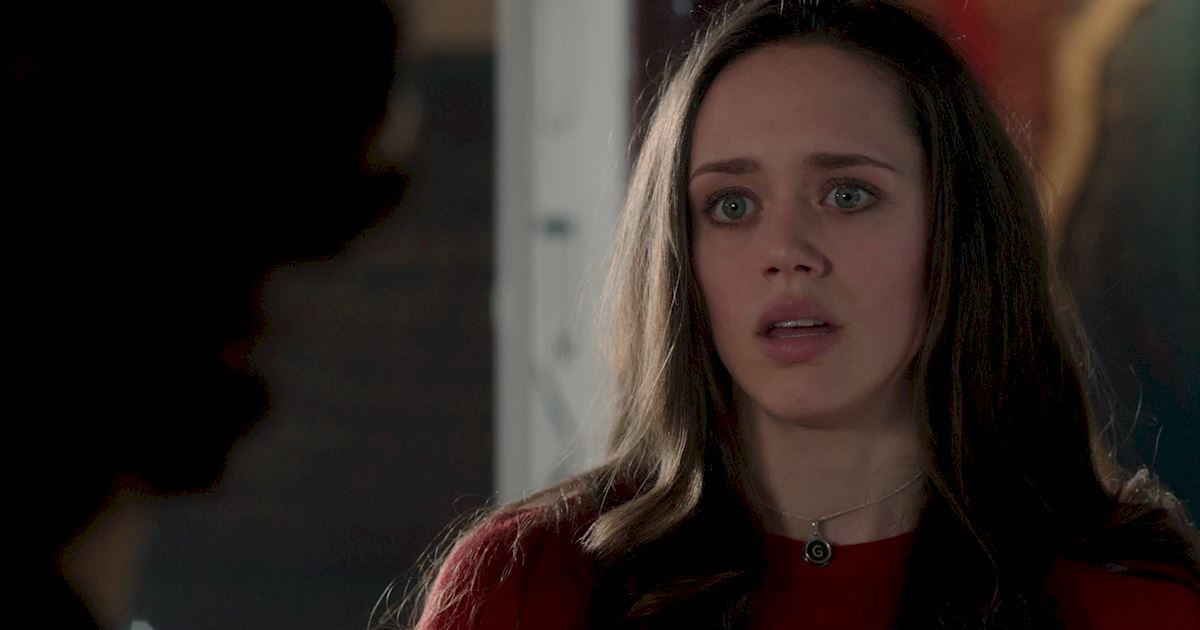 D.S. Bruno and Pike investigate the house that Molly's stalker could have been hiding in. They discover that a woman lives there with her son, and that she hired painters to do some work a few weeks earlier. She didn't trust them and thought they'd stolen from her. The detectives are seen chatting about the case in the pub when Natalie walks in. D.S. Bruno tells Pike to head on out and says he'll pay for their drinks. Pike knows exactly what's going on but disappears off as Natalie walks over. Across town Grace is proudly taking photos of Luc, before she discovers his emergency supply of blow. She can't believe he would lie to her about kicking his habit, and worries what else he could be lying about. 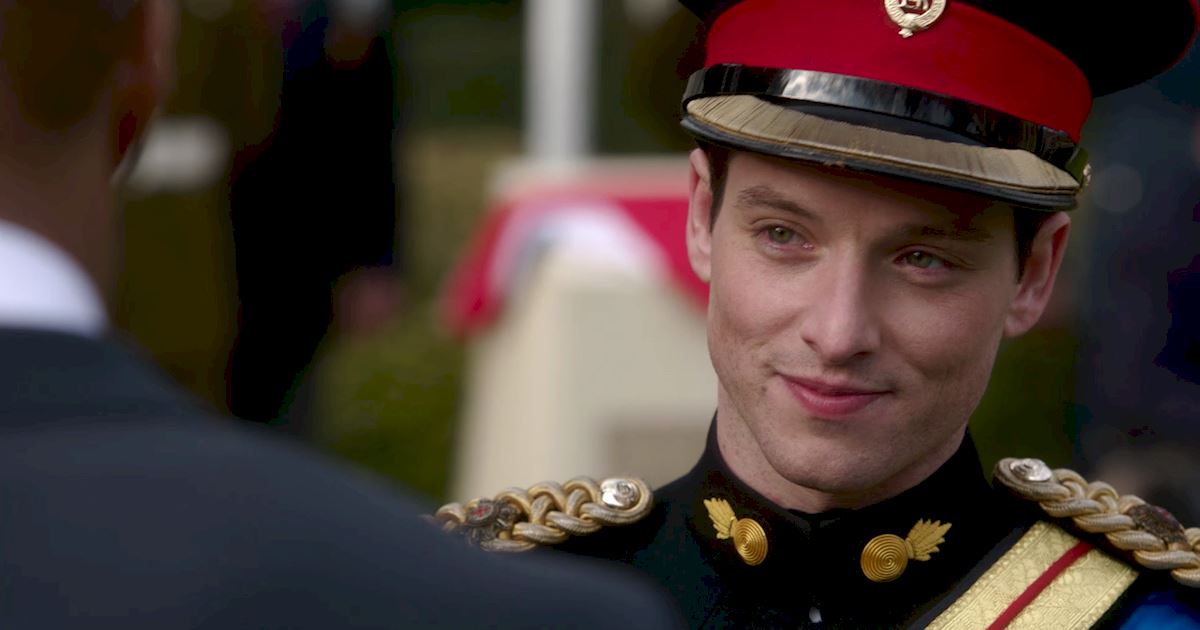 Just as D.S. Bruno and Natalie are getting closer in the pub, Gwendolyn walks in and sees them holding hands. She looks furious, and storms out. Meanwhile Prince Theo delivers a rousing speech, before checking in with Phillip about how Molly Ryan's case is going. Phillip encourages D.S. Bruno to be more co-operative by sending Internal Affairs to review the case that could bring down his career. The scare tactic works as he is then seen extracting blood from Molly. Back from the pub, Natalie consoles her sister as Luc tries to call. He leaves Grace a voicemail promising her a surprise if she turns up to his art show. 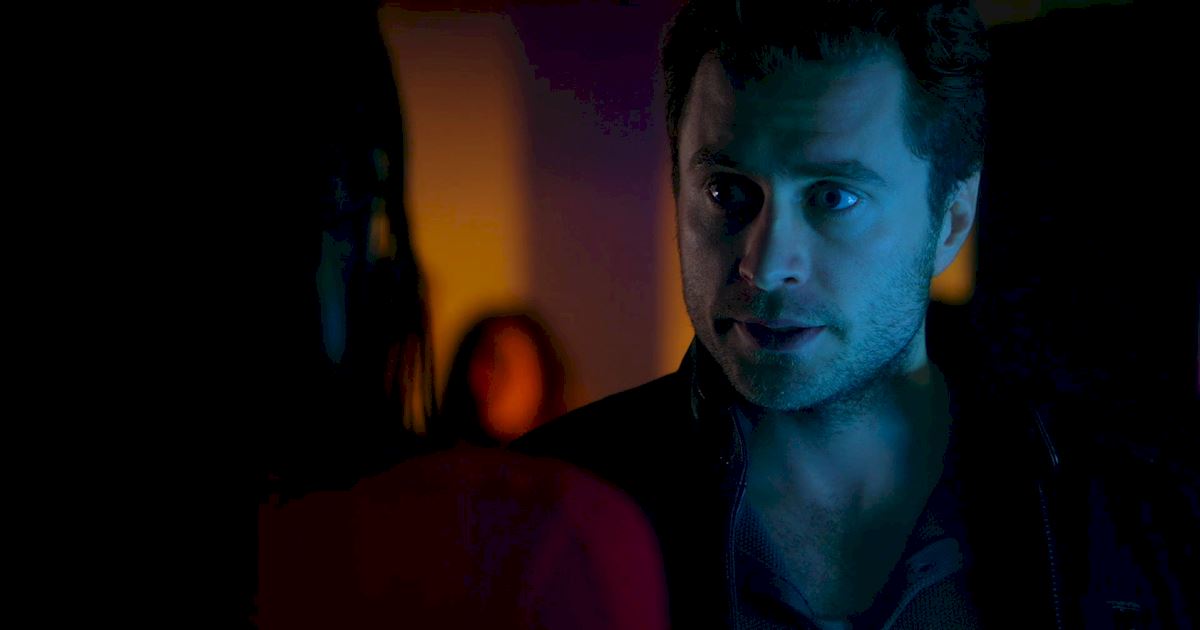 Despite reassuring Gwendolyn that he'd leave London, Patrick is still doing investigations of his own. He visits Roz at work to try and get some information from her but doesn't get very far. After spotting Kaley wearing the same necklace as Molly had, he tries to quiz her but she's quickly escorted away from him. Later, Patrick finds Kaley in a laundromat and it turns out he planted his cell on her so he could finish their conversation. Kaley tells him that she can't speak to him about the necklace, but eventually cracks and tells him all. Patrick can't face hearing the truth about his sister and leaves. 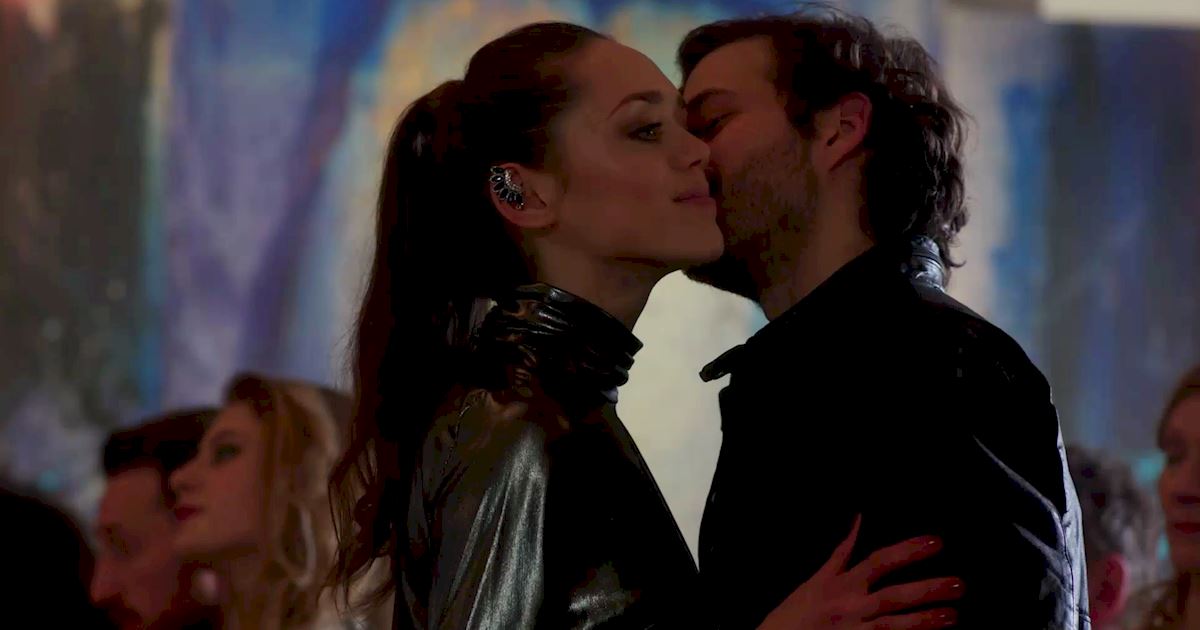 Natalie tries to reason with Gwendolyn and implores her not to allow past experiences influence how she views Grace. The murder of a school friend that nobody took the fall for has haunted Gwendolyn for much of her career. Gwendolyn agrees that if Grace can come in for one final round of questioning, she may be able to fully release her. Natalie encourages her sister to play ball, but the interview turns in to Gwendolyn viciously accusing Grace of murder. Grace states that Molly had her blood under her nails because she had pierced Grace's belly button the day of her murder. Gwendolyn reluctantly lets Grace walk free to attend Luc's art show. D.S. Bruno is then promptly removed from the case. Grace and Luc make up, and he shows her a beautiful painting that he's made as a surprise. 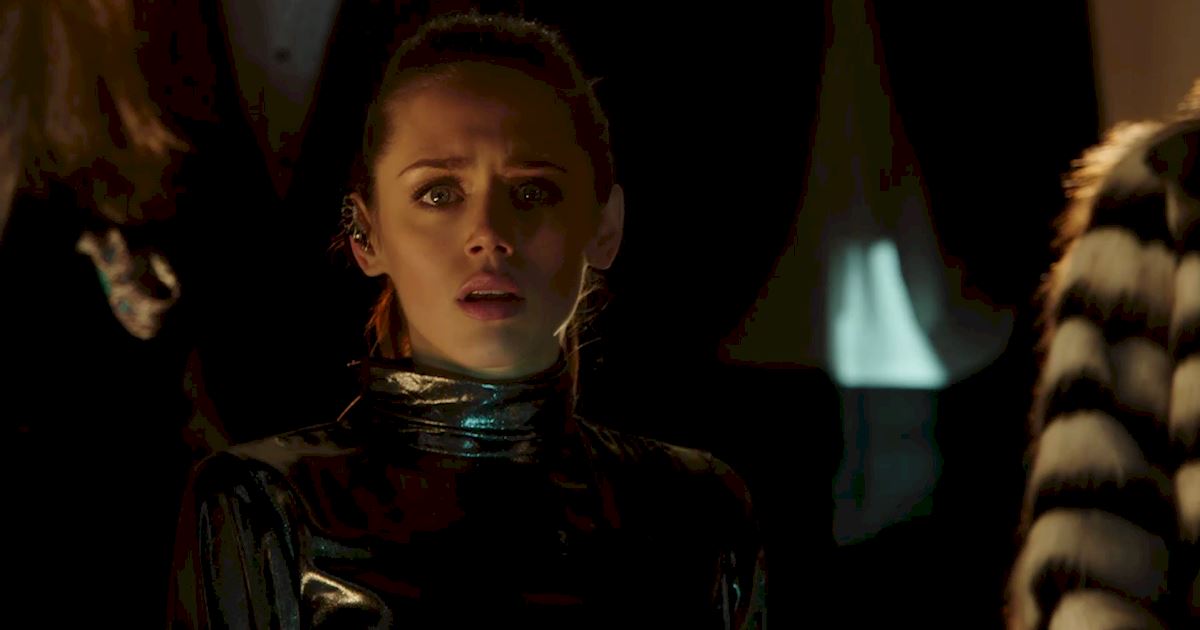 Natalie and D.S. Bruno are also at Luc's art show, mainly for the free drinks. They have a passionate, and flirty, exchange before leaving together. Roz arrives with a gift for Luc and she and Grace resolve their differences. The two girls speak about how much they miss Molly, as Luc goes outside for some fresh air. A guy asks Luc for some blow, and he hands over his emergency stash as he doesn't need it anymore. The man then encourages Luc to take some money from him. It turns out to be a set up so that Luc can be arrested. Gwendolyn looks on from a parked car, while Grace watches, horrified, as the scene unfolds.

You can watch the episode on Freeform below!

The crown prosecutor may not be unbiased about Grace.