Patrick has a plan. 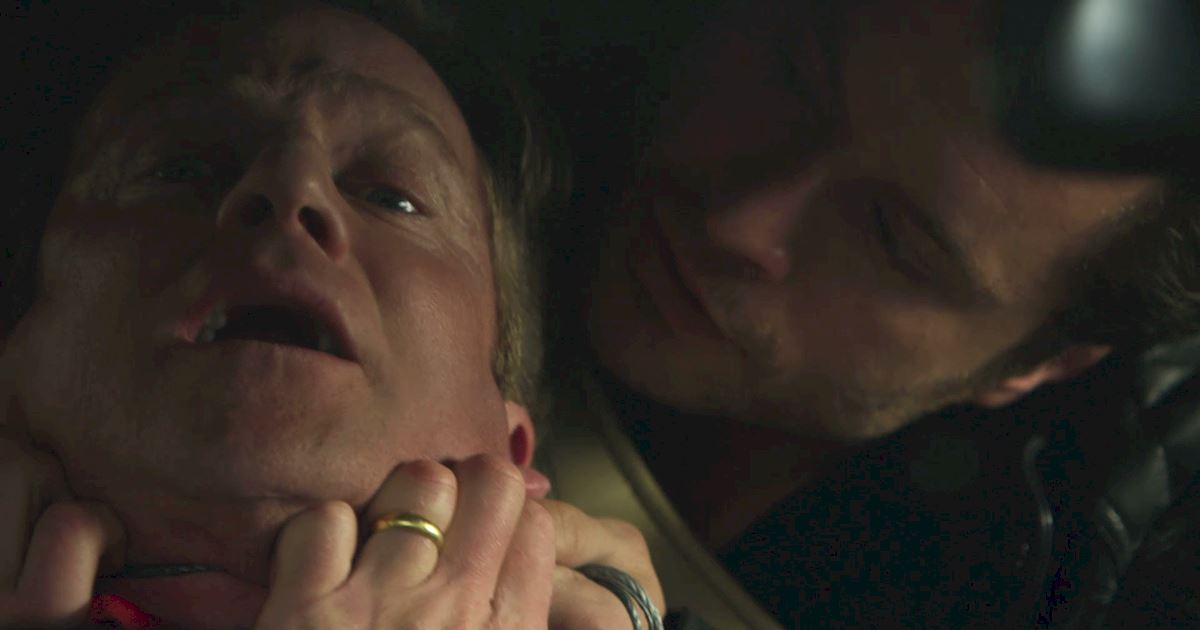 In a flashback Patrick remembers his little sister talking about one day studying ballet in the Royal Ballet in London. Back in the present, Patrick is hiding out in a house boat. He has floor plans, and photos, from the Courtenay Club. One picture shows a man in a flashy suit. Patrick follows the man and blackmails him into agreeing to help him break into the Courtenay Club.

Luc has been arrested. 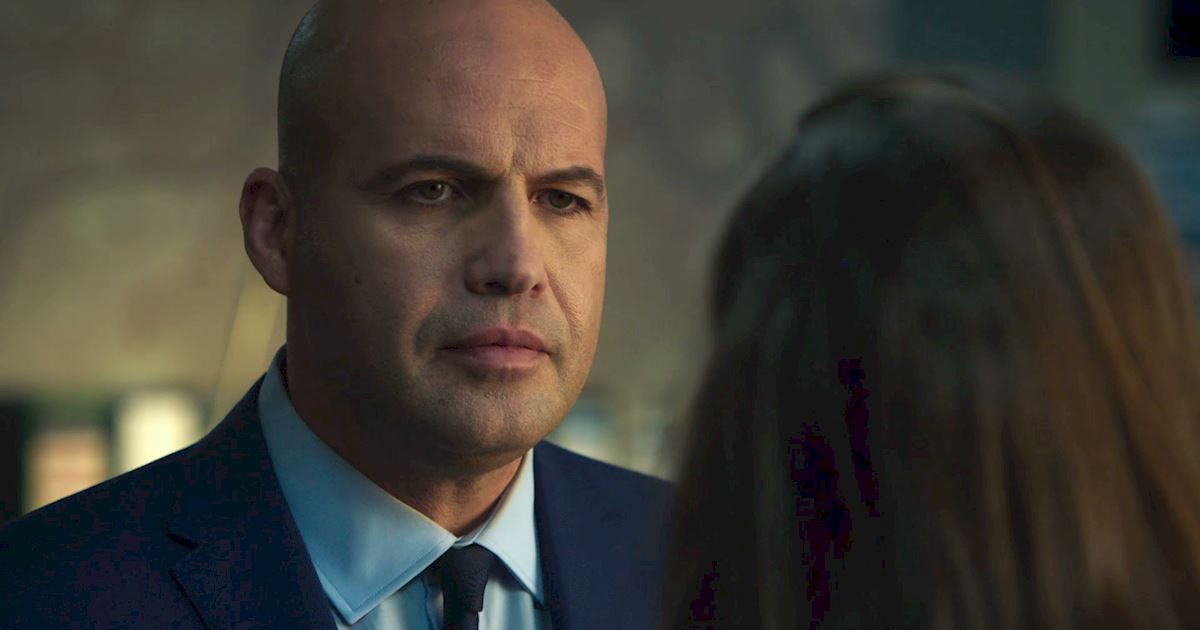 Grace paces in the police station trying to get in contact with her sister to explain that Luc has been arrested. Meanwhile, Natalie wakes up in bed with D.S. Bruno. He asks her about a scar and she tells him how her dad had to pick her up from a party in the snow when she was 16 years old. Her father died from injuries sustained in a road accident. She blames herself for her father's death but Bruno insists that it wasn't her fault. Bruno gets a text from an unknown number telling him to stop avoiding their calls. He ignores it and focuses on Natalie. At the police station Grace asks Stan for help defending Luc. He points out that Luc is a drug addict and not worth Grace's time. 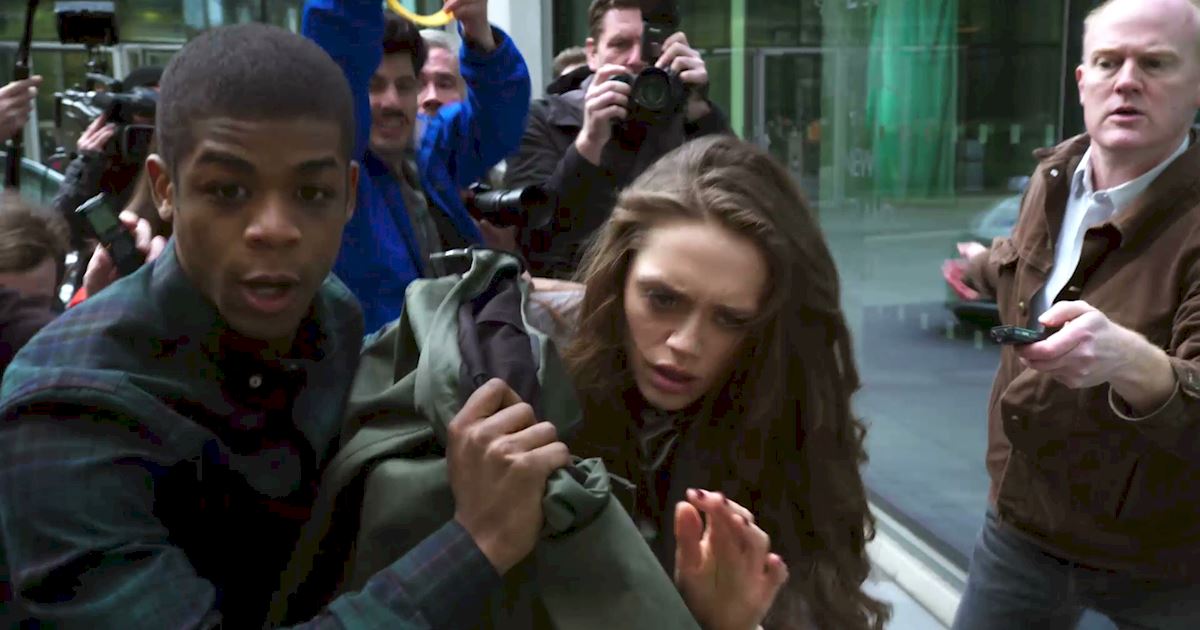 As Grace leaves the police station she is besieged by reporters. A young man tries to protect her and helps Grace get away from all the cameras. Her phone falls and is smashed in the scuffle. The man offers to help her fix the phone back at the shop he works in. Though she is initially wary, Graces follows Neville to his shop after deciding that he is harmless enough. Back at the station Stan confronts Gwen about her arrest of Luc. He points out that the police did not follow procedure while arresting the Frenchman. Gwen realizes that they only have 22 hours to get Luc to talk before he will be set free. 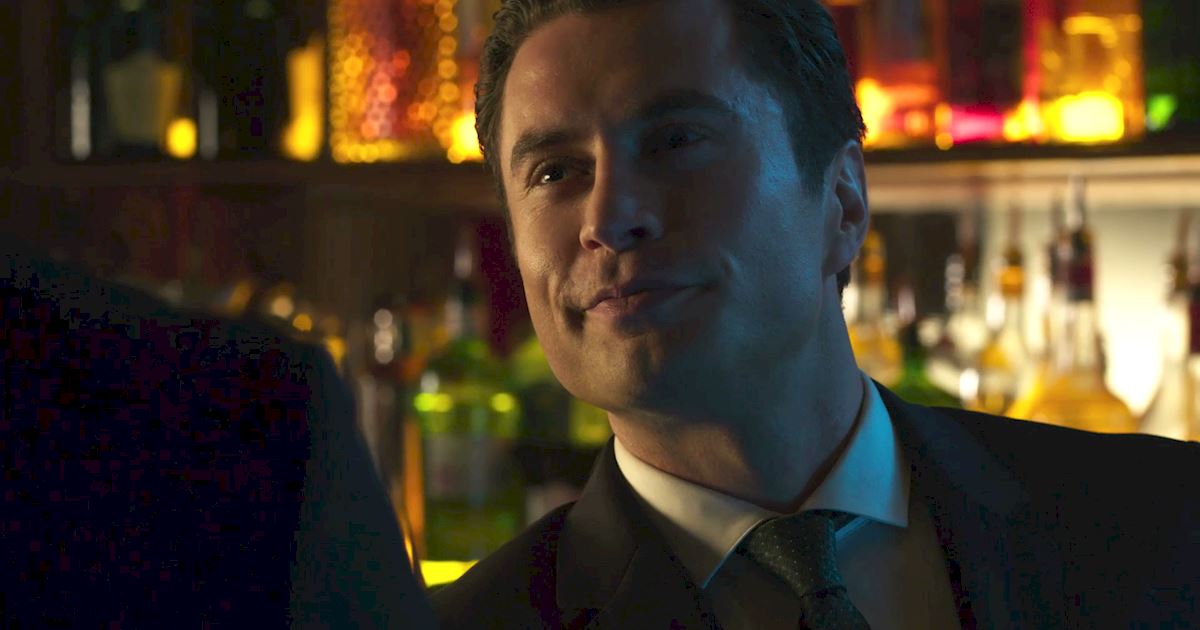 Patrick is brought to the club by Mr. Purferoy and tries to blend in as just another client. Mr. Purferoy introduces Patrick to Finch, the owner of the club, as his cousin from Ireland but Finch does not look convinced. He mentions a strict vetting process for all guests. Patrick manages to convince him that he's no danger. Finch makes an exception for Patrick and allows him to stay instead of kicking him out. The two men are invited in to another room to meet the girls. 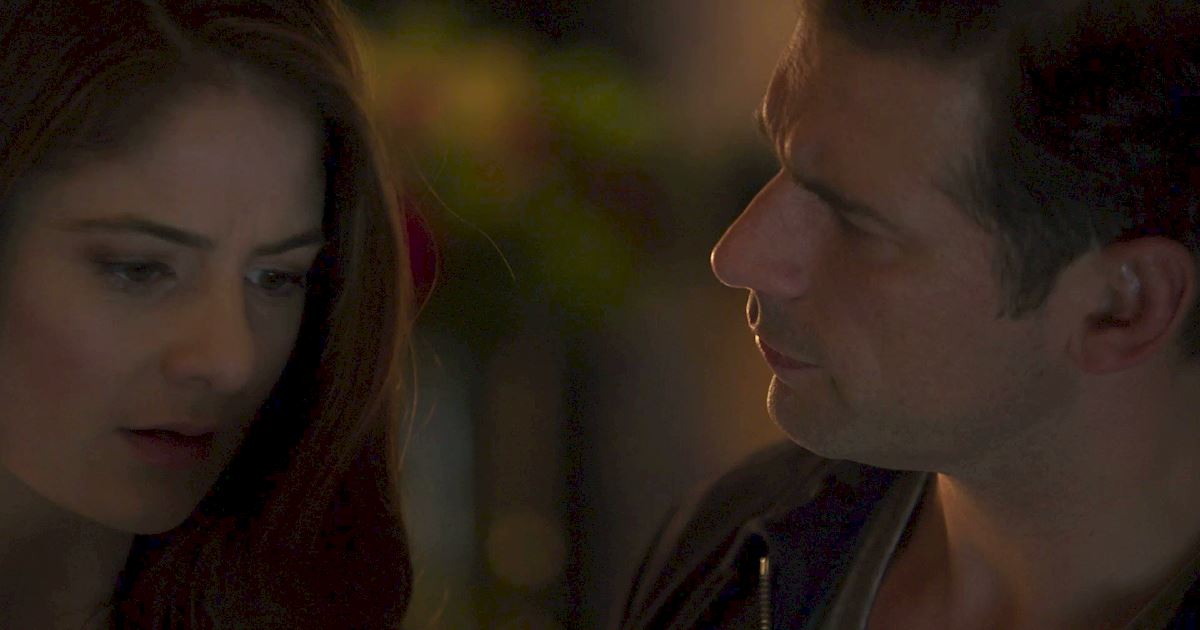 Grace goes to Neville's tailor shop to get her phone fixed. While there she notices a dress that looks exactly like one Molly used to own. She starts to feel suspicious of the young man. Meanwhile, Natalie and Bruno are trying to track down Grace. Bruno suggests she might have run away again but Natalie is not convinced. Natalie gets a news alert showing Grace with a young man that she doesn't recognize. She starts to worry that he might be a threat to her sister's life.

Kaley comes to the rescue. 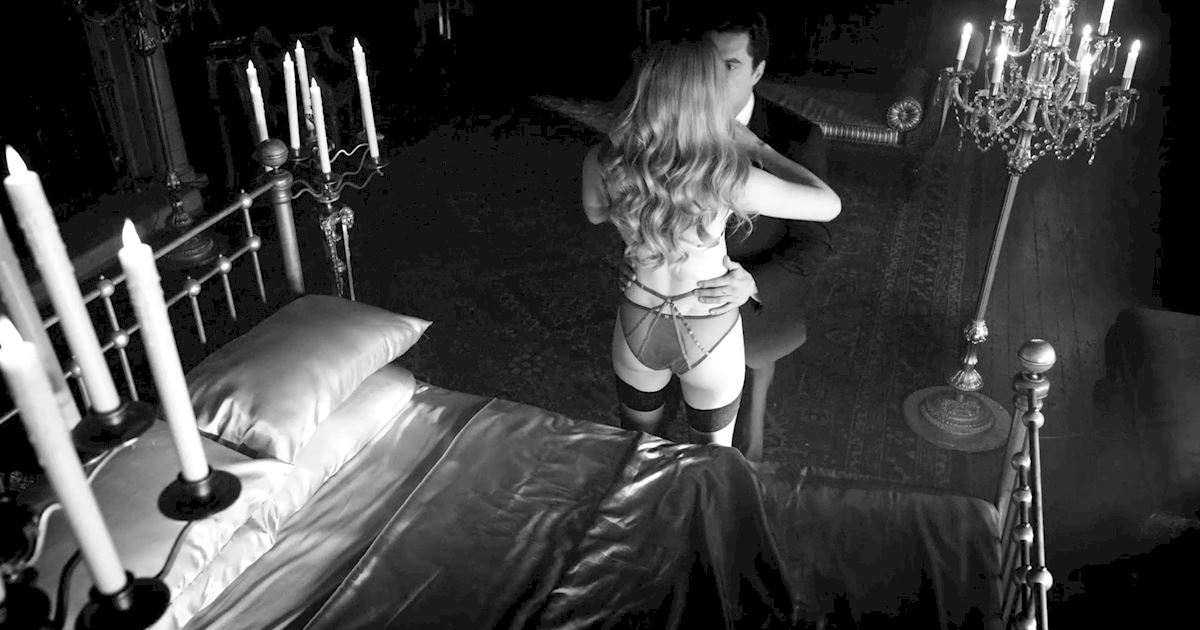 Patrick is left to wait for his "girl" in the Courtenay Club. He uses this as an opportunity to go snooping around Finch's office and is able to acquire his ledger. A member of the club's security hears noises and almost catches Patrick in the restricted area. Just as Patrick is confronted by another member of security, Kaley arrives and covers for him. They start to take off their clothes in Kaley's room as she warns him that he could get in trouble for sneaking around. Back at New Scotland Yard Gwen is looking over all the files from Molly Ryan's murder case. D.I. Pike points out that D.S. Bruno has already done a lot of work on the case, and that he is a good police officer.

Grace is in danger. 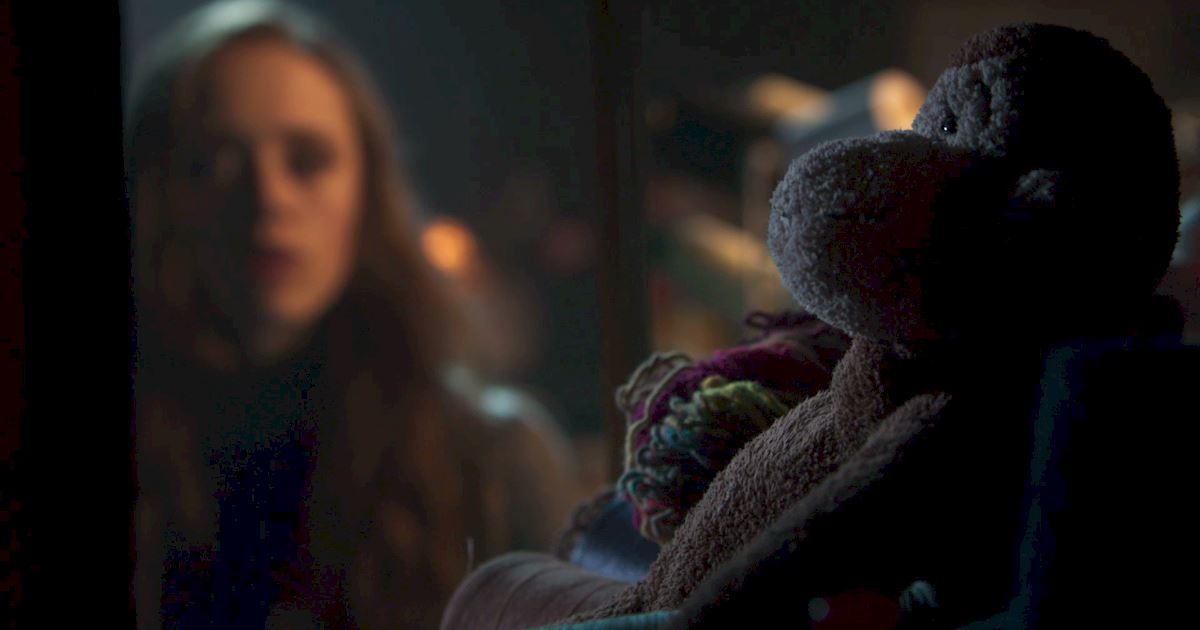 Bruno scans Neville's photo through the facial recognition database to see if they can get a match. There are no results. D.S. Bruno then realizes that he recognizes the young man in the photo. In the meantime, Neville is telling Grace about the bullies in his past. She suddenly sees Molly's stuffed monkey on a shelf behind him and tries to run away. The door is locked, and Neville tries to get her to listen to his explanation, but she is determined to get out. They struggle and she is knocked out cold. 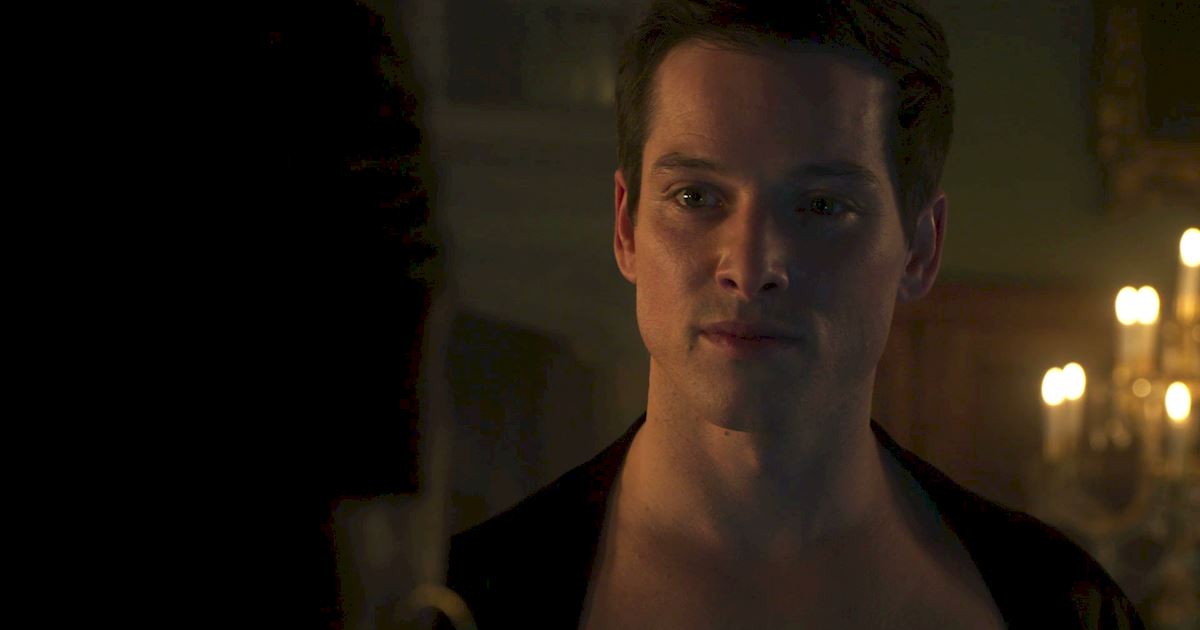 Back at the Courtenay Club people are looking for Kaley as she is late to meet with Gentleman 33. Roz sees that she is in another room with Patrick on the CCTV footage. She goes to the room of Gentleman 33 to let him know that Kaley is no longer available. We find out that Prince Theo is Gentleman 33 and he is furious that Kaley will not be visiting him. Roz and the Prince talk about how much they miss Molly. D.S. Bruno visits Neville's mom and tries to track him down so that they can locate Grace. His mother defends her son but Bruno convinces her to tell them where Neville is. 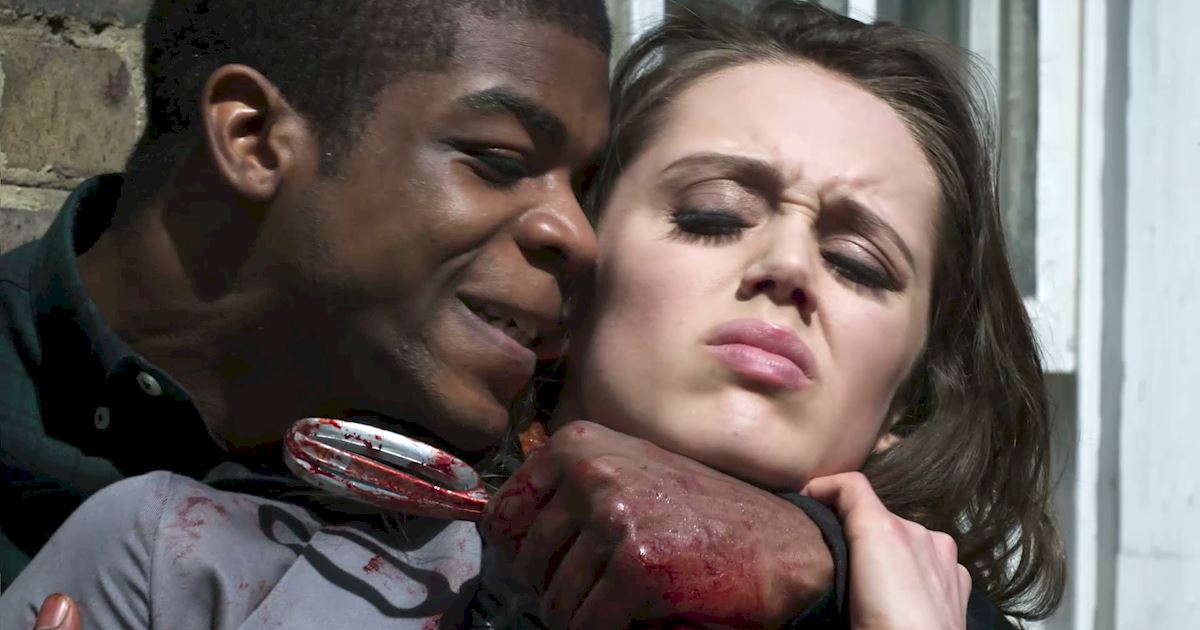 Neville tries to convince Grace that he didn't mean her any harm. She realizes that he was Molly's stalker and so stabs him in the leg with a pair of scissors. She runs out the door and Neville, still heavily injured, follows her. Catching up to Grace, Neville threatens her by holding scissors to her throat. At that moment D.S. Bruno and Natalie arrive on the scene and try to convince Neville to let Grace go. Natalie talks about Neville's mother and manages to calm him down while Grace escapes. Bruno runs after Neville and arrests him in the street while Natalie comforts her terrified sister.

Finch is on the warpath. 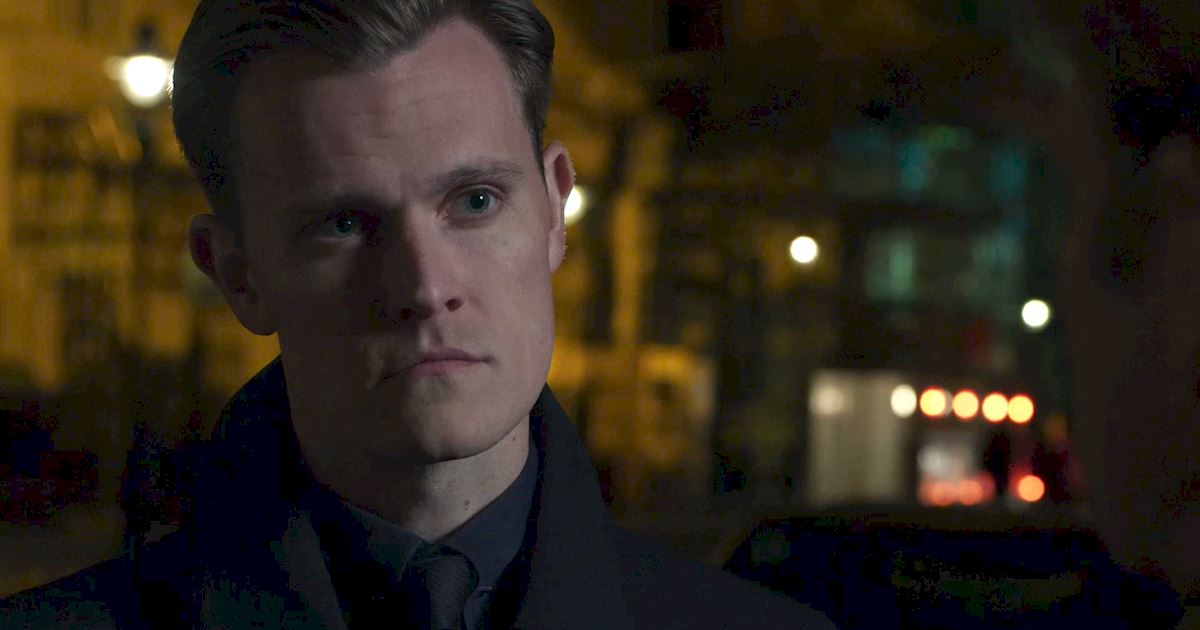 At Kaley's apartment Roz confronts her girlfriend about the situation with Patrick Ryan. She tells Kaley that Patrick stole the client ledger and that Finch will kill them if he finds out that they were involved. Back on the barge, Patrick combs through the ledger and sees the name "Gentleman 33" in connection with his little sister. Meanwhile, Finch follows Mr. Purferoy home and demands to know the truth about Patrick. When he doesn't get the information he wants, Finch knocks Mr Purferoy to the ground. 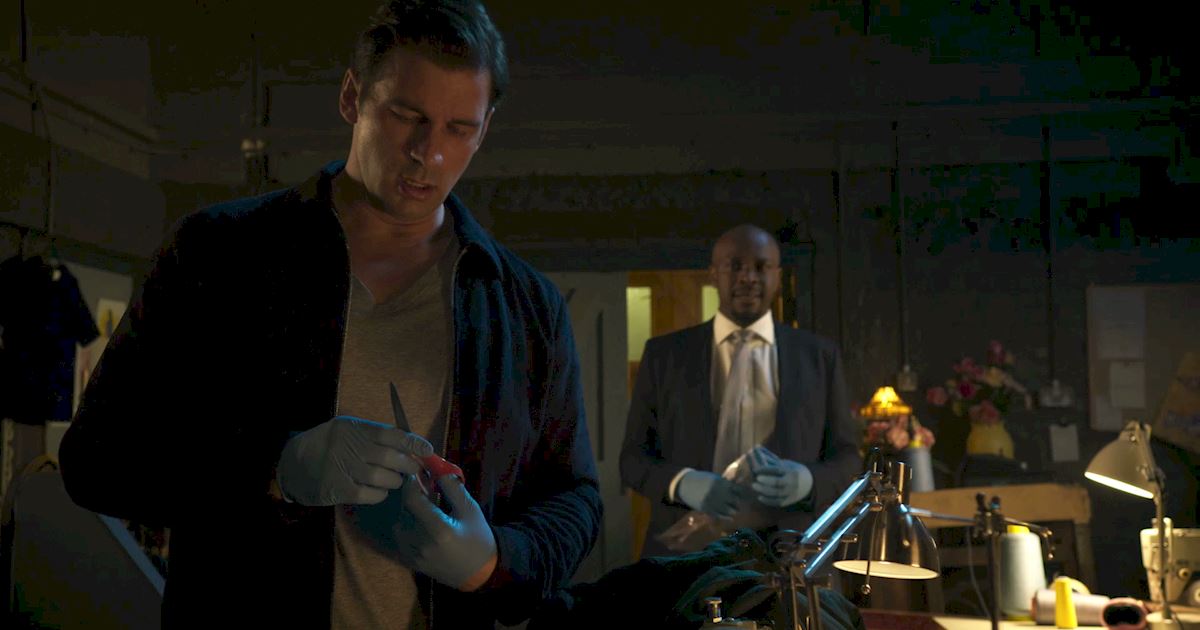 D.S. Bruno goes back to Neville's tailor shop at night with the intention of planting some of Molly's blood there to frame him. However, at the same time he finds scissors and realizes that Neville was left-handed. This means that he couldn't have been the murderer. D.S. Bruno won't frame the man when he knows, for sure, that he must be innocent. Meanwhile, Natalie tells Grace that Stan is positive that he can get Luc out of jail. Grace is still very shaken up and Natalie tries to apologize for not being by her sister's side. Grace insists that she is not to blame and persuades her sister to come out dancing with her.

Luc and Grace have a secret. 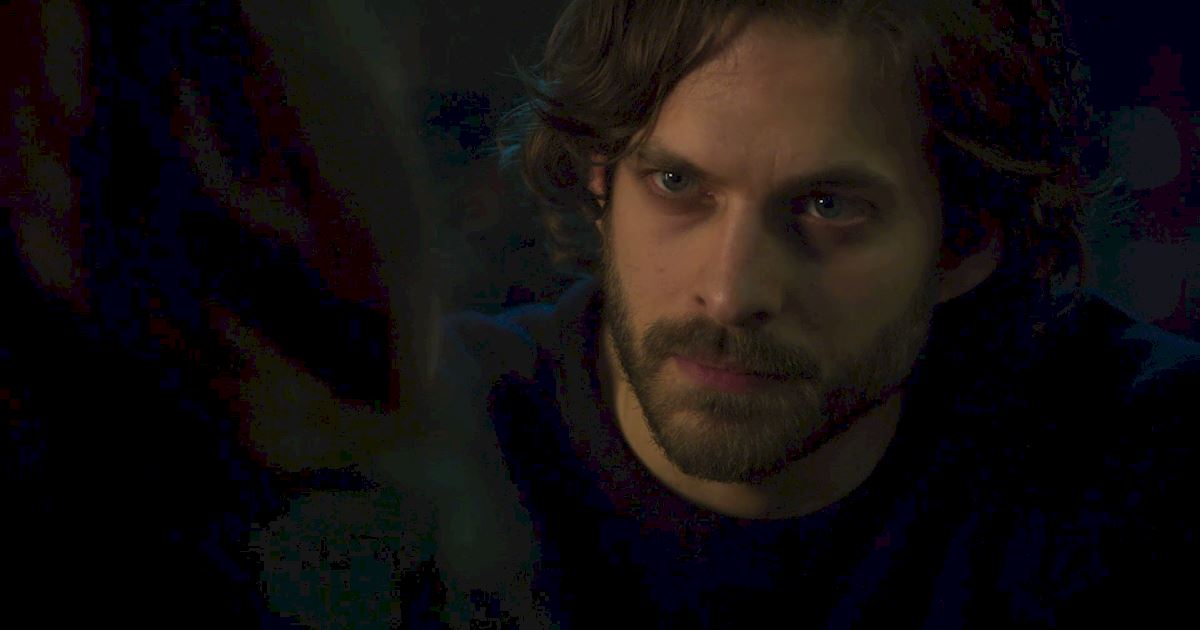 On the way out with her sister, Grace stops at the police station to visit Luc. They talk through a plastic partition. Grace asks Luc what he has told the police about the night of Molly Ryan's murder. He assures her that he hasn't been asked anything. She warns him that no one can ever know what happened and he promises that he wouldn't tell them anything. It is their secret.

What do you think Luc and Grace could be hiding?

Grace is devastated after Luc is arrested. 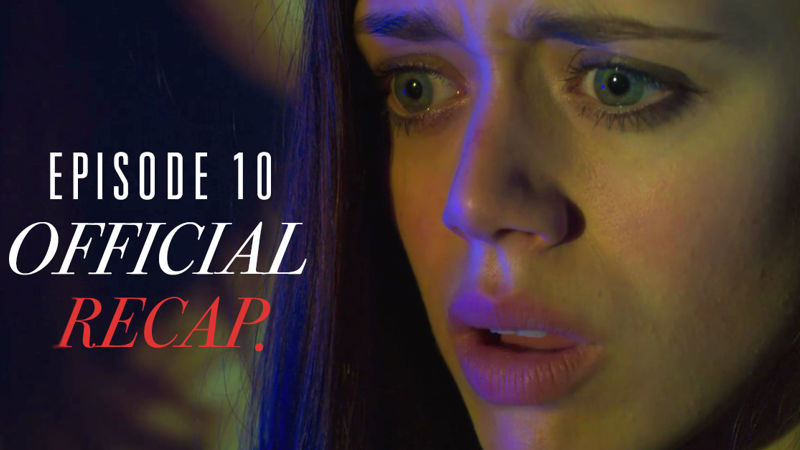 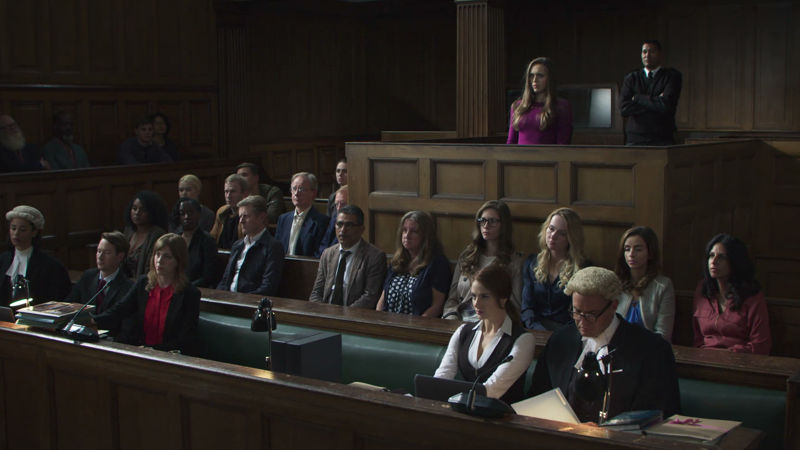 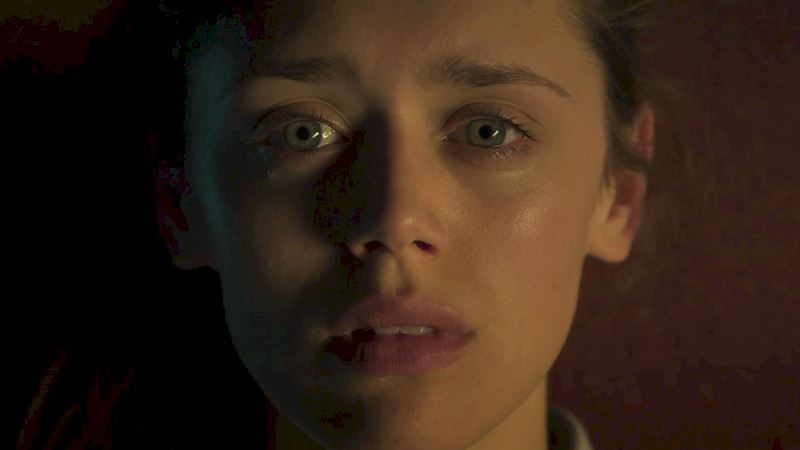