Disagreements at the palace.

Prince Theo and Charlotte host a dinner party at the palace. Their guests discuss the Courtenay and Charlotte, who has been drinking, hints that Molly Ryan’s killer could be sitting at their very table before she excuses herself from the room. Prince Theo follows her and tells her she must return to the party, but Charlotte asserts that she is going home.

Natalie tells Stan about her meeting with Neville and that Prince Theo is Molly’s killer, but Stan is dubious. She asks him to run the license plate number that Neville gave her and says she will try and get more proof. Since Veena’s story didn't reveal enough details and names, Stan continues to work the Courtenay angle. Meanwhile, Roz is at Kaley’s flat, but Kaley is furious with her and blames her for everything that has gone wrong recently. Roz tries to console Kaley by telling her that she did what she had to do, but Kaley is not convinced and forces Roz to leave.

Stan has a plan!

Stan visits Grace in prison and tells her that he has brought a memory recovery specialist with him. Grace is worried about what she might remember, but Stan convinces her that it’ll be better for her to find out what happened sooner rather than later. Later, Grace is told by Dr. Caldwell to go back to the night when Molly was killed, but instead, Grace remembers a happy time when Molly asked her to move in with her and Roz.

Breakthroughs at the police station!

At Scotland Yard, Bruno has discovered that a lady named Jessica Marshall was a regular client of the Courtenay. Pike tells Bruno that a photo of Jessica on Molly’s phone was taken several hours after Jessica was last seen by her co-workers. They don’t know where the photo was taken, but they spot an expensive painting in the background and decide to trace its whereabouts to find out. Gwen arrives and tells Bruno that Judge Manning will be taking Grace's case. She's happy because she knows that this judge won’t fall for any of Stan’s tricks. Gwen apologizes to Bruno for kicking him off the case and they agree to get drinks later.

Phillip finds Charlotte and asks her to come back to the palace as Prince Theo would like to talk to her. Meanwhile, Natalie meets with Bruno and tells him about Neville. Bruno is initially angry with Natalie as she agreed she would stay out of the case, but when she mentions Prince Theo’s name, Bruno agrees to take the number of the license plate and look into it.

Patrick meets with his cousin Declan and after an initial argument about Patrick abandoning their family, Patrick tells Declan that he has thought of a way to finish what their fathers started. They have a chance to remind England that they haven’t forgotten about everything the Crown has taken from them. When Declan asks him how, Patrick replies, “with blood”. Meanwhile, Prince Theo tells Charlotte that what happened the other night could never happen again. Charlotte replies, “or what? You’ll kill me like you killed Molly Ryan?”. Prince Theo swears he didn’t kill Molly, but admits that he knew her through the Courtenay. He promises never to be unfaithful to Charlotte again and she agrees to stay with him.

Stan meets with Veena and tells her that he needs her to publicize more details about the Courtenay. To persuade her, he says that Grace will give her exclusive interviews throughout her trial. Later, Stan goes to Veena's flat and she shows him all of the evidence she has collated about Courtenay clients since her story broke. He spots a photo of George Zaveri and even though he has an alibi for the night Molly was murdered, Stan keeps the photo. 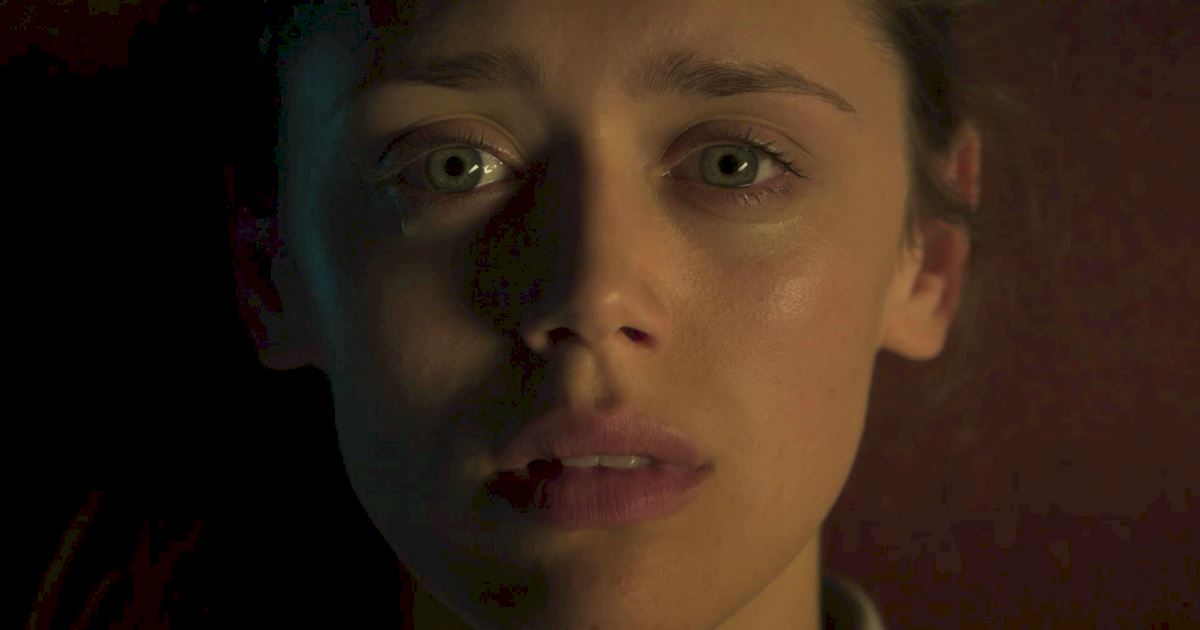 Back at Scotland Yard, Grace is still with Dr. Caldwell. She is remembering the party at her flat the night Molly was killed. She is jealous of how close Molly and Luc are and angrily confronts Molly about the lap dance. Back in the present, Grace tells the specialist that she is scared because in that moment she hated Molly so much that she wanted to kill her. Later, Grace remembers being in the bathroom before coming out and seeing Molly. Looking up from her dead body, she can make out a man with his back turned. Grace then wakes up and tells Dr. Caldwell that she didn’t kill Molly!

Patrick meets with Kaley and asks her to figure out how to get Prince Theo alone. Kaley, however, is adamant that she does not want any more blood on her hands. As an alternative, she says that she will tell everyone she knows that Prince Theo killed Molly, but that isn’t enough for Patrick. Meanwhile, James arrives at Natalie’s apartment. He tells her that he has gotten involved with people he shouldn’t have and is leaving London because it’s not safe. He tells Natalie that there is no way they will be able to contact him, that he has set up trust funds for her and Grace, and that he loves them both.

At Scotland Yard, Bruno searches the license plate number and finds that it matches Prince Theo’s. He phones Natalie and tells her to meet him at his flat. Later, he breaks into Prince Theo’s car to plant evidence, but unbeknown to Bruno, he is being watched by Phillip. Later, Prince Theo and Phillip go to Bruno’s apartment. Prince Theo tells Bruno that he has been left with no choice but to inform Internal Affairs about Donovan Trimbly and about Bruno’s tampering with the evidence in the Molly Ryan case. He also threatens to reveal that Bruno slept with Natalie. When Prince Theo and Phillip leave, Natalie emerges from a corner of Bruno’s flat. She has overheard everything and is devastated that Bruno was helping Prince Theo.

Natalie has an unexpected run-in.

Roz got Luc a job at the Courtenay too?!

Hope for Grace at last!

Natalie visits Grace in prison. Grace tells her that according to Dr. Caldwell, she disassociated when she saw Molly’s body, which is why she couldn’t remember anything. Ecstatic, Natalie says they now have everything to prove Grace’s innocence: Grace’s memory, Neville’s testimony, and the police cover up. Natalie is certain they’ll win. Meanwhile, Stan runs into Gwendolyn who has been stood up by Bruno. She gloats that Judge Manning is on the case, but Stan tells her that she has now stepped down. Turns out that the photo Stan took from Veena was a photo of Judge Manning’s husband! Stan is always one step ahead of everyone else.

What was your favorite part of Episode 8?