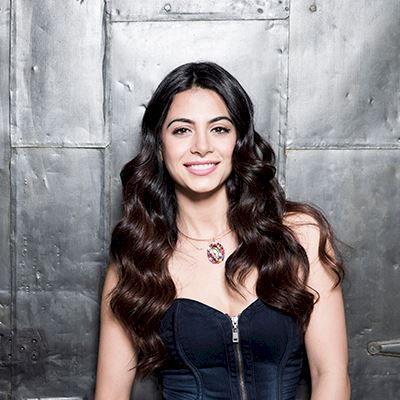 Isabelle Lightwood will be played by Mexican-Lebanese actress Emeraude Toubia, whose first name represents a stone the color of beauty and love. The exotic beauty was born in Canada and raised in Brownsville, Texas where she experienced the best of both the Mexican and American cultures.

At the age of five, Toubia started to professionally train in classical ballet, flamenco, lyrical, and belly dance. At only fifteen years old, Toubia’s love for the stage led her to compete in a series of pageants. She has since been named Miss South Texas, Miss Rio Grande Valley America and Miss Brownsville Teen. In 2008 she was cast to participate in Nuestra Belleza Latina. After weeks of extensive training, her wide fan base selected her as the first finalist to the Crown. As a result of her success, she went on to star in multiple commercials for brands such as Maybelline, JC Penney, State Farm and Sony, amongst others.

Toubia has served as a television host for a national-cable network and starred in both youth and primetime Telenovelas for various Latin American markets.

Toubia is dedicated to perfecting her skills through education. When she is not on set, she trains with her mentors and coaches, such as the Oscar-nominated Adriana Barraza. Toubia is also a volunteer for non-profit organizations Toys for Tots, Make a Wish Foundation, and leads the “Queen for a Day” program at her hometown's children's hospital.