What to do about Simon?

In the Institute, Clary pleads with Isabelle, Jace, and Alec to help her rescue Simon who's gotten kidnapped by vampires. The fact that Simon was left alone in his van when the Lightwoods should have been protecting him has made her seriously mad. While Isabelle is genuinely concerned about the situation, Alec whips out some sass about Simon's lack of common sense. Clary knows that finding the Mortal Cup is key but feels caught between wanting to save her mom and wanting to rescue Simon.

Oh Simon, always in the wrong place, at the wrong time! One moment all Simon had to worry about was school work, the next he's locked up in a building full of vamps. What's a guy to do? In a panic Simon tells Raphael Santiago, one of the vampires who kidnapped him, to have it out with the Shadowhunters. At this point he throws Jace under a bus, by saying "especially the blond one". 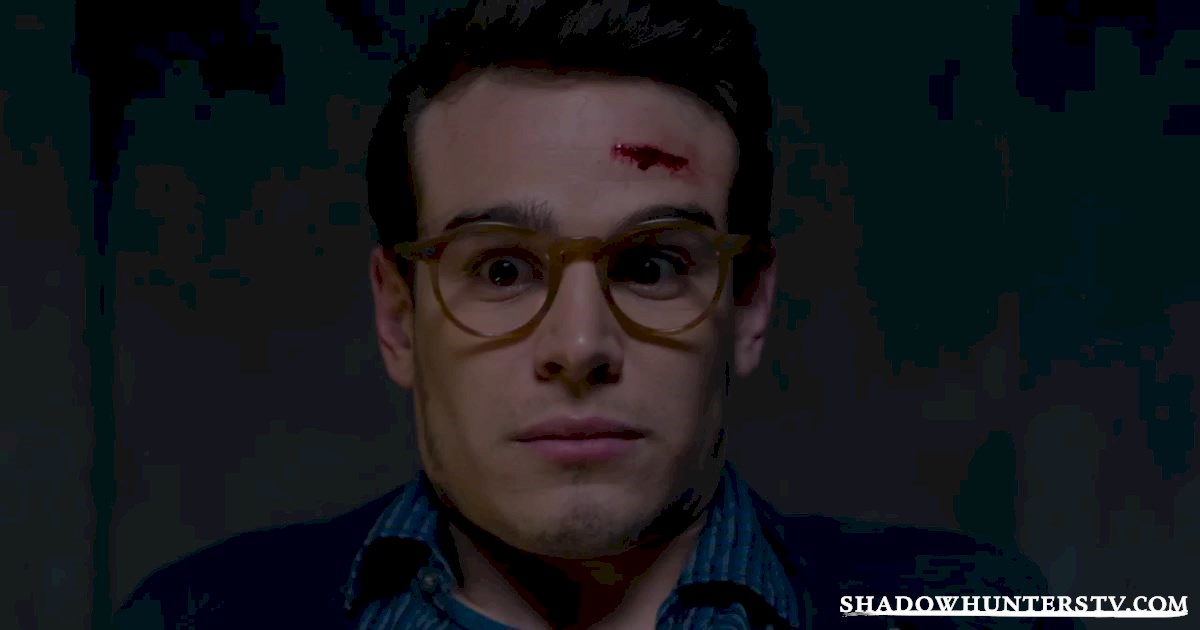 Clary, still pretty new to this Shadow World stuff, doesn't get why Simon can't just be rescued from the Hotel DuMort, the vamp hideout, when she finds out it's nearby. Alec, ever the rule follower, tells her that they need to speak to the Clave before doing anything. Seeing how worried Clary is, Jace chooses to break the rules. Again. Certain that the Clave will be on their side (hey, the vampires broke the law by kidnapping Simon), the four make a plan to break in to the Hotel, but first it's time to locate the weapons stashed outside the Institute so nobody gets suspicious. 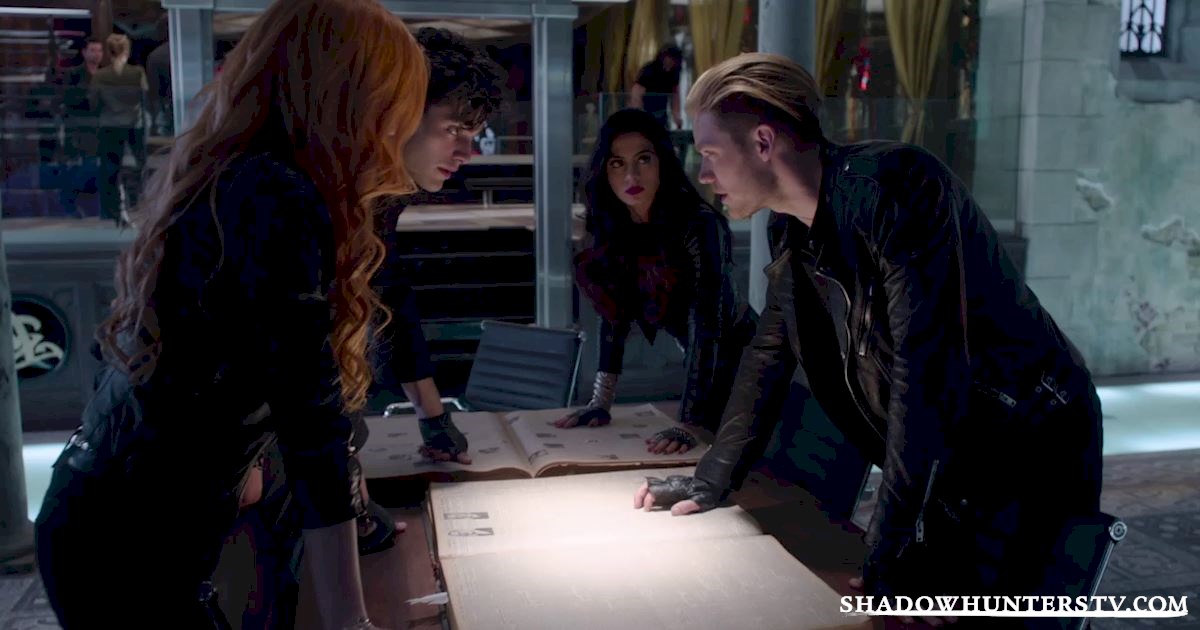 Meanwhile, Simon is being adorably clumsy in the Hotel DuMort, searching through antiquities to try and find a way to escape. In a moment of craziness Simon throws a dagger which pierces Raphael's chest. The vampire is amused by Simon's attempt to harm him, but infuriated that his new jacket has been ruined. At this point that the beautiful (but very dangerous) Camille Belcourt enters and tastes blood from a wound on Simon's head. 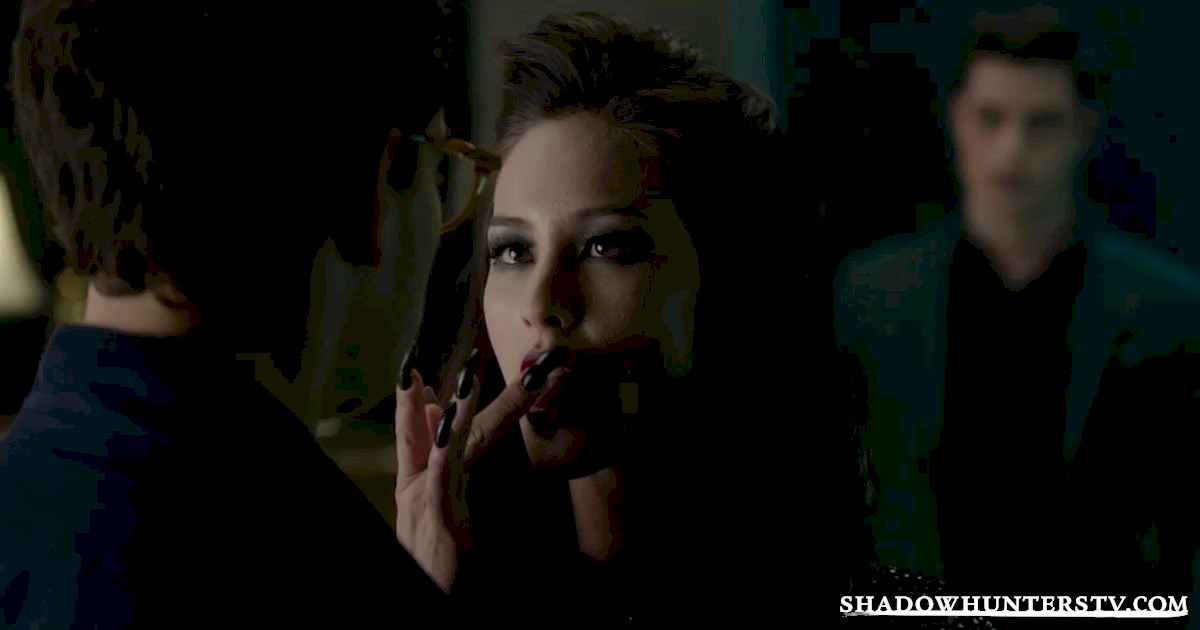 The Shadowhunters arrive at a graveyard to search for weapons that have been hidden by their ancestors. Izzy gets a text and heads off to find out how to enter the Hotel DuMort. Alec takes Jace aside to discuss his concerns about entering vamp territory for someone they hardly know, whilst Clary locates the grave they need. With a quick "abracadabra" they're in! Alec stalks back to the Institute to pick up a bow, whilst Jace gives Clary a swoon-some lesson in how to use a seraph blade. When Clary is scared that Alec won't return, Jace explains that he and Alec are Parabatai. They are bound together, to fight and protect each other, no matter what. 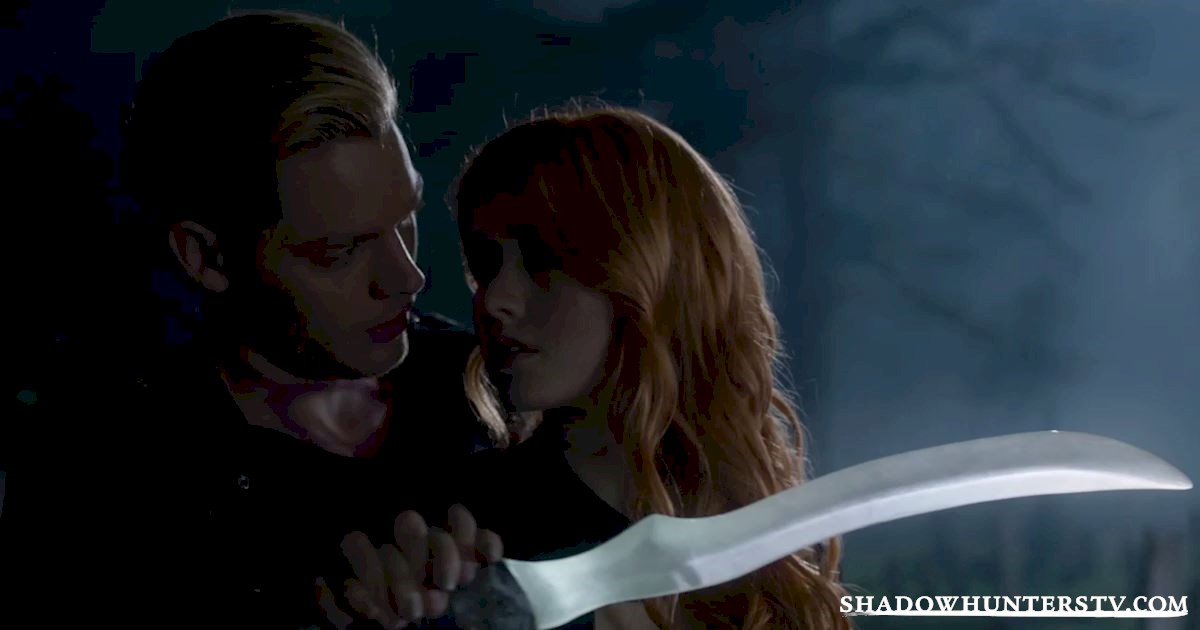 Simon: from bad to worst.

Back at the Hotel DuMort, Simon is panic apologizing to Camille and Raphael, at about a thousand words a minute, for throwing the dagger at his captor. Camille clicks her fingers and pauses Simon mid speech, much to Raphael's relief, who has been finding Simon pretty tiring. Camille discusses her need for Clary to tell her where to find the Mortal Cup. Raphael is concerned about breaking Clave rules, whereas Camille seems more distracted by Simon, and how he might taste. 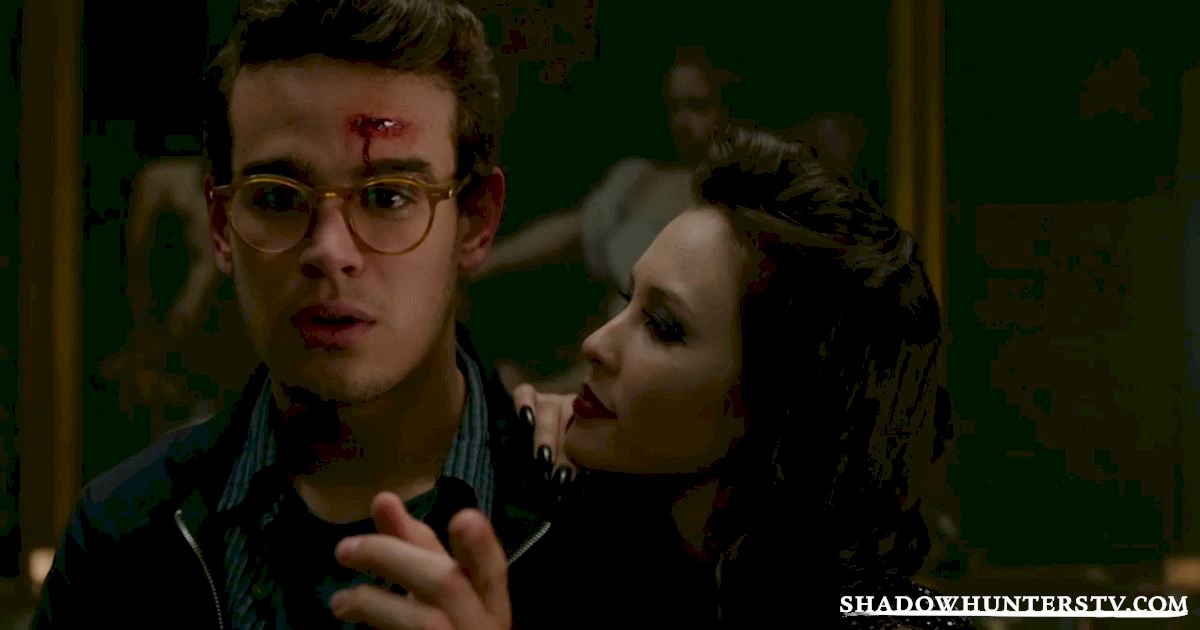 Quick! To the Seelie Glade!

Isabelle visits Meliorn, a Seelie who cannot lie, to seek some information about Hotel DuMort, and to fool with him because good for them. Back at the Institute, Alec stealthily takes a bow and arrows from the weapons store as Jace and Clary head to a biker bar called Hardtail. Here Jace teaches Clary to see beyond reality to the Shadow World going on all around her. Jace then asks Clary to complement one of the guys in the bar on his bike, and sits back to watch how things go. Clary seems strangely mesmerised by the man who transforms into a vampire in front of her. 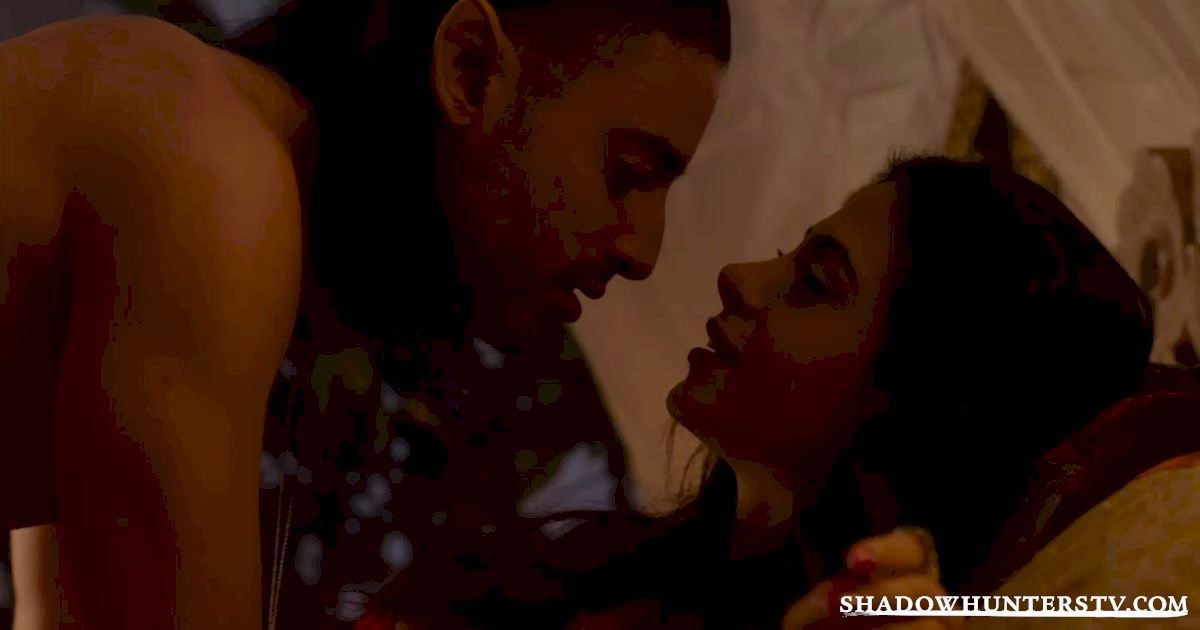 Bloody Marys all around!

Simon's taste of the vamp world suddenly gets a whole lot more interesting! Camille tries to find out where the Mortal Cup could be while kissing Simon with, shall we say, thirst? Hunger? You decide. When he sleepily states that Clary's memory has been wiped, Camille realizes that Magnus Bane must be connected. Camille offers Simon an original recipe Bloody Mary, and he is clearly putty in her hands. Meanwhile, Isabelle finds out that Meliorn has also been dating Camille, and uses his inability to lie to find out how to get into the building. Back at the Institute, Hodge catches Alec with his bow and arrows, but chooses not to ask too many questions. 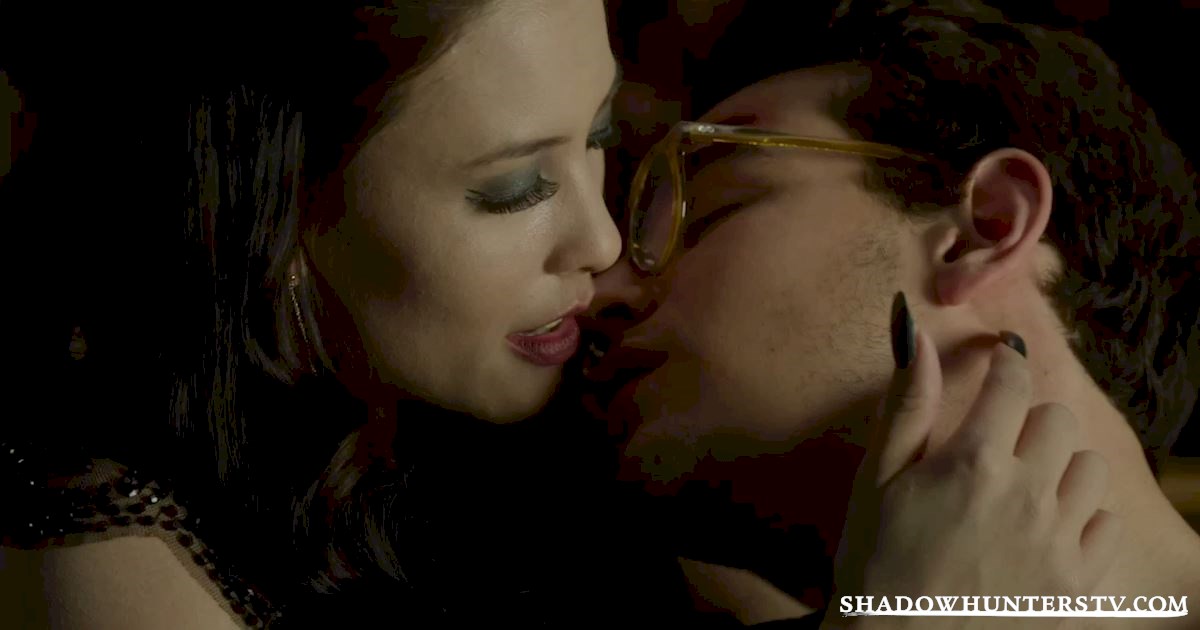 Just as Clary looks like she's about to run off into the sunset with Brad the vampire, Jace punches him and steals the keys to his motorcycle. The bike rides on demon energy and so Clary and Jace soon sail off in to the sky to get to Simon as fast as possible. Meanwhile Simon's being...erm...distracted...by Camille. Blood around their mouths and necks show that Simon's been playing a very dangerous game! 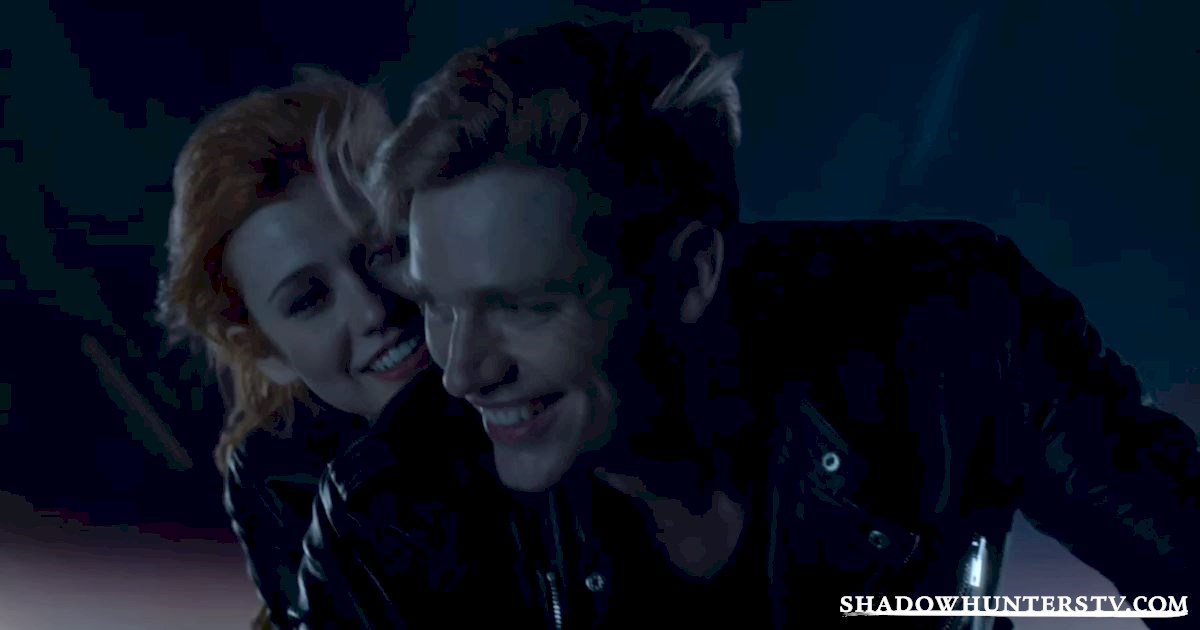 Quick moment to learn about love.

Using Meliorn's info, Izzy and Alec make their way toward DuMort using a basement entrance. Camille, smelling their presence, sends some vamps to find them. Jace tells Clary that she was seduced by an Encanto in the biker bar, which is sort of like a spell? An Encanto allows vampires to make their victims powerless before them. Jace marks Clary with a rune to protect her from it happening again, and also marks her with a silencing rune so the vampires can't hear them. Clary worries about Simon being bitten by a vampire, but Jace tells her that Simon will almost feel like he's high on love. Before they enter the Hotel, Clary realizes that Jace has never himself been in love. 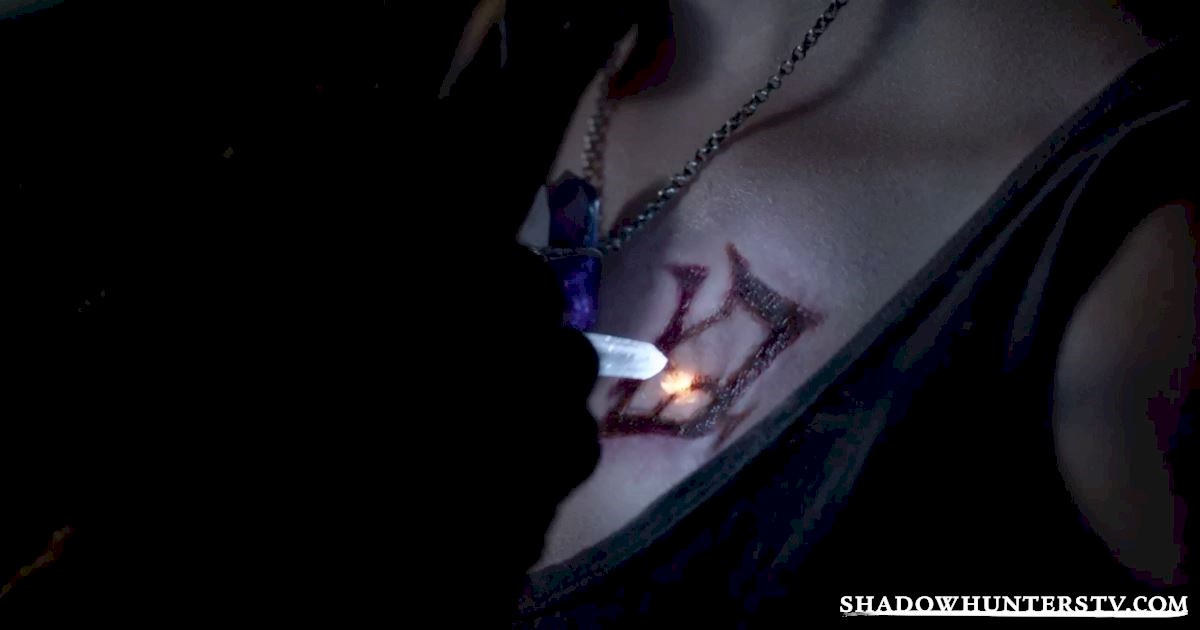 Clary and Jace meet some more vampires downstairs, including Brad from the bar. Clary pretends to fall for his Encanto again, before kneeing him to the ground. Just as Brad gets up to attack her, Izzy and Alec run in. Alec shoots an arrow through the wall letting in sunlight, and turning Brad into toast.

Raphael encourages Camille to escape, and waits for the Shadowhunters while holding a knife to Simon's throat. When the Shadowhunters arrive, Raphael make them lower their weapons, and follow him. Unexpectedly Raphael actually lets the group escape as he is worried about what Valentine could do with the Mortal Cup. He warns Jace to remember who his friends are as they leave the building. 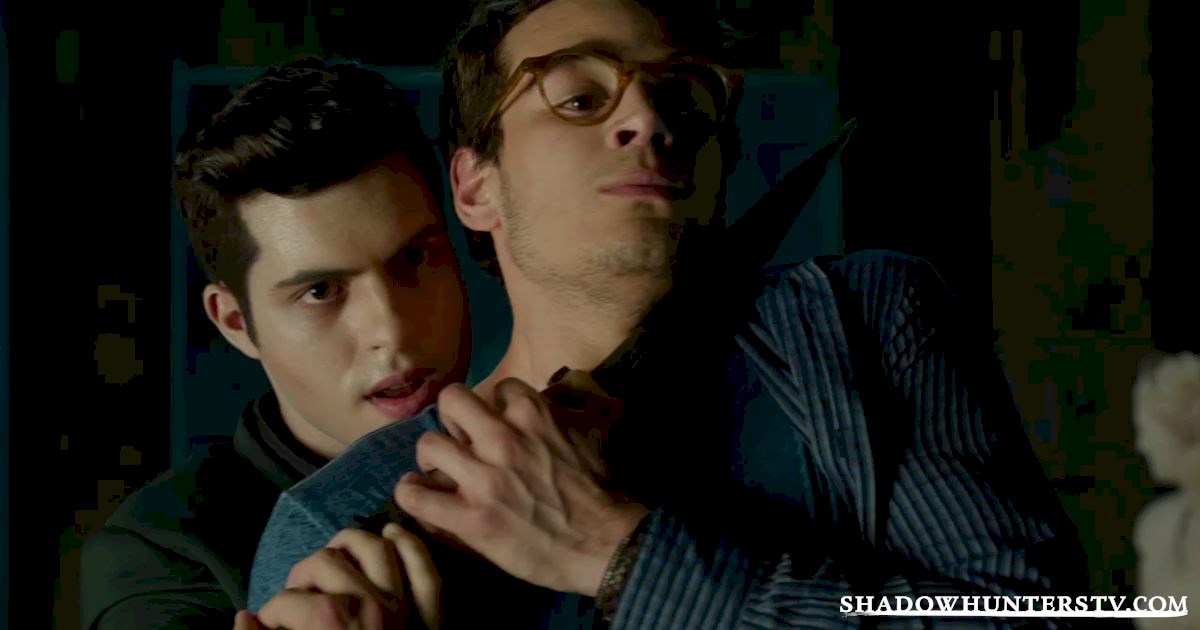 And now...the real trouble begins. All over again.

Clary is super happy that Simon is safe and tells him that she couldn't live without him. Simon looks drunk on love, but his joy is short lived as she then totally friend zones him. Alec still doesn't fully trust Clary and Jace can't understand why Alec would have helped them escape if he hates her so much. Simon looks over towards Clary and fixates on a vein pulsating in her neck. 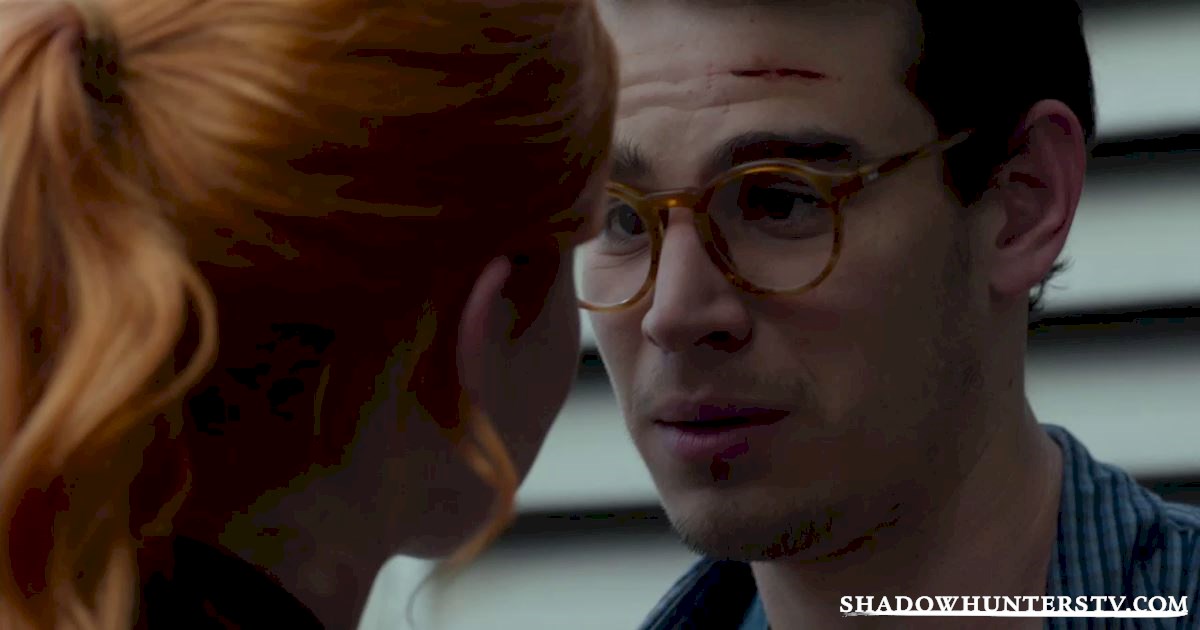