Clary wakes from a dream distressed and disorientated. She reveals to Simon that she had dreamt she'd been strapped to a chair and had heard her mom say “I don’t want her part of our world.” She explains that then an unfamiliar man reached into her skull and pulled out her brain. When she mentions the man in her dream, Simon recalls the warlock Camille had mentioned in the Hotel DuMort, Magnus Bane. 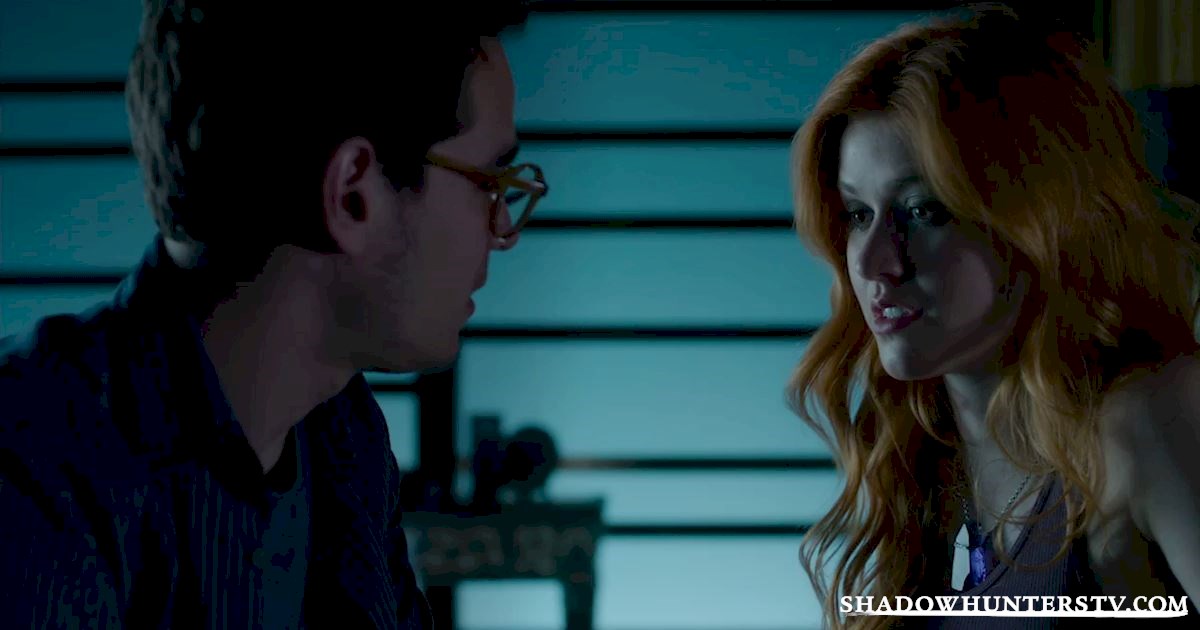 Clary rushes off to tell Jace their new lead and Simon catches his reflection in a mirror. He sees blood dripping from his mouth but when he looks more closely it's gone. Clary walks in on Jace in the training room and is left somewhat speechless when she sees his toned torso. She composes herself and explains that Camille had practically accused Magnus Bane of stealing her memories. 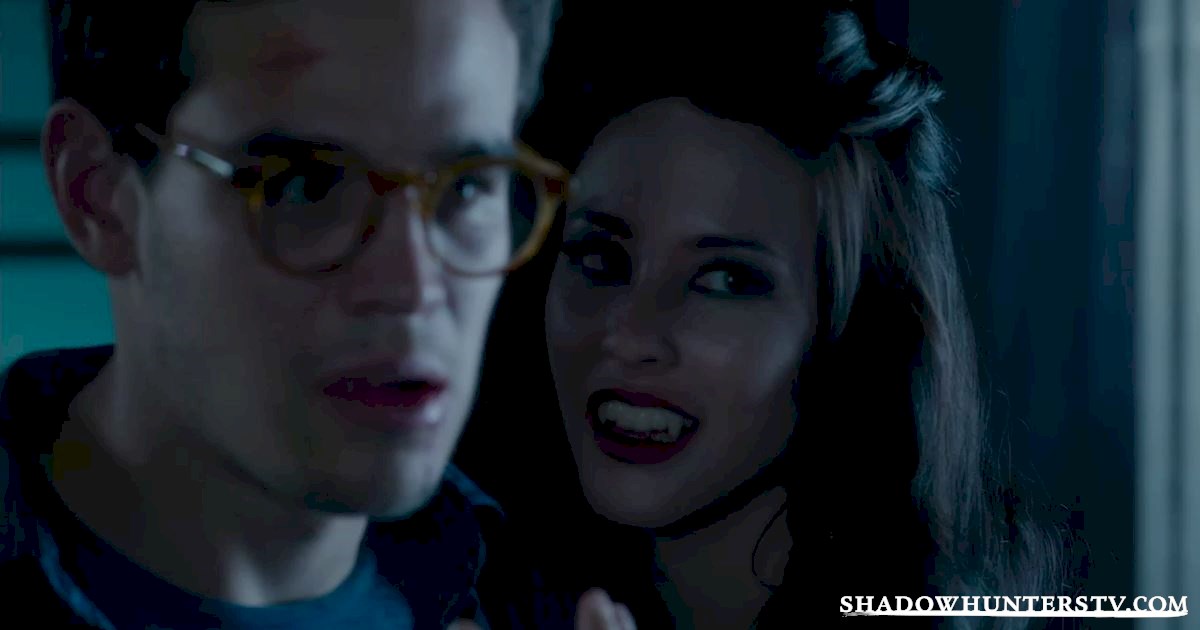 Clearly upset, Simon heads out of the Institute with Clary hot on his heels. He pleads her to come with him, saying that it’s not safe at the Institute at which point Jace intervenes. Simon cracks as only a New Yorker can, (and much to Clary’s dismay) says “come at me, bro!” After one last failed attempt at persuading Clary to go back home with him, he leaves, calling back “message received loud and clear.” 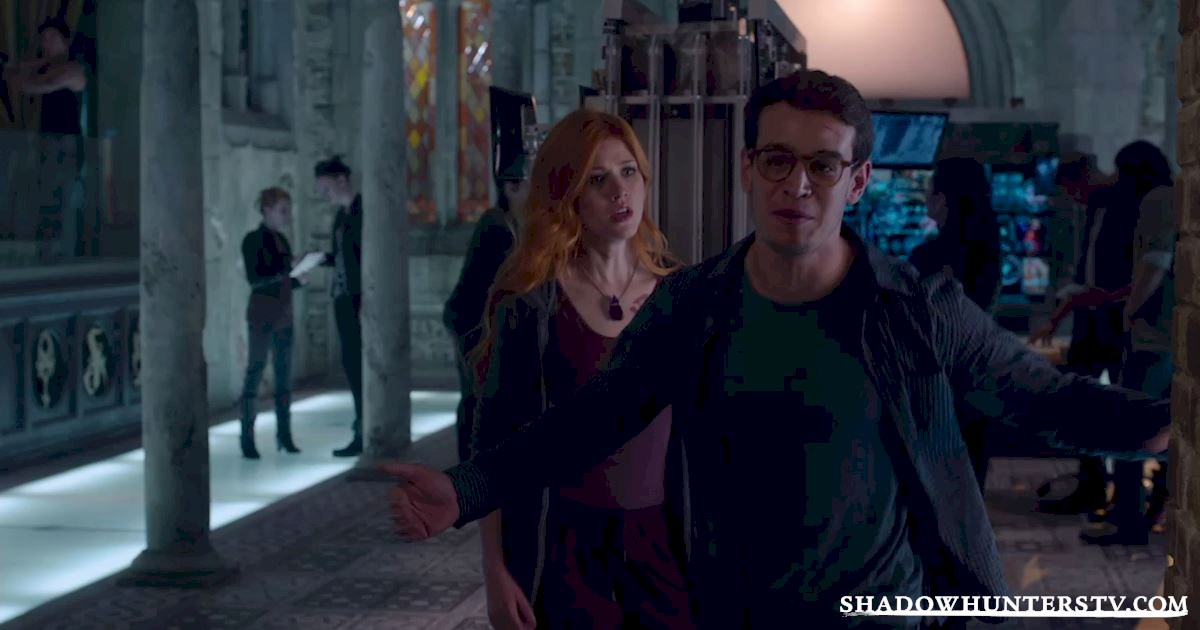 Where to seek a warlock?

Hodge gathers the group and begins to give the low down on Magnus Bane, labelling him as one of the most powerful warlocks he’s ever known. Alec announces that most warlocks have gone into hiding since Valentine started hunting them to discover who helped Jocelyn with her coma potion.  After coming to conclusion that Magnus loves to party, Izzy flags a Downworlder rave and says that if Magnus is coming out of hiding it’s to go to one of the biggest parties of the year. 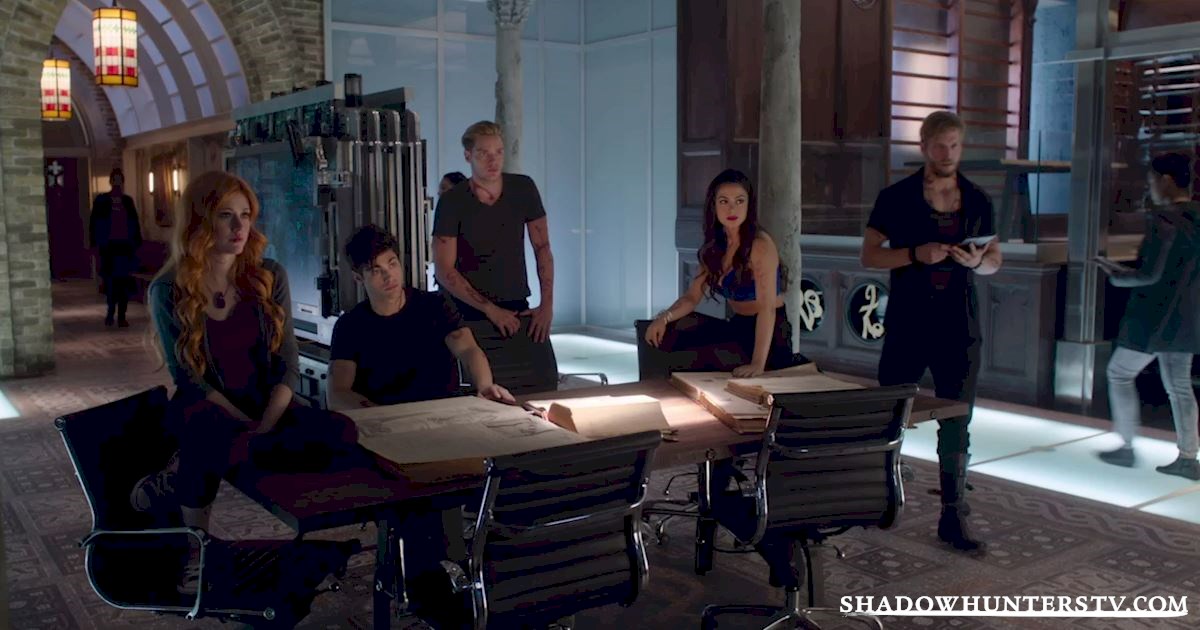 In the weapons room, Hodge uses his stele to unlock a secret hideout in the floor housing an antique necklace. He explains that it holds great emotional value for Magnus, and that they should offer it to him in return for information. Back at Chernobyl, Valentine discovers two Seelie scouts sent by the Clave to spy on him and kills them using a seraph blade. He orders Blackwell to collect the Seelie’s bodies, explaining that their blood could be interesting.

At the 89th precinct, Luke is quizzed on what made him so late to the office. He responds nonchalantly and Alaric retorts that since two of his witnesses wound up dead, Luke is under close scrutiny by Vergas and if he makes one wrong move then he’s out. At the Institute, Clary gets a wardrobe revamp from Izzy and steps out in a kick-ass leather dress, much to Jace’s approval. 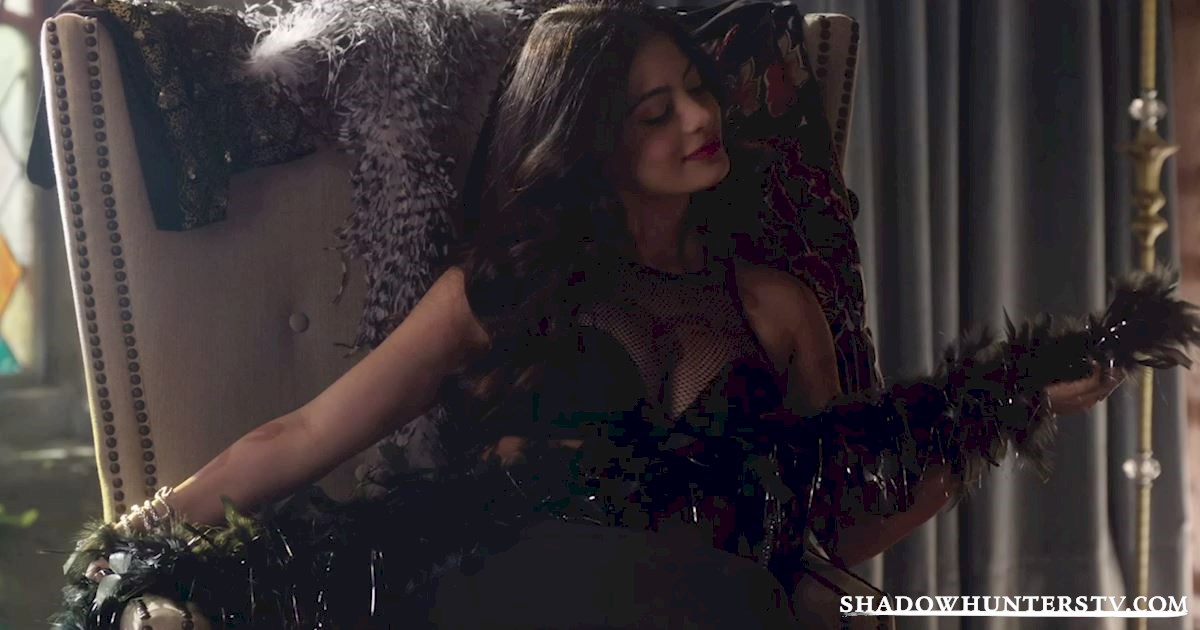 Simon returns home to find Maureen waiting for him. When she hears that he spent all night with Clary, jealousy kicks in. She turns to leave and accidentally knocks over a photo which smashes on the floor. She picks it up and cuts her hand on the broken glass. Simon goes into a world of his own and once Maureen has left, he runs his fingers through the blood left on the glass and places it on his lips.

At Hardtail, Clary, Jace, Izzy and Alec hunt down Magnus Bane, who confirms that it was he who took Clary’s memories. Once he has the necklace in hand, he reveals that he fed her memories to a memory demon and that he cannot get them back. He attempts to get Clary to seek refuge from Valentine by hiding out in his lair but she refuses. 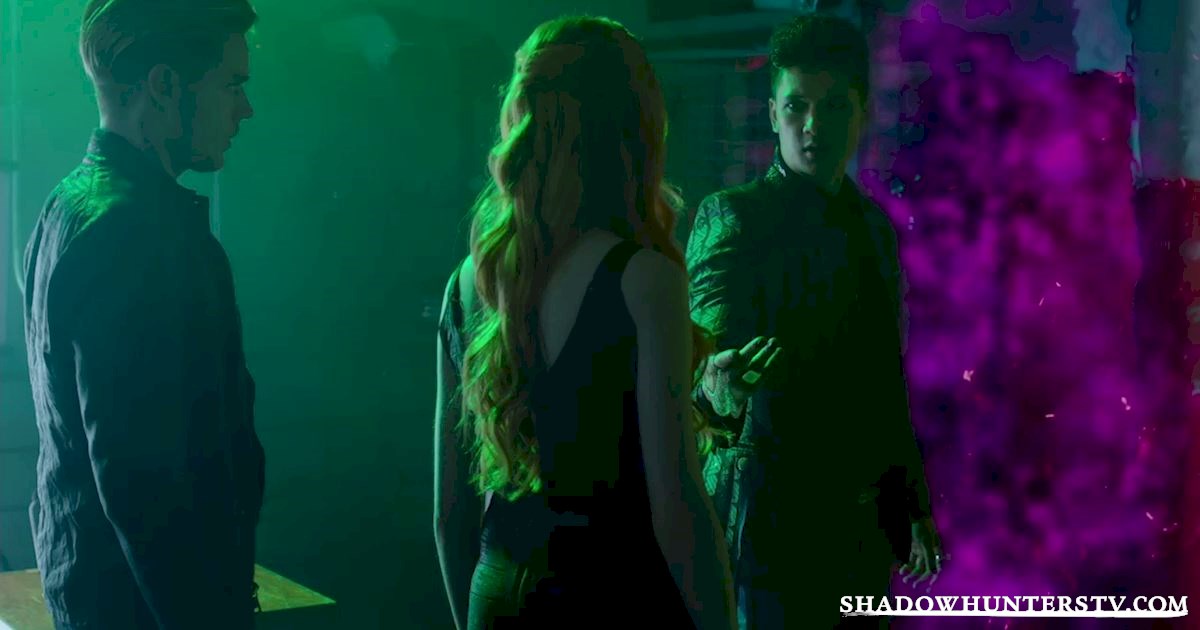 Magnus conjures up a portal to take him back to his apartment. He asks a final time for Clary to join him and as he does, an arrow flies through the air and straight into the heart of a Circle member who has hunted them down. Upon discovering that Alec shot the arrow, Magnus’ eye looks impressed and asks “who are you?” before disappearing through the portal. Clary attempts to grab Magnus’ sleeve to stop him going through the portal but only succeeds in ripping a button off his jacket. 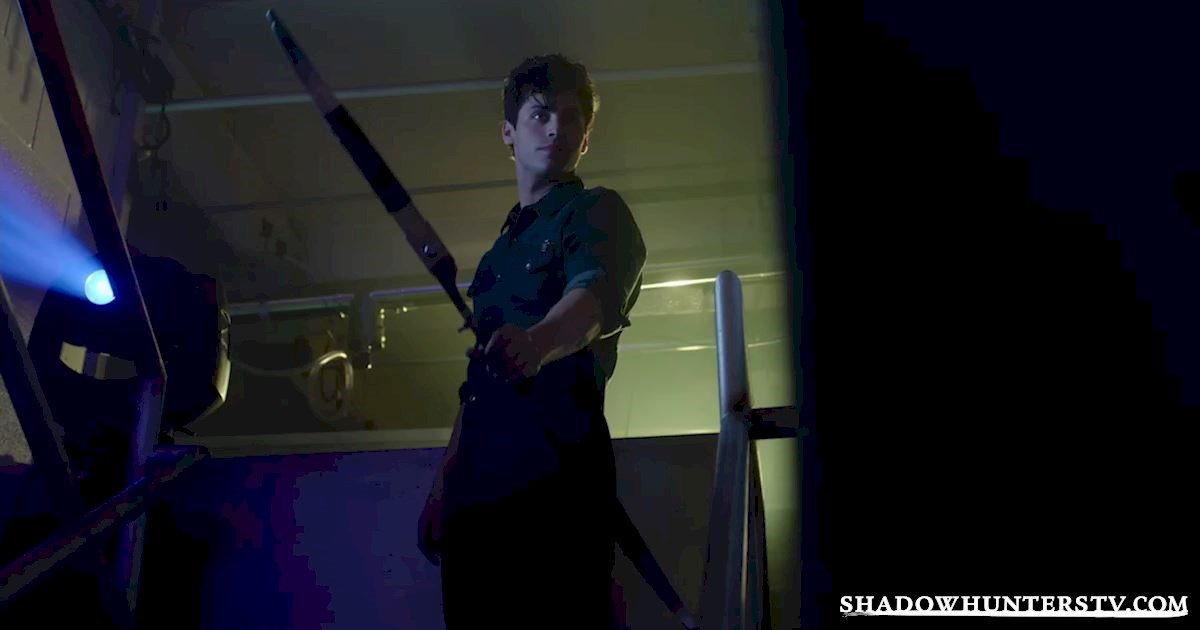 Outside the club, Alec and Jace argue about the failed mission. Clary intervenes, clearly distressed that they still haven’t been able to track down her mom. In her anger, she tosses aside Magnus’ button, which is quickly snatched up by Jace who comments “you give up too easily.” He applies a rune to the palm of his hand and uses the button to track Magnus. He struggles, explaining that the signal isn’t strong enough to track Magnus alone. Alec and Jace join their hands together for a parabatai tracking. 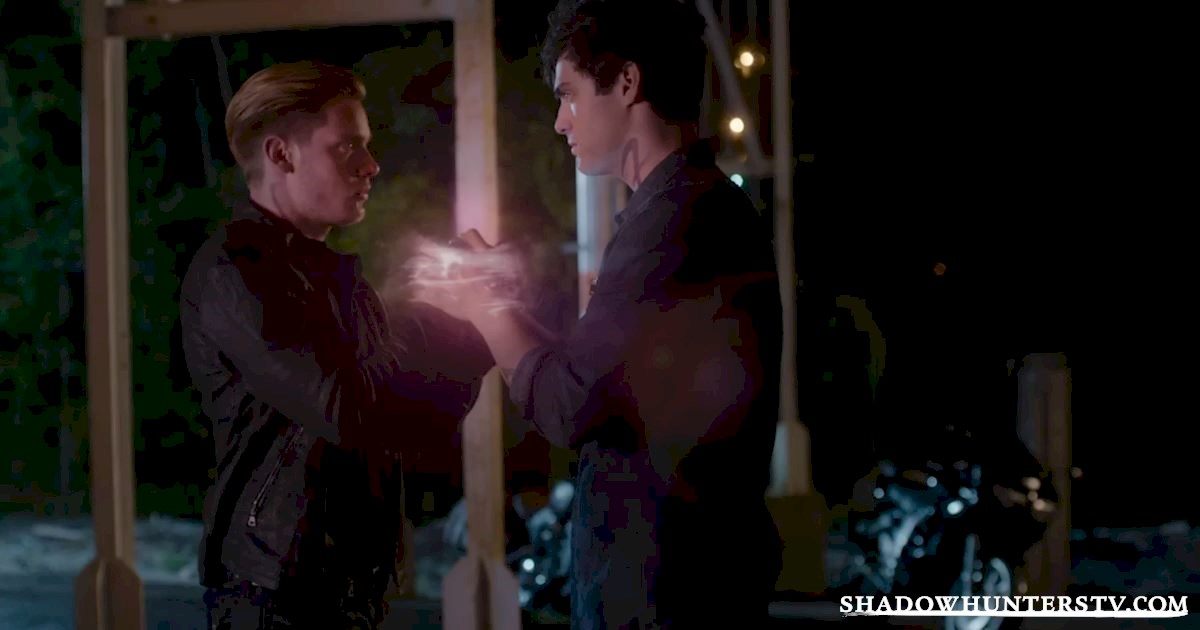 They track him to a disused warehouse which they believe is concealing Magnus’ lair. Valentine has beaten them to it and when the Shadowhunters arrive they see a Circle member kill a Warlock and toss his body from a ledge. The Warlock’s daughter runs to her father’s body and the Circle member begins to make his way towards her to finish her off too. Watching from a distance, Clary realizes what is about to happen and steps in. The man turns on Clary but Izzy and Jace intervene and kill him.

Inside the apartment, a Circle member named Rogue has found Magnus. Rogue lunges at Magnus with a seraph blade, who uses magic to create an invisible barrier and deflect the blade. Suddenly, Alec shoots an arrow through Rogue’s leg and as he stumbles to the ground, Magnus finishes him off with a blast of magic. Magnus turns and one super cute Malec meet-cute finally happens! 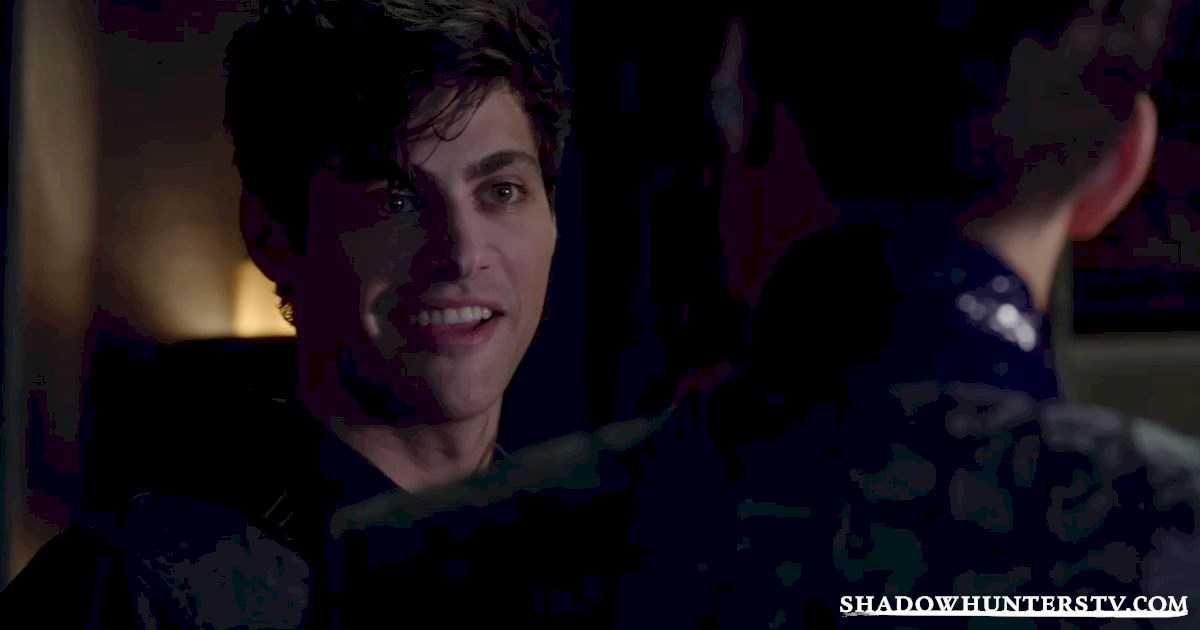 Magnus takes Clary aside and tells her that he is willing to summon the memory demon. He presents her with a selection of chalks and a diagram of a pentagram and tells her to draw it onto the floor. The Shadowhunters take their positions around the pentagram and begin the summoning ritual. 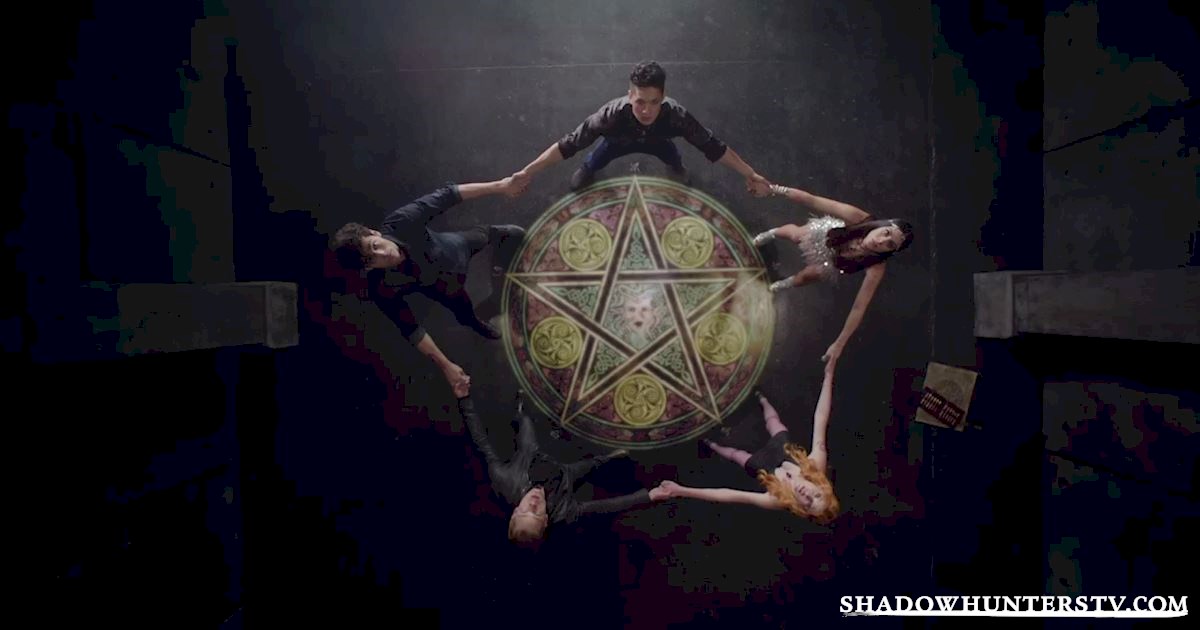 The memory demon appears and demands the Shadowhunters sacrifice one memory of the person they love the most as payment for Clary’s memories. When the demon reaches Alec, it reveals that he loves Jace. Alec breaks the pentagram, clearly upset by what has just been uncovered. Jace is dragged away by the demon and in a desperate attempt to save him, Clary attacks it with a seraph blade, destroying the demon and her memories forever. 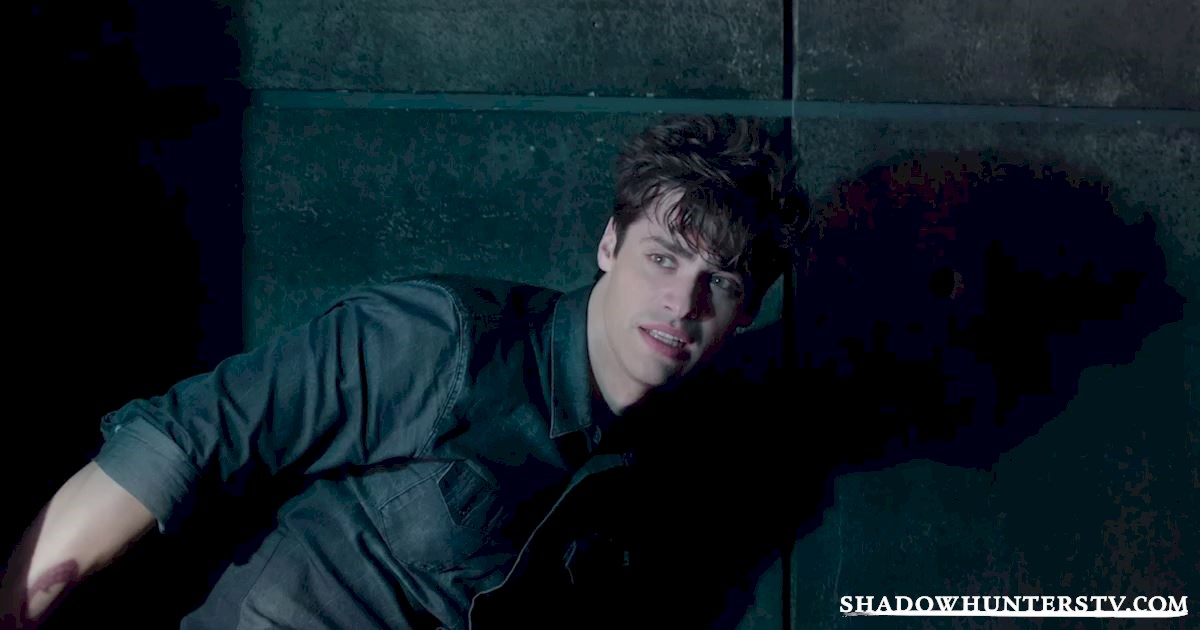 Clary has a vision!

Later that night, Clary is alone and getting ready to go to bed. She holds the necklace her mother gave her and sees a vision of her mother and Valentine, but this time, Valentine speaks to Clary. He says if she wants to get her mother back, she needs to give him the Mortal Cup. 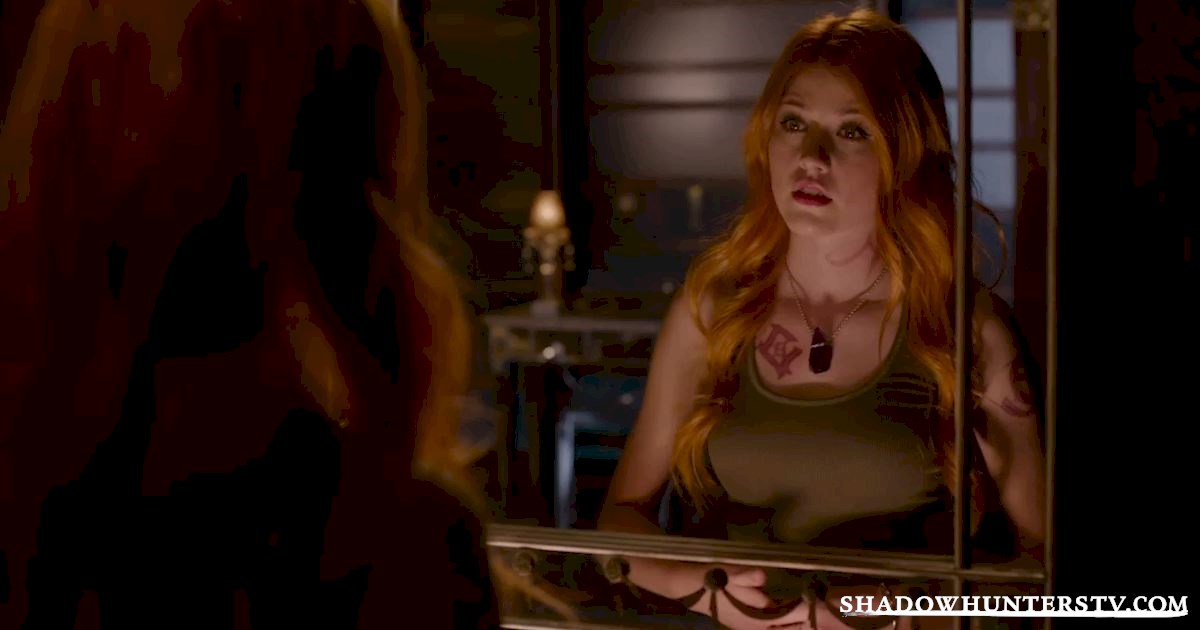 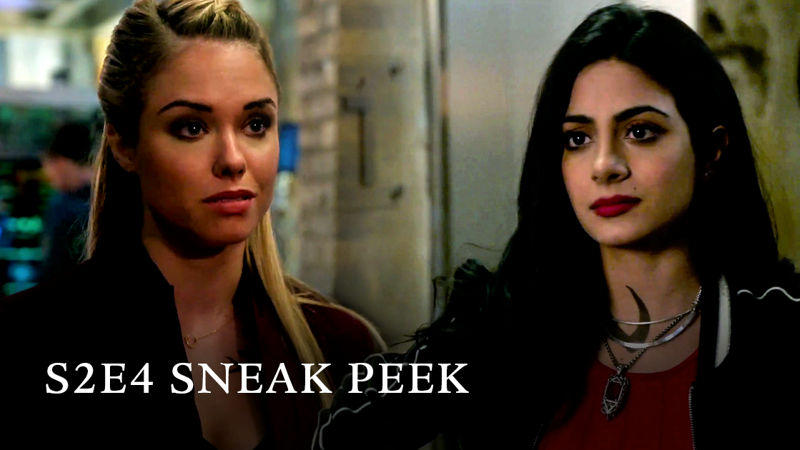 Izzy And Lydia Investigate A Mysterious Demon In This Thrilling S2E4 Sneak Peek! 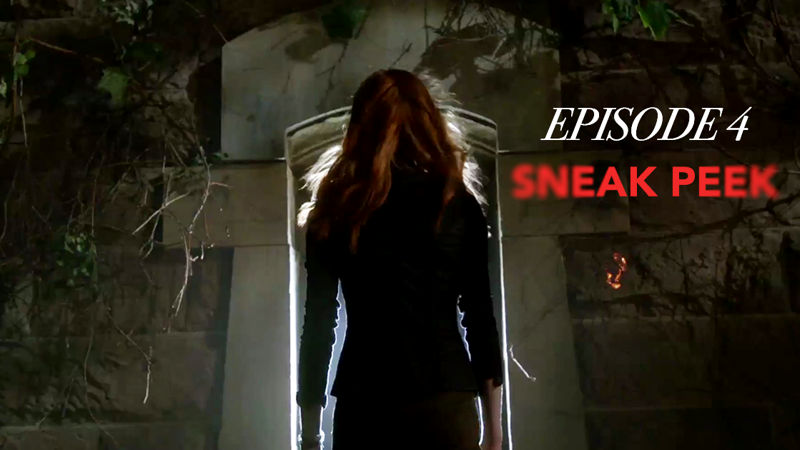 What's Clary Doing On Her Own In The City Of Bones? Find Out Now! 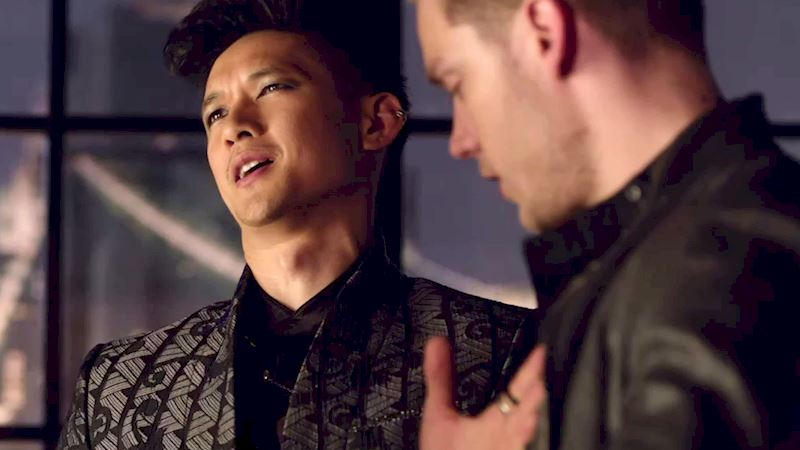 Throwback Thursday: What Was Your Favorite Funny Moment Of Episode 4? Vote Now!