In the Institute, Jace explains that Clary was able to see Valentine because the necklace her mother gave her was a portal shard. Alec quizzes Clary about what she saw in her vision, desperate to uncover anything that could help them find her mom. When she fails to provide any helpful information, he accuses her of being ruled by her emotions. He demands to take a look at Clary’s necklace and locks it away the Institute. When Clary questions him, he retorts “Valentine can’t be handled by three and a half Shadowhunters.” 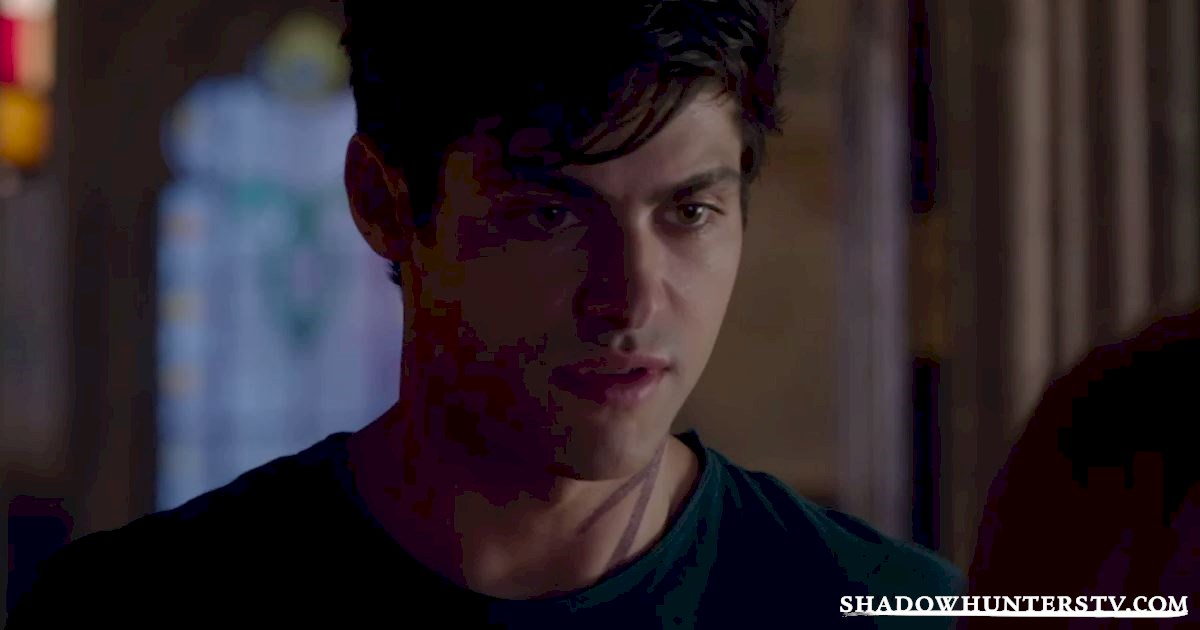 Izzy gives Clary some much needed sisterly advice on how to handle Alec and his rule-abiding ways. Just then, Maryse Lightwood, (No-nonsense Mama Lightwood) walks through the Institute’s doors. After a cold encounter with our two leading ladies, Maryse heads to the weapons room to find Jace. Her expression softens because duh, Jace. She explains that the Seelie’s have stopped communicating with the Clave since they ordered two scouts to spy on Valentine. Maryse orders Izzy and Jace to speak with Meliorn. 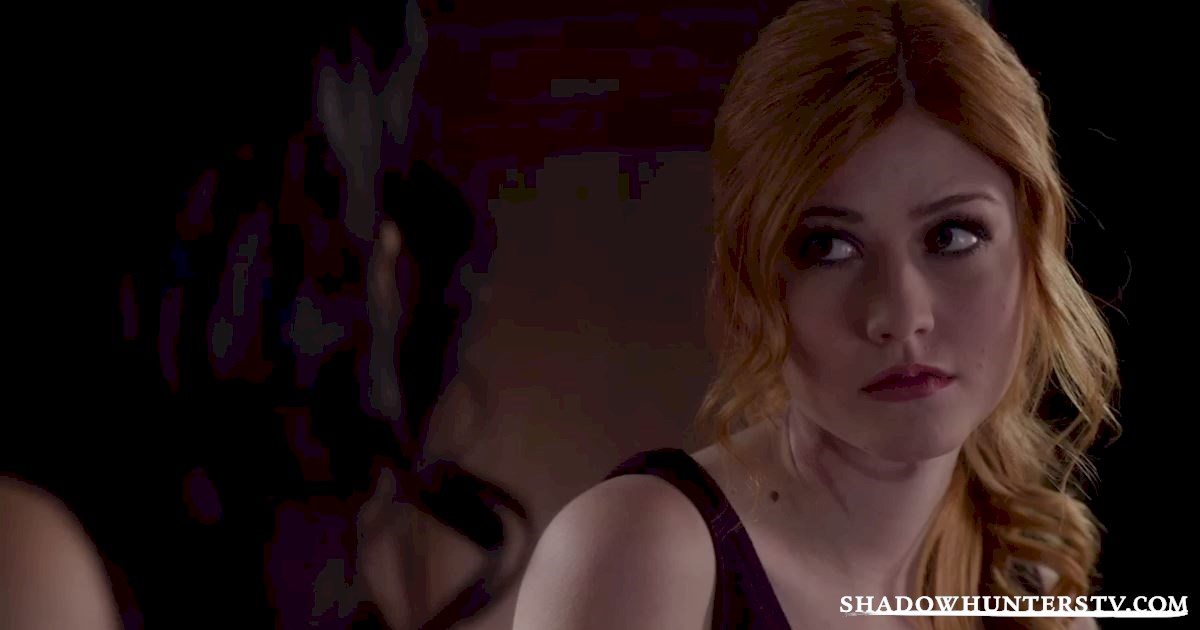 A break in the "Demonic Murders" case...

At 89th precinct, Alaric and Luke realize that all of the victims in the "demonic murders" were being treated in psychiatric wards for hallucinations. These hallucinations were of Vampires and Werewolves, so...clearly the victims were Mundanes with the Sight. Luke confirms that Valentine is making an army to retrieve the Mortal Cup. 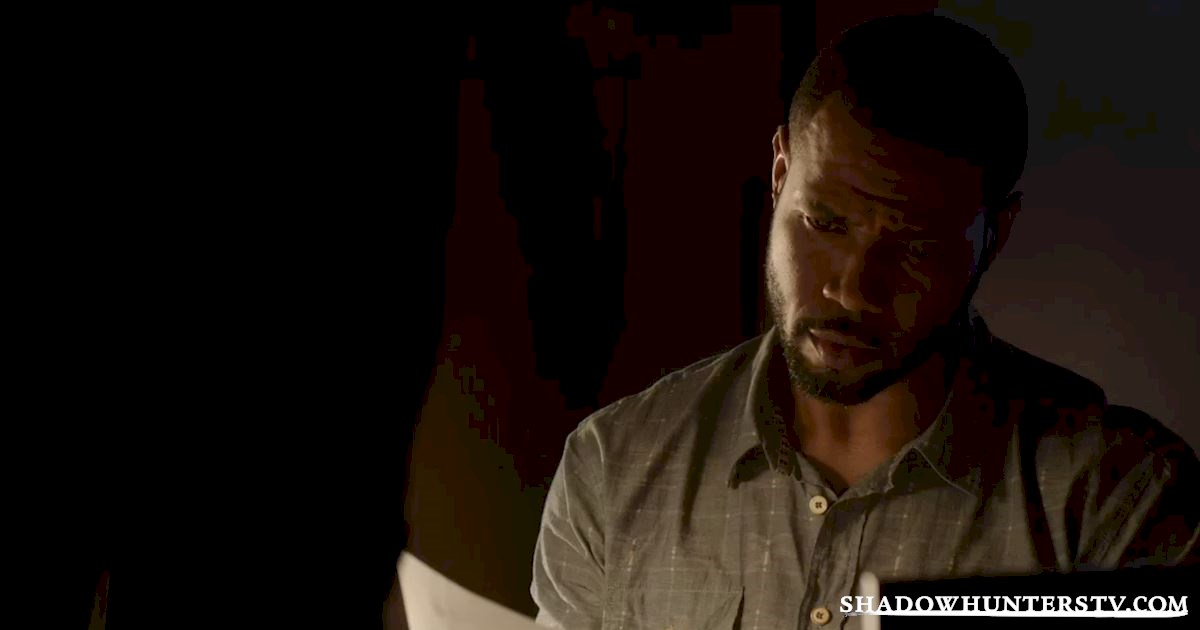 Alec apologizes to Jace for what happened when they called upon the memory demon. Jace misunderstands and mistakes Alec’s feelings of love for him as their parabatai bond. Simon loiters outside Hotel DuMort when Raphael comes up behind him and startles him. He demands to know what Simon is doing back at the hotel and Simon flees into the night. 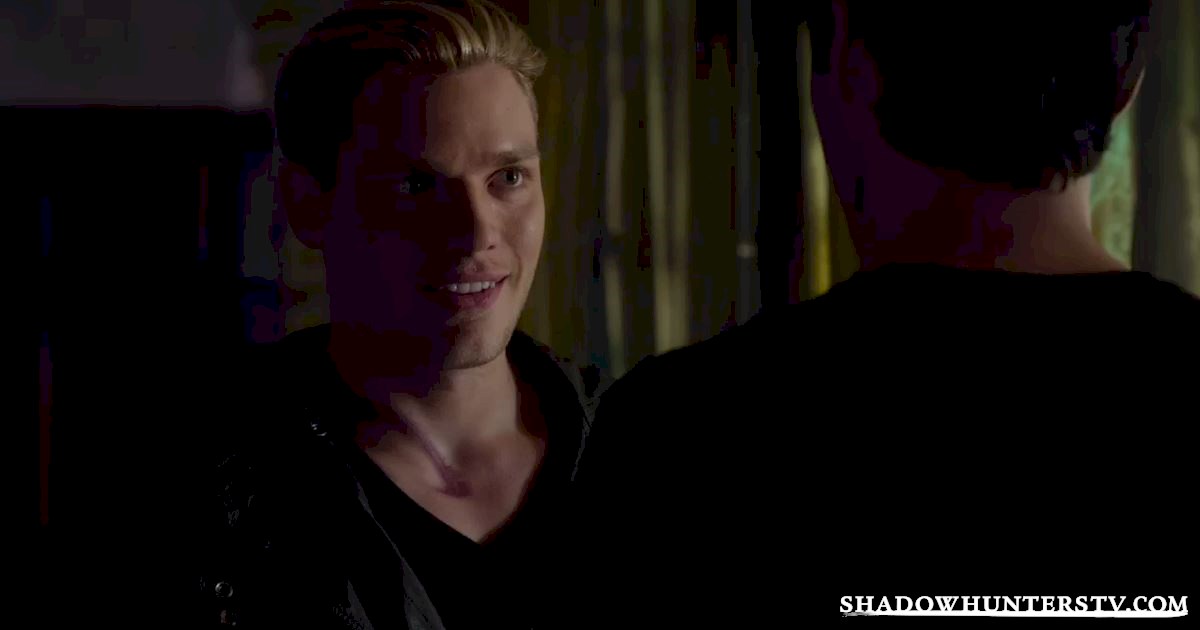 While Jace and Izzy are away, Alec and Clary keep themselves busy in the weapons room. Clary reveals that her mom, Jocelyn, kept a box that had belonged to her father and that whatever was in that box meant a lot to her. She explains that if they can hunt down the box then they might be able to find something to track Valentine with. Alec refuses to go back to the loft to uncover the box so Clary slips off alone while he is distracted by an unexpected phone call from Magnus. 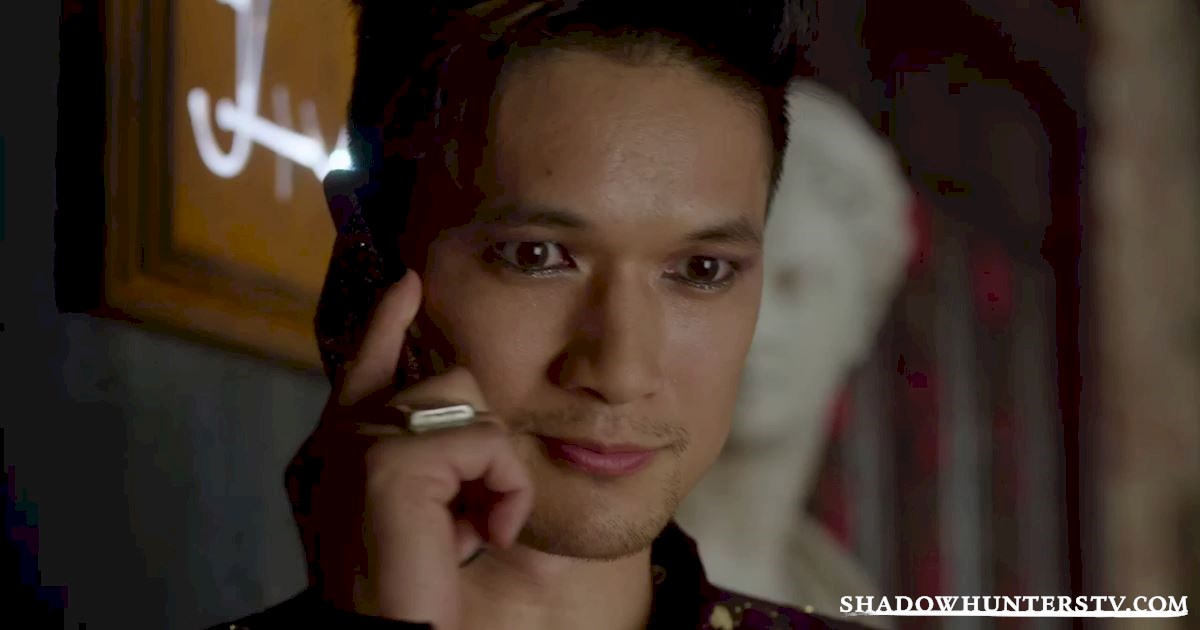 Welcome to The Jade Wolf

A large wolf stalks through a Chinese restaurant which is fittingly named Jade Wolf. No one looks phased by the four-legged addition and one diner in fact nods the wolf towards the kitchen. The wolf disappears behind the swinging kitchen doors and there is a bright flash of blue light and a man emerges. The diner stands up and begins to speak to the others. He questions the difference between the Circle and the Clave, and accuses Shadowhunters of killing Downworlders without reason. He reveals a photograph of Clary and proposes that they hunt the Mortal Cup down for themselves. 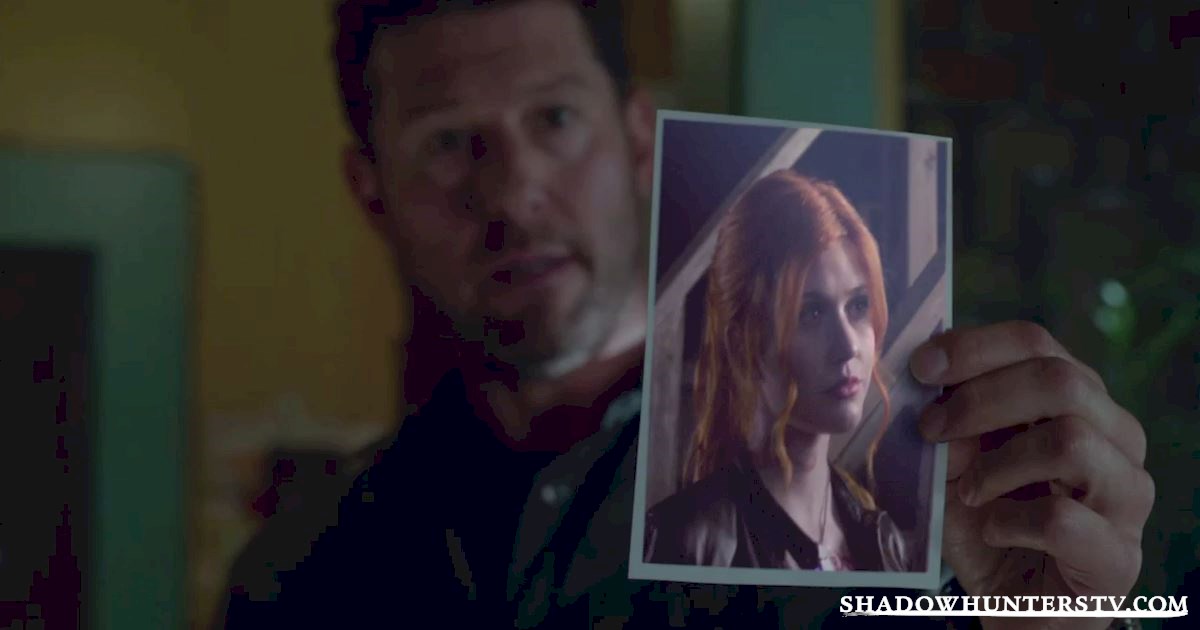 Alec finds Clary stood outside the Brooklyn Academy of Art just as she receives a call from Simon. He begins to tell her how he’s been feeling odd since being at Hotel DuMort but she cuts him off, explaining that she’s on her way to the loft to retrieve something that could her find her mom. Clary confronts Alec about his feelings for Jace. 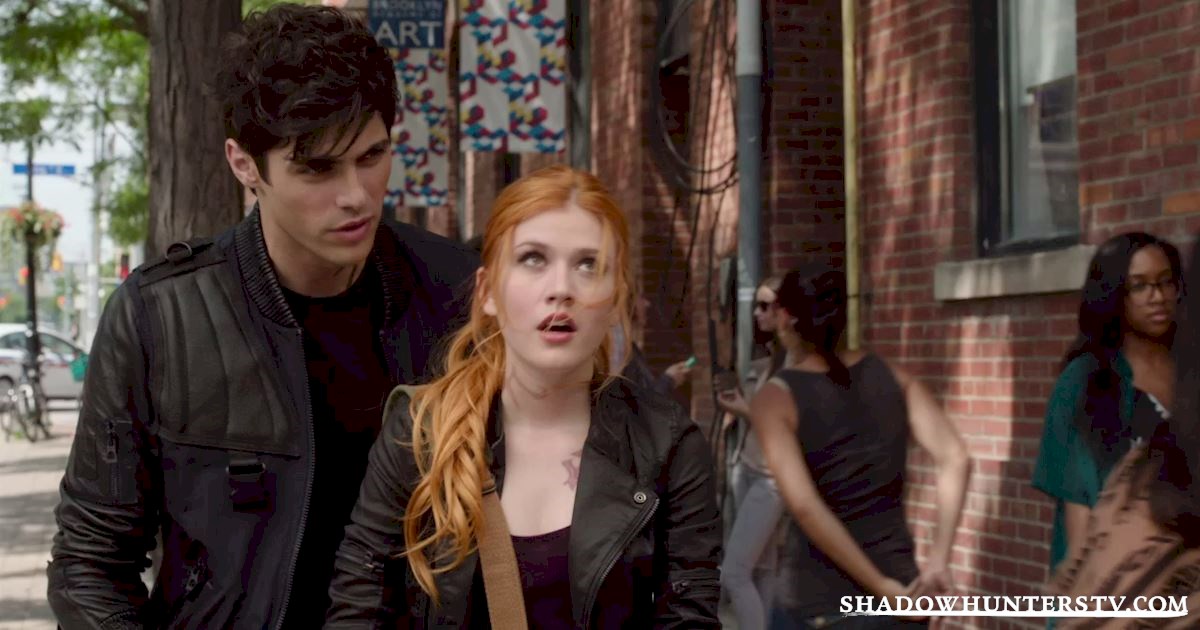 Hidden in Central Park, Meliorn mourns the death of two fellow Seelies. Jace and Izzy arrive in search of information. Back in his Chernobyl lair, Valentine has gathered the Circle to hear his grand masterplan to use Downworlder blood to create a superior race of Shadowhunters. 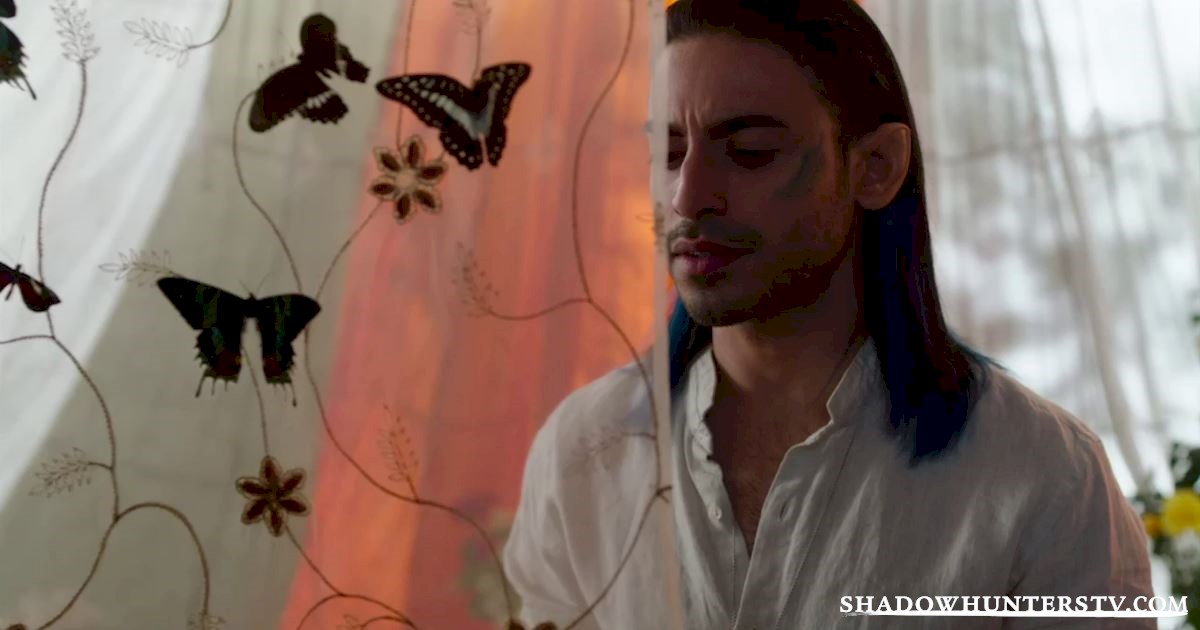 What's Up with Simon?

In Brooklyn, Simon leads Clary and Alec through a short cut to the loft. They find hundreds of protective runes drawn across the walls, and Alec becomes suspicious of Simon when he reveals that he can see them too, questioning when he got the Sight. Simon uses his newly acquired strength to break open the locked door. 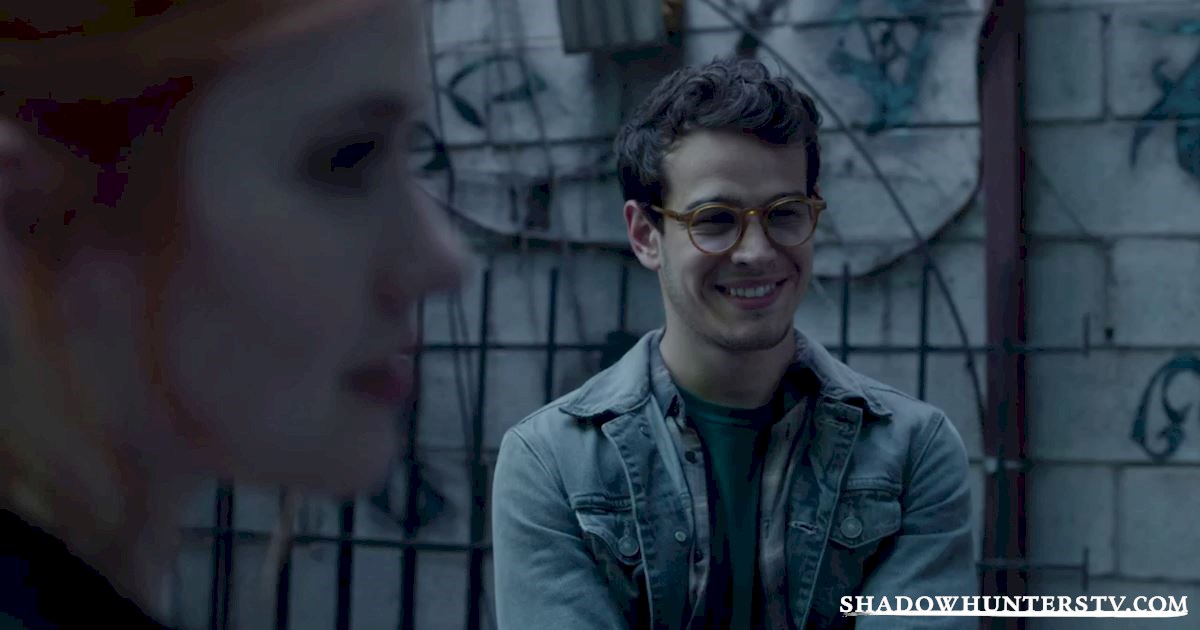 Inside, the loft has been burnt to a crisp and with it, Clary’s previous life. Simon notices something odd about the floorboards. Underneath the floor, Alec discovers a wooden box with the letters J C engraved on the lid. Alec hears a noise outside, goes to investigate and spots a werewolf prowling in the bushes. Meanwhile, Clary and Simon are forced into a black car by two men. Alec runs to help them but he’s too late and the car drives out.

The Seelies are in mourning.

Back in Central Park, Izzy questions Meliorn about the Seelie queen cutting off all contact with the Clave. Jace points out that the fair folk are in mourning over the death of the Seelie scouts. Meliorn explains that the Accords don’t provide equal protection for all Shadow Realms. Upon hearing of Clary’s disappearance, Jace rushes to the loft to help search for her.

Two men take Clary and Simon to Jade Wolf, where they handcuff the duo and demand Clary to tell them where the Mortal Cup is. When Clary insists she doesn’t know, they drag Simon away, threatening to hurt him if she doesn’t spill the deets. Clary lies and tells them that the Mortal Cup is under the loose floorboard in her room. Simon, who has been tied up in a back room breaks free. He finds a phone in a locker and calls Clary’s phone. Jace answers and Simon explains that they have been taken to Jade Wolf. 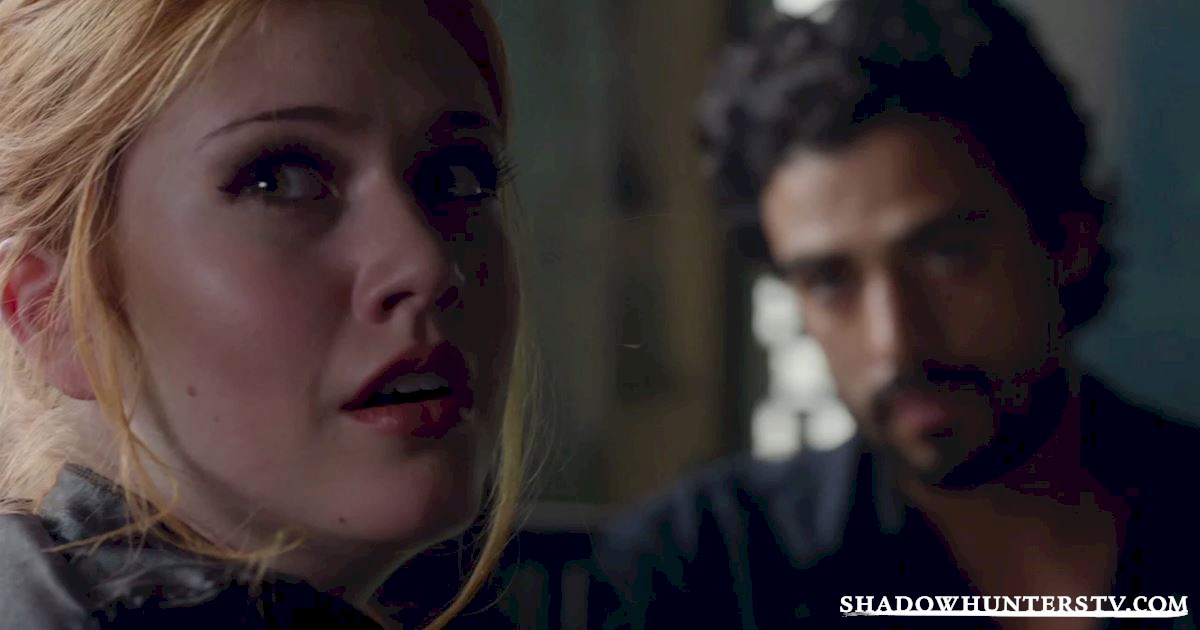 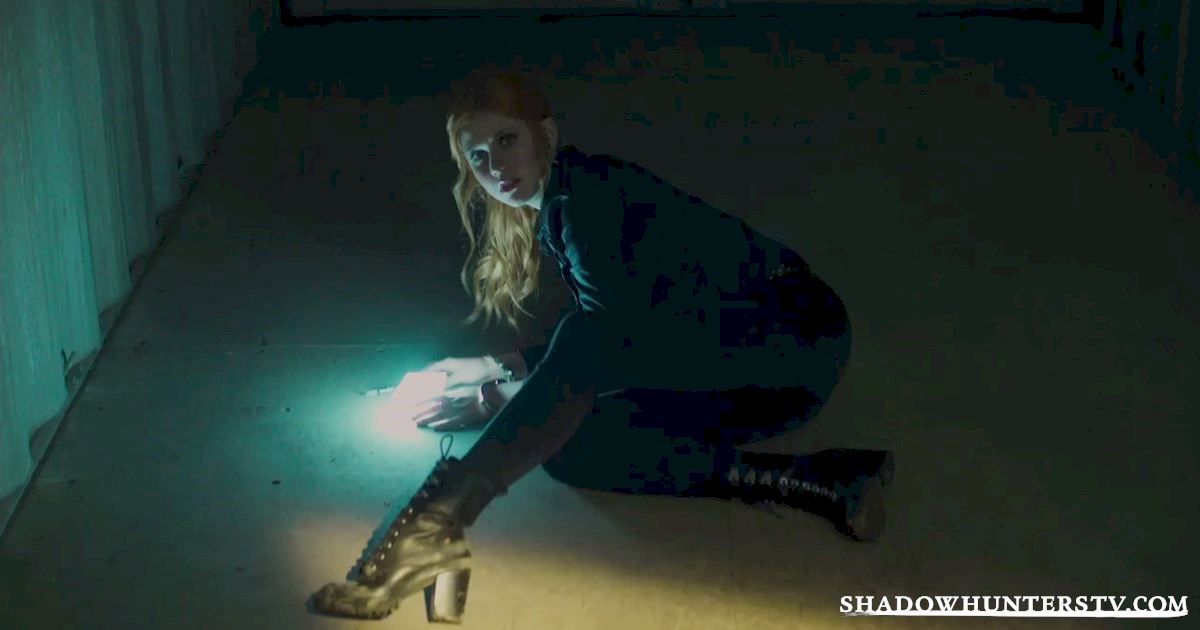 The gang leave Luke lying disorientated on the floor and make a run for it. Just when they think they're safe, the gang realise that they are surrounded by werewolves. The Alpha male approaches them, snarling and clearly ready to attack. The wolf leaps towards the Shadowhunters but as it does so is intercepted and killed by another wolf. It transforms into Luke who is made the new Alpha werewolf. He is seriously wounded so Jace, Simon and Clary take Luke to Magnus to heal him. 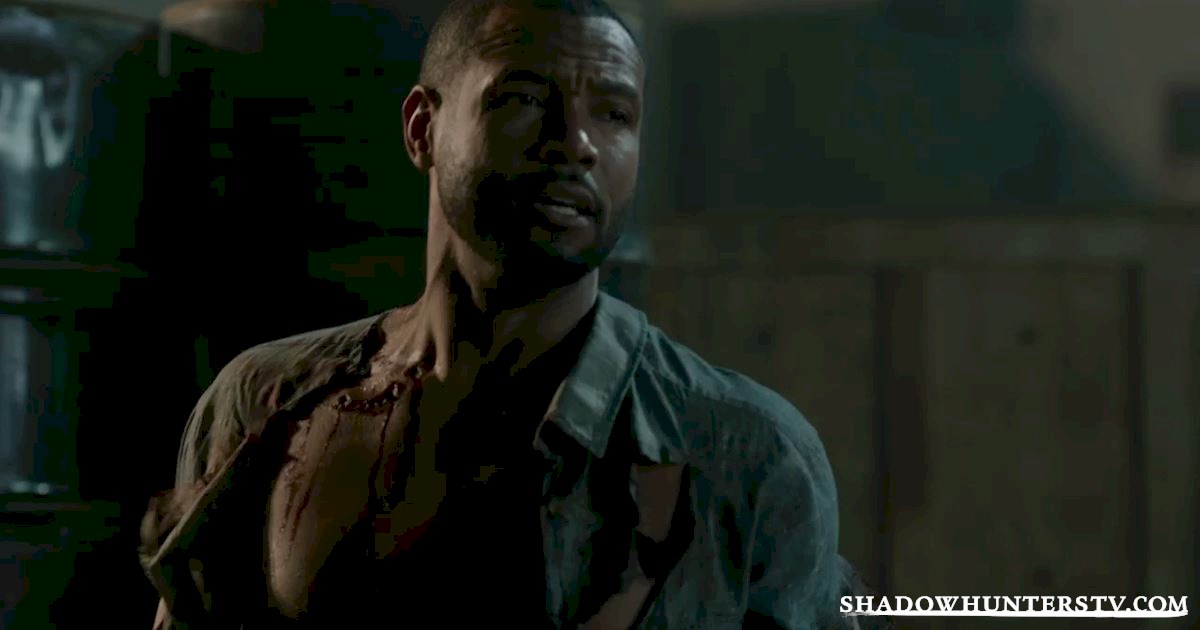 Alec is torn between duty and loyalty to Jace. 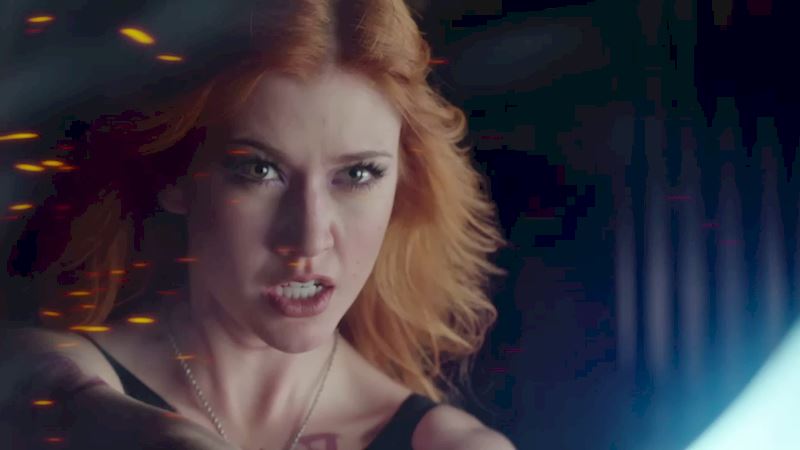 Shadowhunters: An Essential Guide To All Things Shadow World 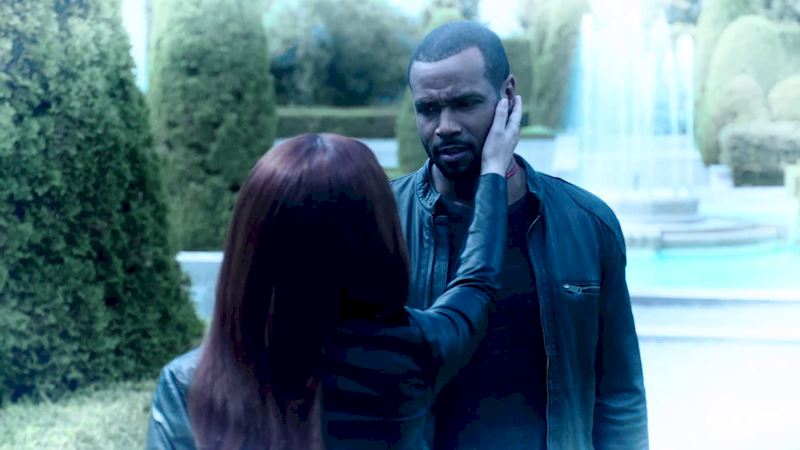 11 Feelings We’re All Having Halfway Through The Season!

[QUIZ] Do You Have What It Takes To Be The Leader Of The Pack?