Thanks for hanging out with us here at Freeform.go.com! If you were at the panel, share your photos on instagram and twitter with the hashtag #shadowhuntersatWonderCon and we'll feature some of them on site! (www.disneytermsofuse.com) 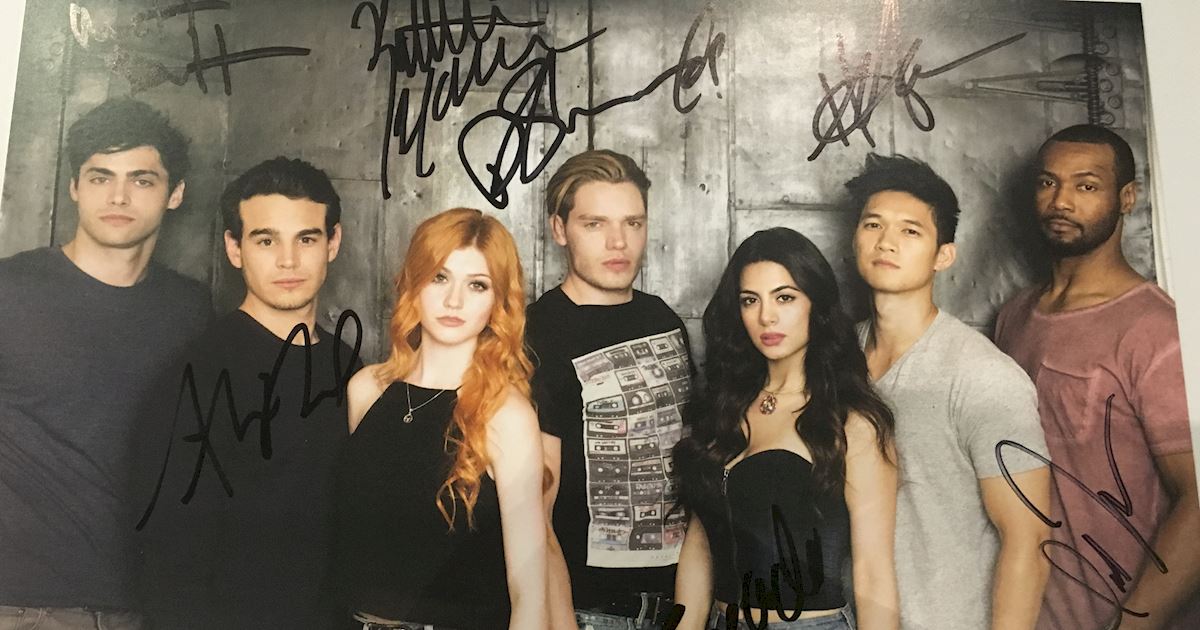 A kiss from Malec! 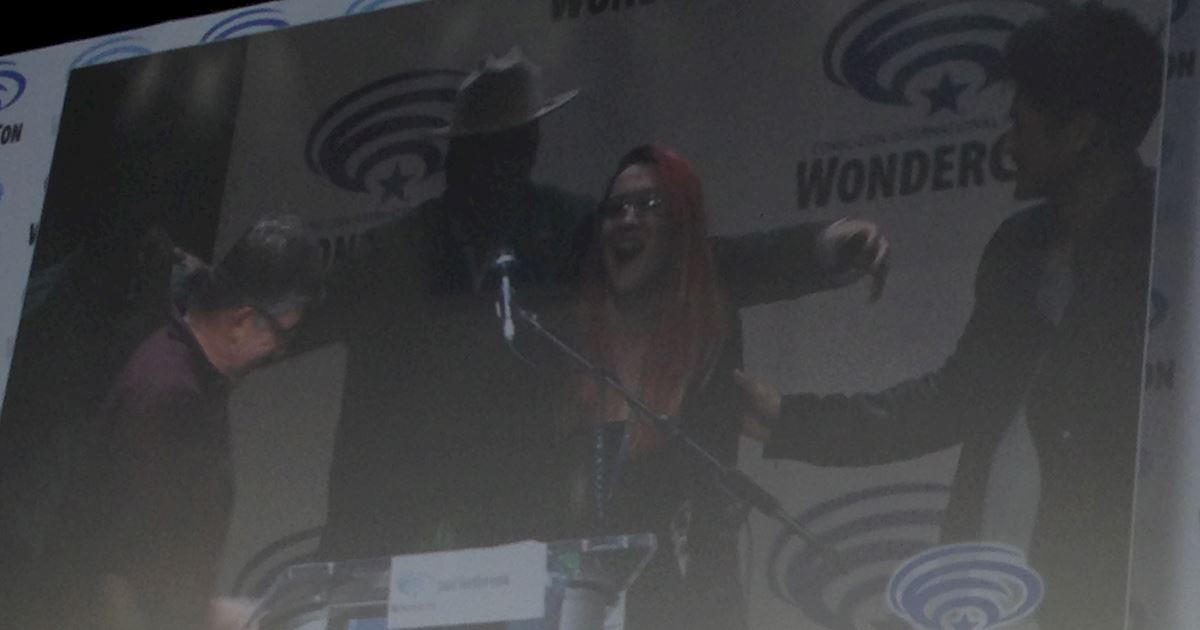 When an audience member lamented the kiss from Jace, McG pulled her up and stage. And put her between Matt and Harry. A kiss from Malec, team. Heaven.

Audience Question: Will we meet Sebastian?

Since he's a fan favorite of the book series, this was a question we wondered ourselves. Said Ed Decter: "He will be in the series, but it’ll be a while."

Who would they all want to play besides their own character?

Harry: "A silent brother. It would suck, but it'd be amazing."

Matthew: Isabelle. Because of the costumes and she's a badass.

Emeraude: Someone different every day.

Dominic: Meliorn, "his whole groovy thing, his sexuality, his ears."

Ed Decter: Magnus. "The magic really helps us in the writers room."

Are there spoilers for the finale and season 2?

No. No there are not. All anyone would say is that there will be cliffhangers at the end of the season, but with the pick-up having just happened, there aren't scripts written yet. Mainly though, the cast wanted to thank YOU, the fans, for supporting the show!

So then McG asked if anyone would like to kiss Jace. 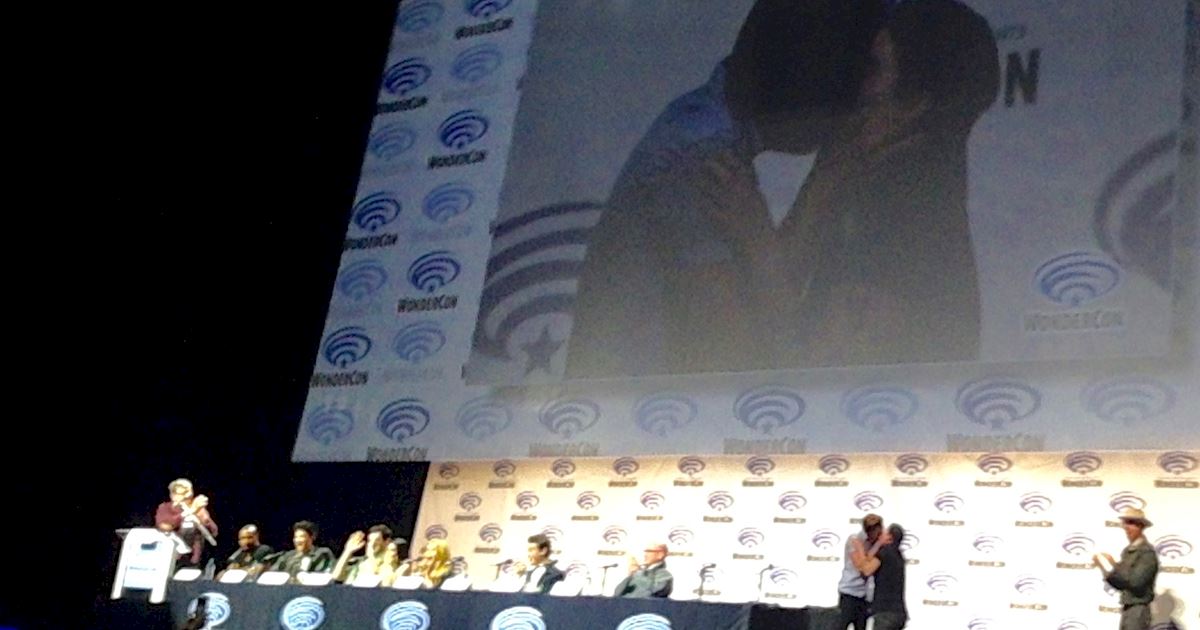 McG does this at panels. He brings audience members up on stage and just adds them to panels. In this case, Dominic Sherwood kissed her on stage.

Harry discussed Magnus. There will be more of his backstory revealed in episode 12!  He also spends up to 2.5 hours in the makeup chair having make-up applied. And then McG piped in, "we need more dance sequences from Magnus." 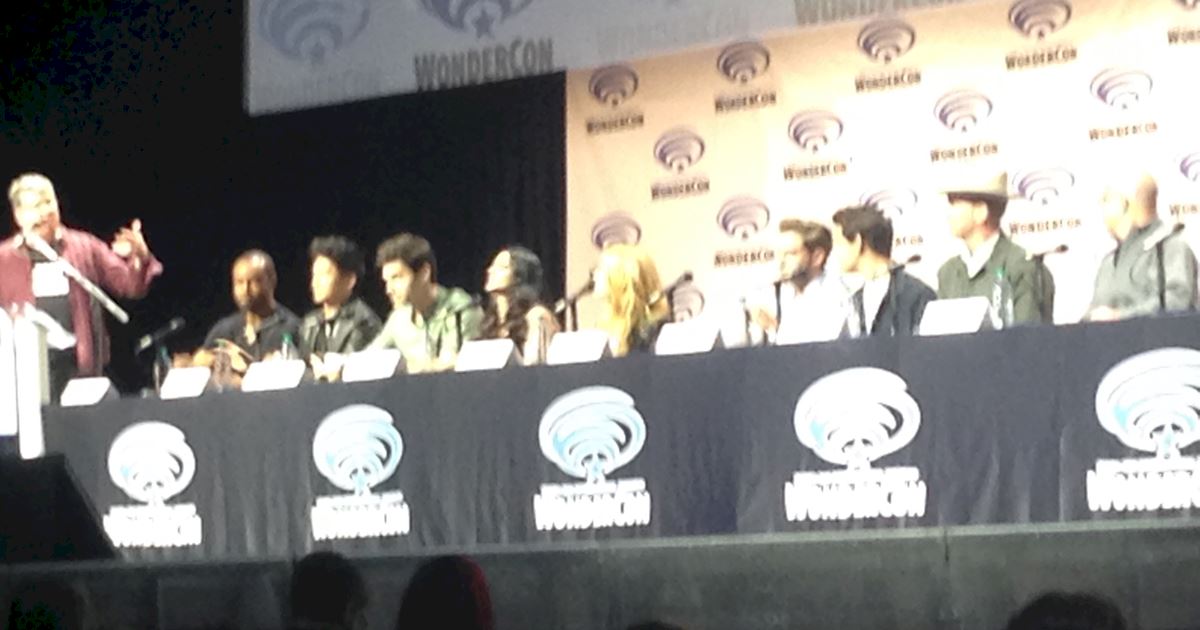 Matthew and Dominic talked about the relationship between Jace and Alec. There's animosity there right now, but as Dominic put it:

"The love that Alec and Jace feel for each other is so complete and unending that when they do come to blows, it's because they do love and care about each other....without passion, there's nothing."

The point was raised that Lydia could have been a really evil character, but Ed talked about how they made a choice to make sure that she wasn't. There's more to come from her, they say. So stay tuned.

Magnus shows up. At the wedding. And is a little mean to Marys! And then the video cut out!

They're showing an exclusive clip!

You guys! You guys! We're watching the wedding from Episode 12!

With a Team Malec t-shirt!

We're about to start!

This theater is giant! And the crowd is clearly really excited!

Join us here for live updates at 2pm PST/5pm EST! 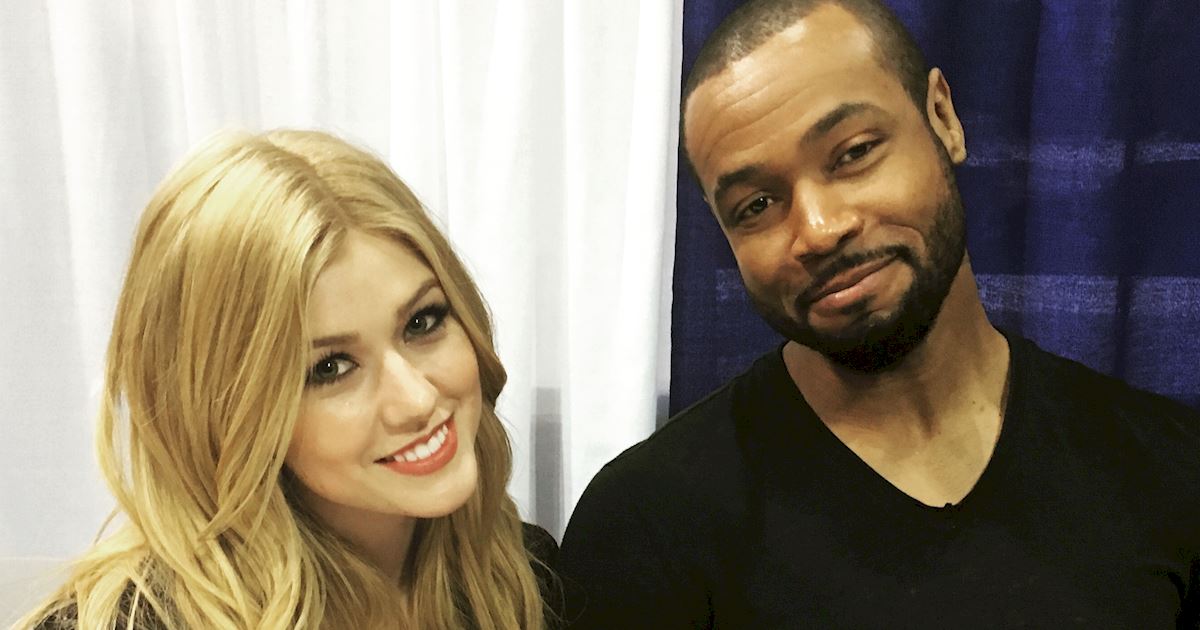 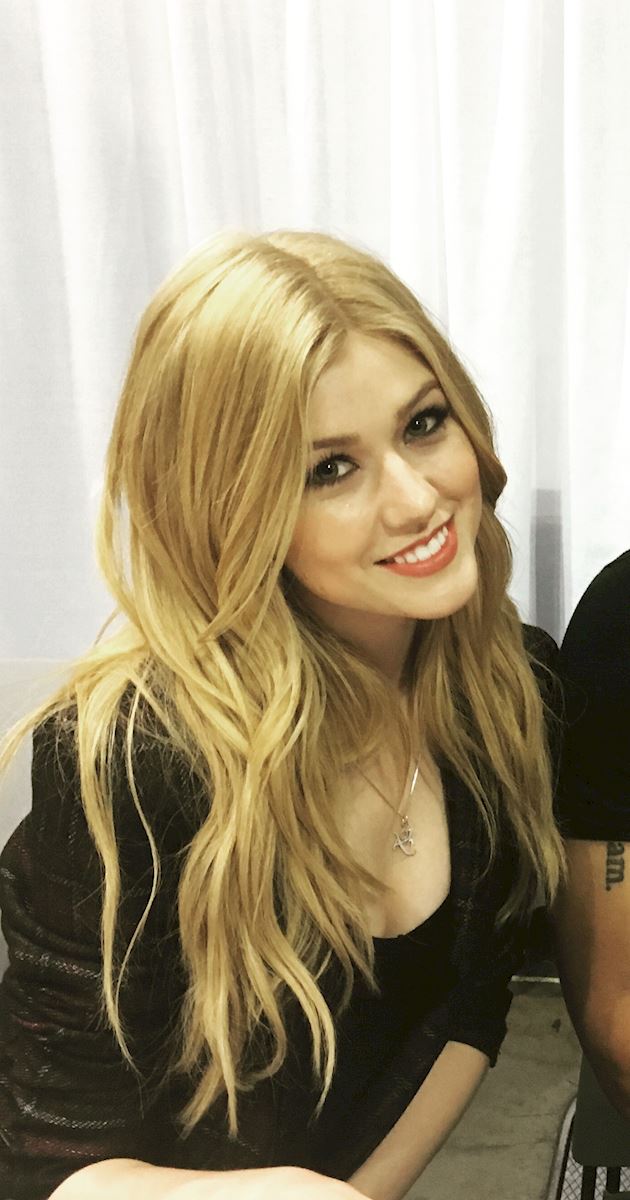 She really makes it all looks so effortless. 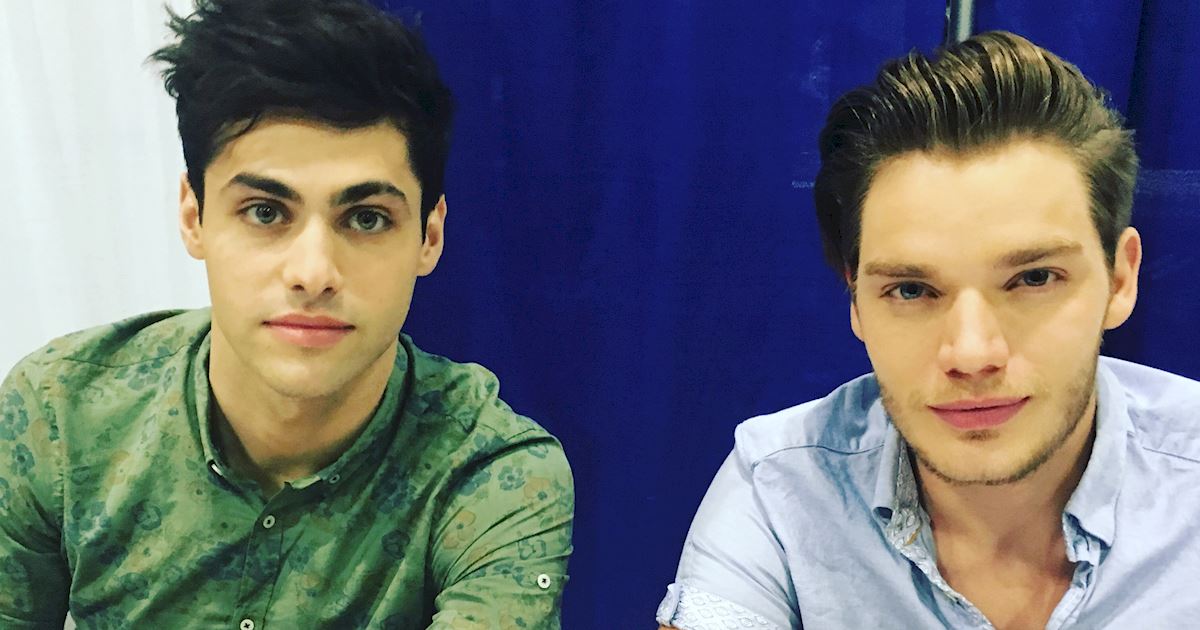 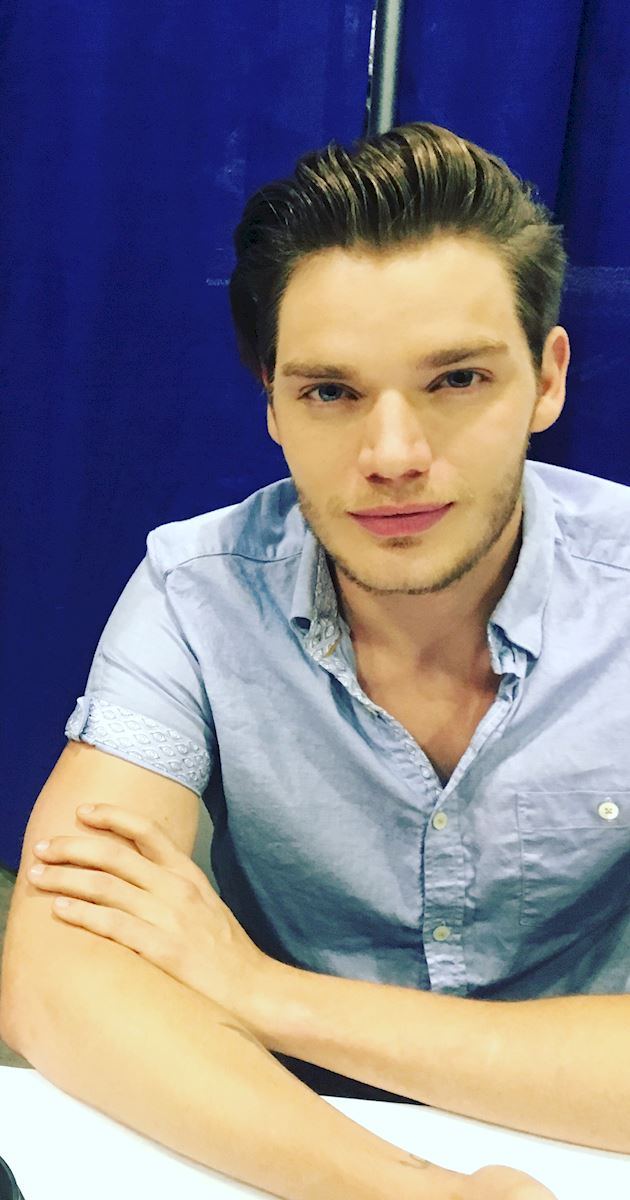 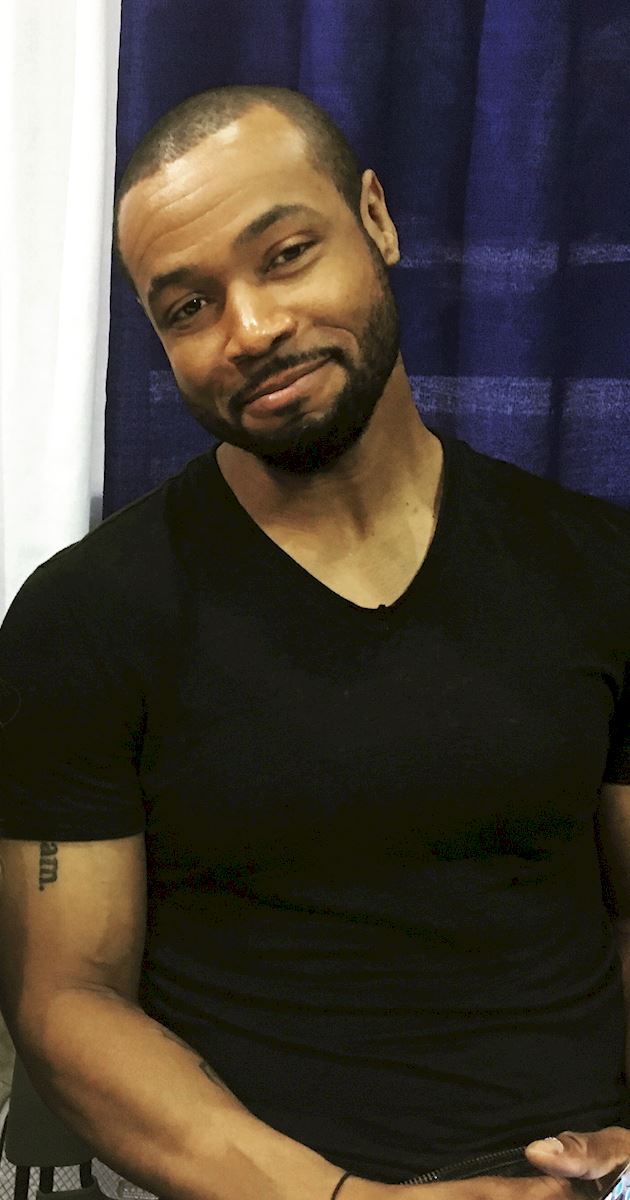 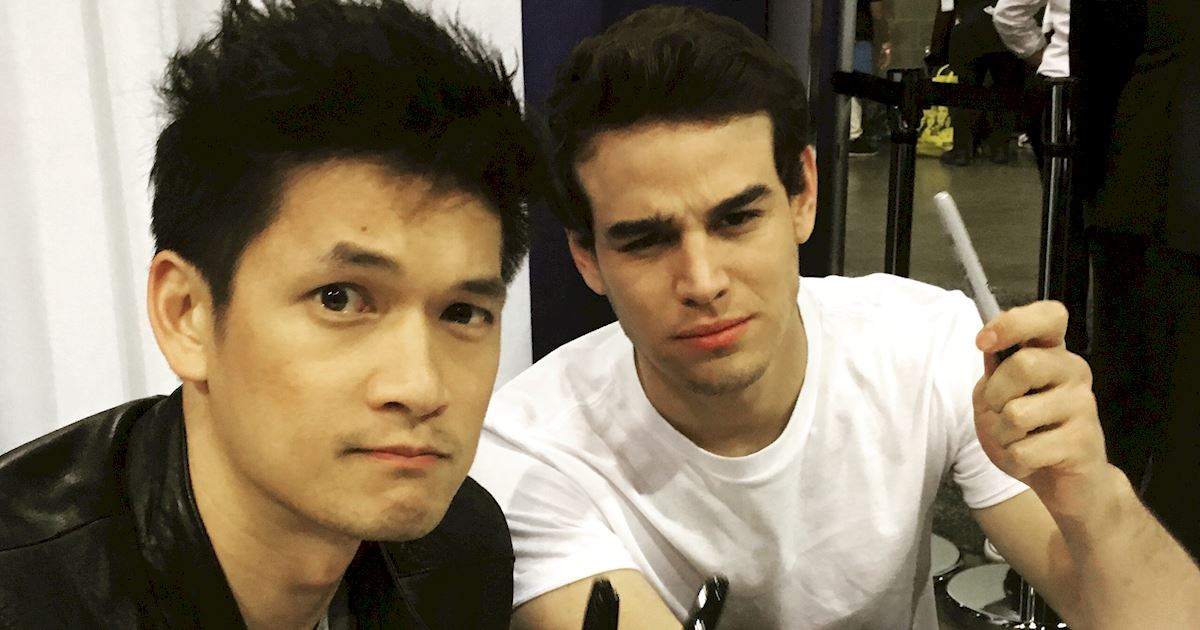 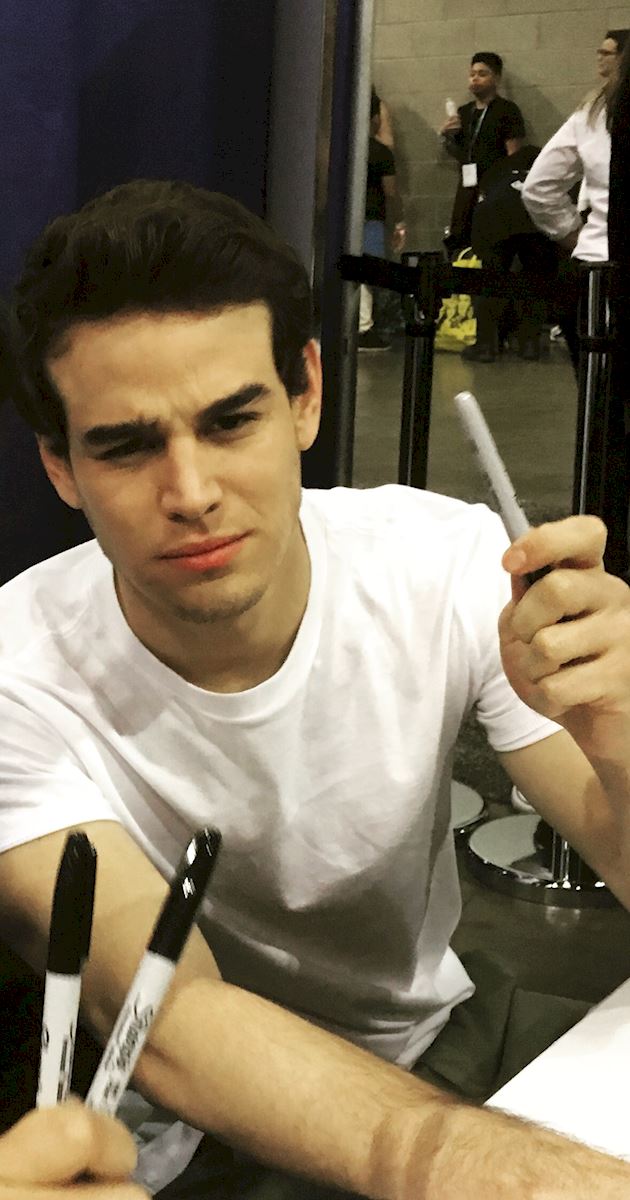 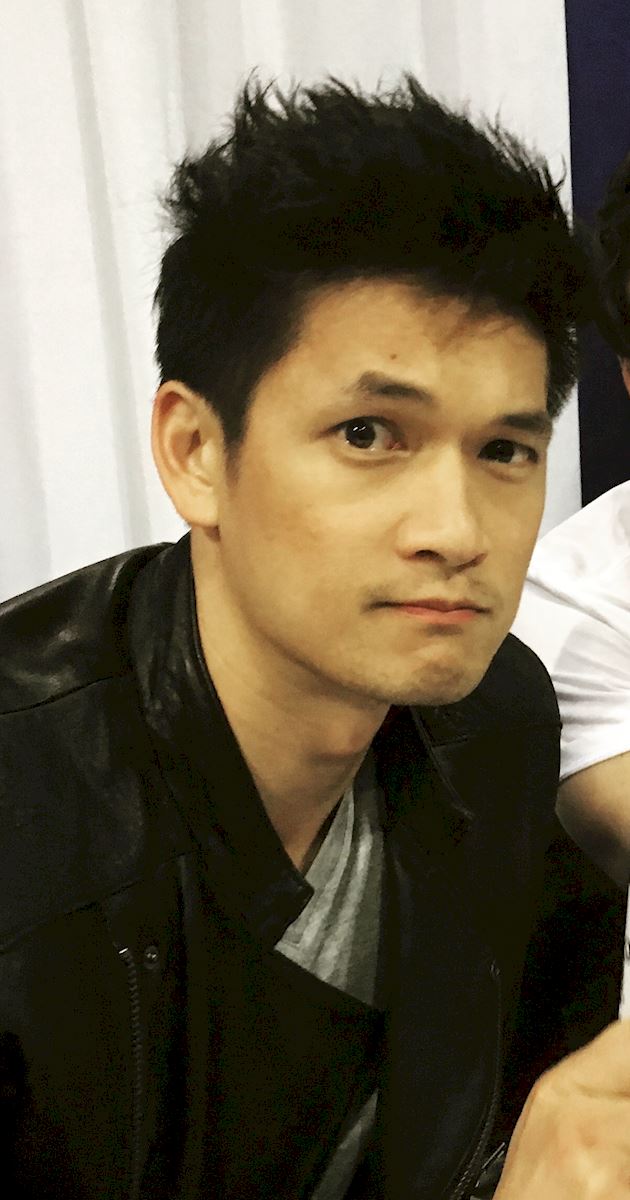 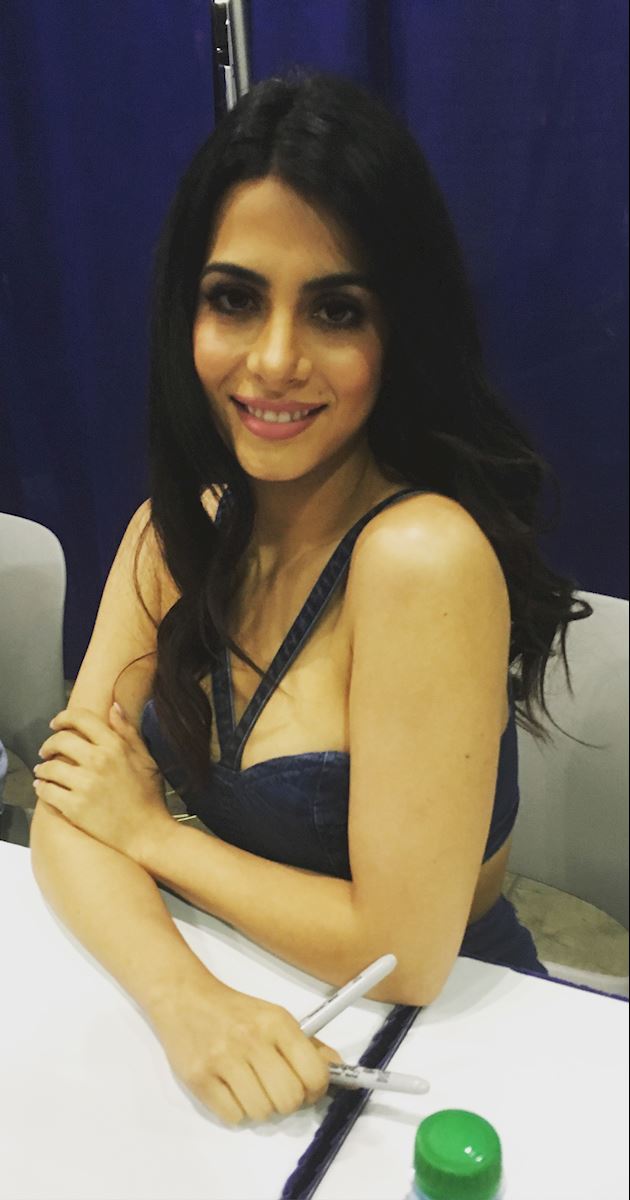 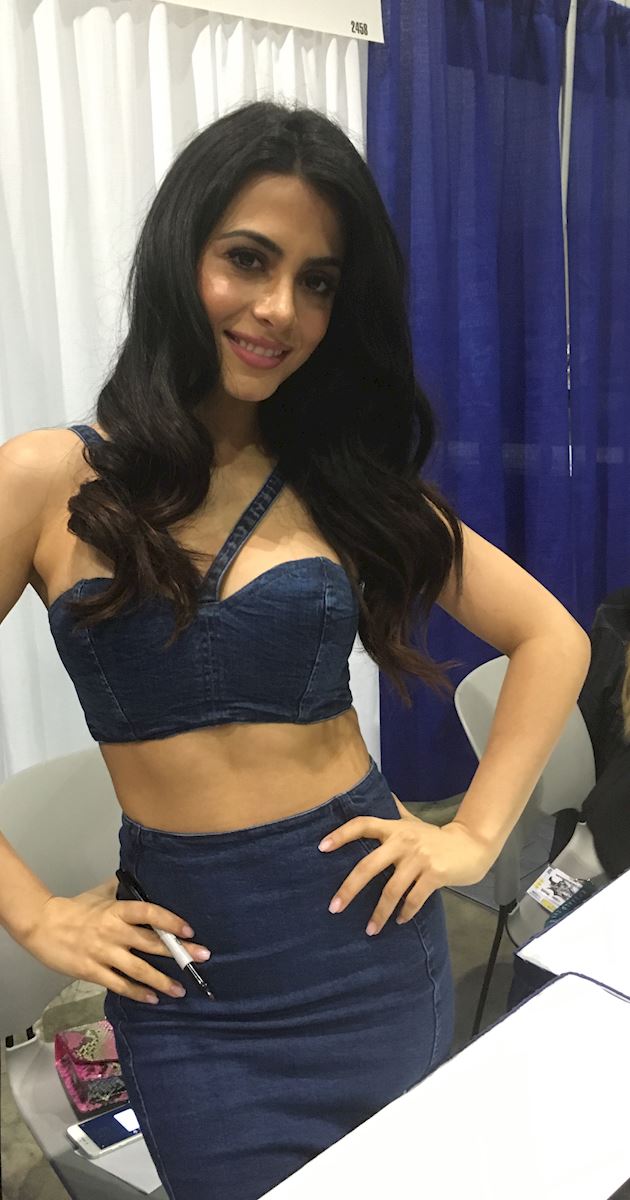 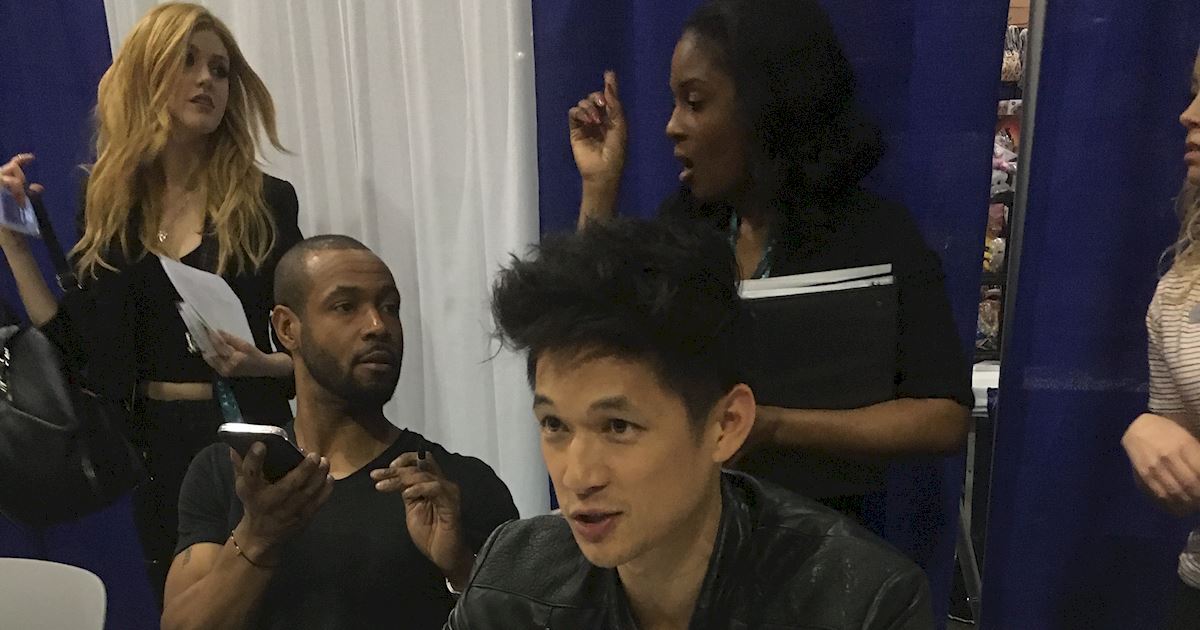 Katherine McNamara. Basically airbrushed and action shot all the time. Even in real life. 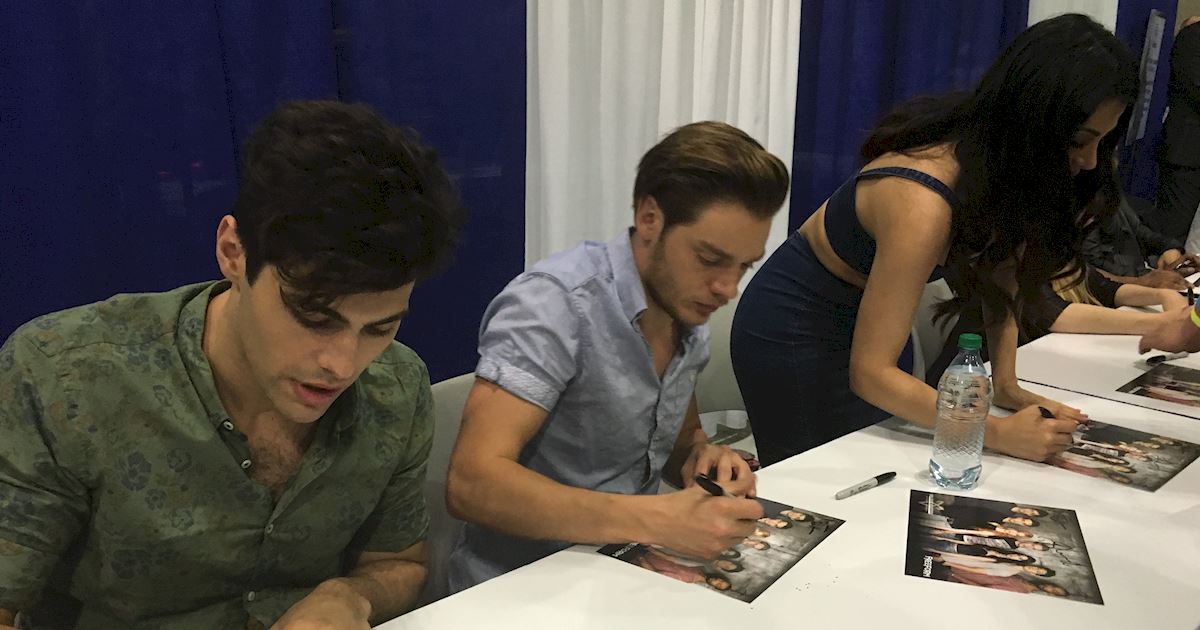